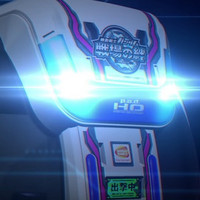 It's been a while since the first Mobile Suit Gundam: Senjou no Kizuna game launched in Japanese arcades. That was back in 2006, followed by a PSP port in 2009, and now a sequel is finally on the way to game centers in Japan.

Mobile Suit Gundam: Senjou no Kizuna II was revealed at Japan Amusement Expo 2020, and will have players leaping into their mobile suits and hitting the battlefield as a soldier in the war between the EFF and Zeon forces in UC 0079. A Twitter account is now live, and you can see the announcement trailer for the "Mobile Suit Survival Game" below.