First the rice goddess, now we have the mikan maiden! 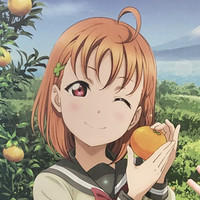 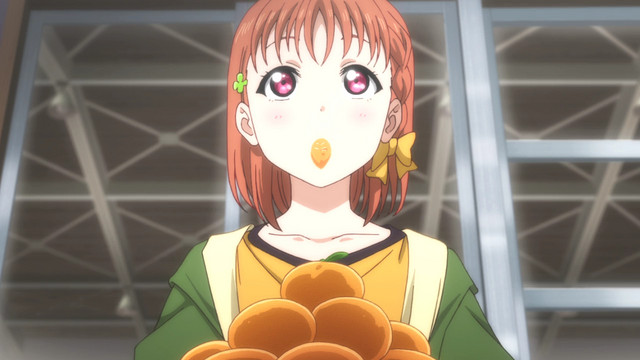 Hot off the juicy presses in Japan, on February 12 in a ceremony at LaLaport Numazu, Aqours leader Chika Takami was appointed as the ambassador for Nishiura Mikan. Nishiura Mikan is a local brand of a type of mandarin orange (depending on different parts of the world, mikan are classed as a different product than oranges in Japan) that are grown in Numazu, Shizuoka Prefecture from local company JA Nansun, who offered the ambassadorship to Chika.

Mikan is a local product of the area where Love Live! Sunshine!! is set and has been seen in the TV anime series many times, including with Chika dressing up as the fruit. While today was the formal celebration and signing of the contract, Chika has been seen on Nishiura Mikan in the past, as well as advertising campaigns. On behalf of Chika, her voice actor Anju Inami attended the inauguration ceremony and signed the required paperwork. In the past, Inami visited the real-life mikan farm for a TV special and has promoted the fruit around Japan.

In Love Live! Sunshine!! TV anime, Chika's favorite food is mikan, with her official color being orange. Inami, on the other hand, refutes this and claims that Chika's color is actually mikan "because mikan is the local color!" If you visit Numazu, the real-life home of Aqours, you'll be able to try all the different mikan products on sale! 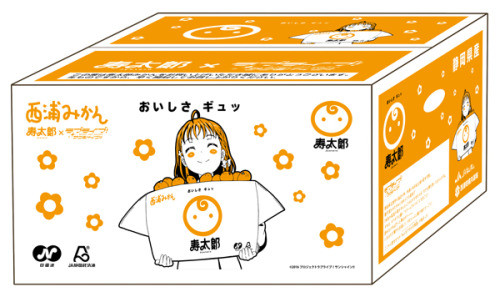 Now if only an orange-based company wanted Hime as an ambassador... she and Chika could be orange-based fruit friends!