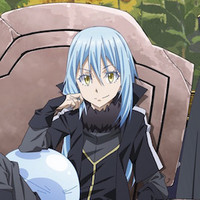 The Anime Awards celebration rages on, but we're also officially looking ahead to the Fall 2020 anime season, which is when That Time I Got Reincarnated as a Slime Season 2 makes its Crunchyroll debut. In addition to territory details, Crunchyroll premiered a worldwide exclusive promo along with commentary from the anime's voice cast members.

Here are the details so far:

Tags
that time i got reincarnated as a slime, anime awards
« Previous Post
My Next Life as a Villainess: All Routes Lead to Doom! is Coming to Crunchyroll!
Next Post »
So I'm a Spider, So What? Anime Spins Its Web on Crunchyroll This Year
Other Top News
25 Comments
Sort by: