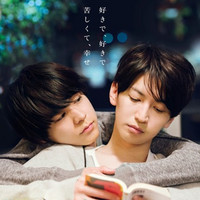 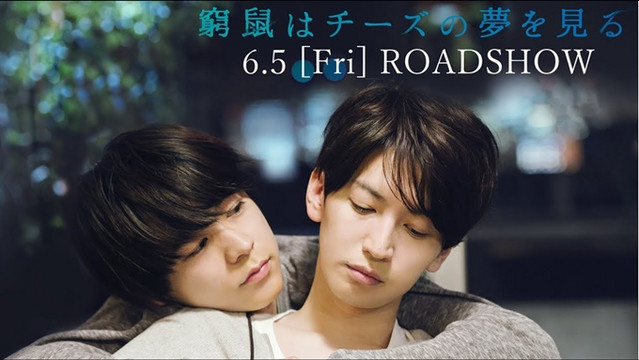 While showing their sweet time to relax at home, the first clip also depicts the pain and loneliness of love between the two men. The tagline for the film is "Suki de, Suki de, Kurushikute, Shiawase" (I love you, I love you, painful, and happy). 59-year-old award-winning Isao Yukisada (GO, River's Edge)-directed adaptation is set to be released in Japan on June 5, 2020.

Kyoichi Otomo, who has been passive for love with women who love him from thier side since his school days, is reunited with his university junior Wataru Imagase after 7 years. Kyoichi is bewildered when Imagase said to him, "I've always loved you." But he is taken in by Wataru's pace and ends up living together soon. Kyoichi gradually opens his heart to the single-minded Imagase, but Kyoichi's old girlfriend Natsuki appears and their relationship begins to change. 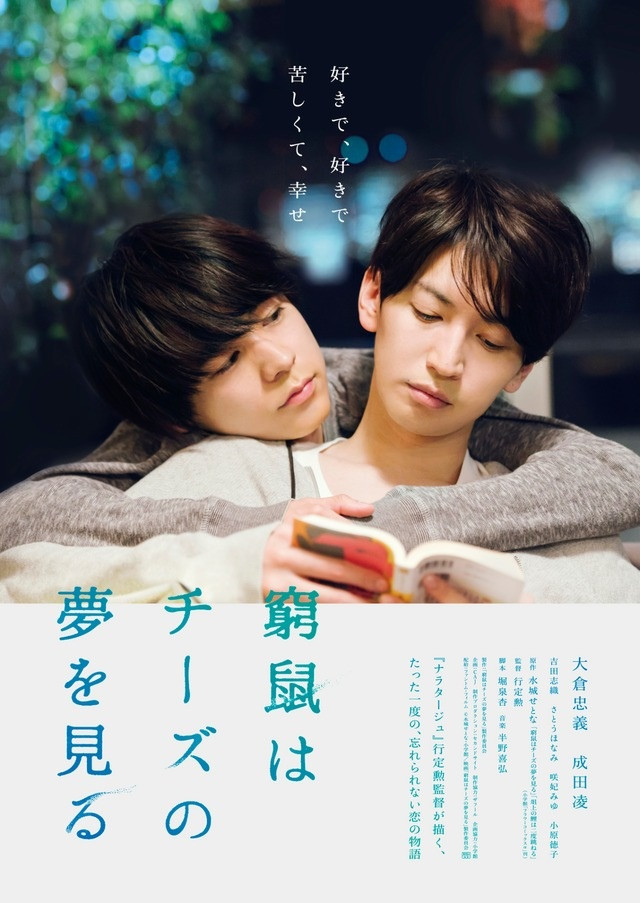 Advance ticket with a clear file will go on sale at theaters on February 21.

"The Cornered Mouse Dreams of Cheese" & "The Carp on the Chopping Block Jumps Twice" manga covers: 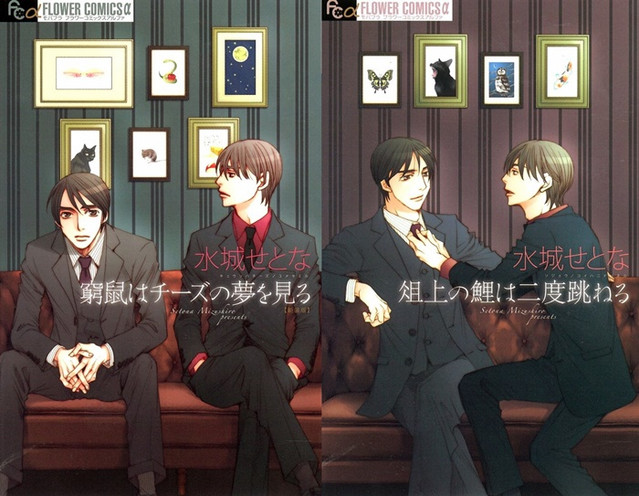