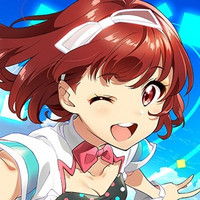 A 70-minute all-new anime film inspired by Donuts' smartphone rhythm game Tokyo 7th Sisters is now in the works. The news was revealed in the 80-second video streamed last night to announce the two projects to celebrate the game franchise's sixth anniversary. Another project is the production of "Episode 6.0," the final chapter of its "Episode" series that has told the stories about its characters and units.

The idol-themed game franchise was launched in February 2014 and has attracted more than one million registered users. Its first short anime MV "t7s Longing for summer Again And Again - Harukaze-" released in April 2017 was animated by Chiptune (Vinland Saga CG director, If My Favorite Pop Idol Made It to the Budokan, I would Die art designs/director of photography).

According to the video announcement, the forthcoming film is produced by Toei Animation (One Piece, PreCure series), and its time-limited theatrical run in the summer of 2020 is planned.

"Tokyo 7th Sisters" To Get Animated