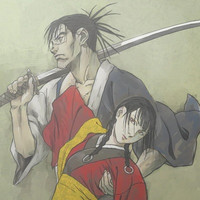 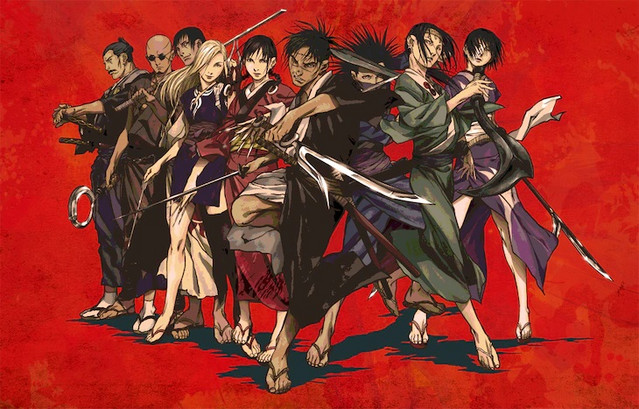 Blade of the Immortal, a 2019 - 2020 anime originally distributed exclusively on Amazon Prime Video, is slashing its way to Japanese television with upcoming broadcasts on Tokyo MX and Mainichi Broadcasting System in April of 2020. A new key visual featuring the main cast (above) was also published to celebrate this new release.

The original Blade of the Immortal manga by Hiroaki Samura was serialized in Kodansha's Afternoon seinen manga from 1993 - 2012, and an English language version of the series is published by Dark Horse Comics. Amazon describes the story of the series as follows:

Edo, an era of warriors. There lived an immortal man, the Slayer of Hundreds, 'Manji.' He meets Rin, who has sworn vengeance for her parents. Rin's grudge is against a group of swordmasters – Ittou-ryu. She asks Manji to be her bodyguard on her journey. He refuses, but then sees his late sister in Rin. So began the violent struggle that would bring even the immortal Manji to his knees. 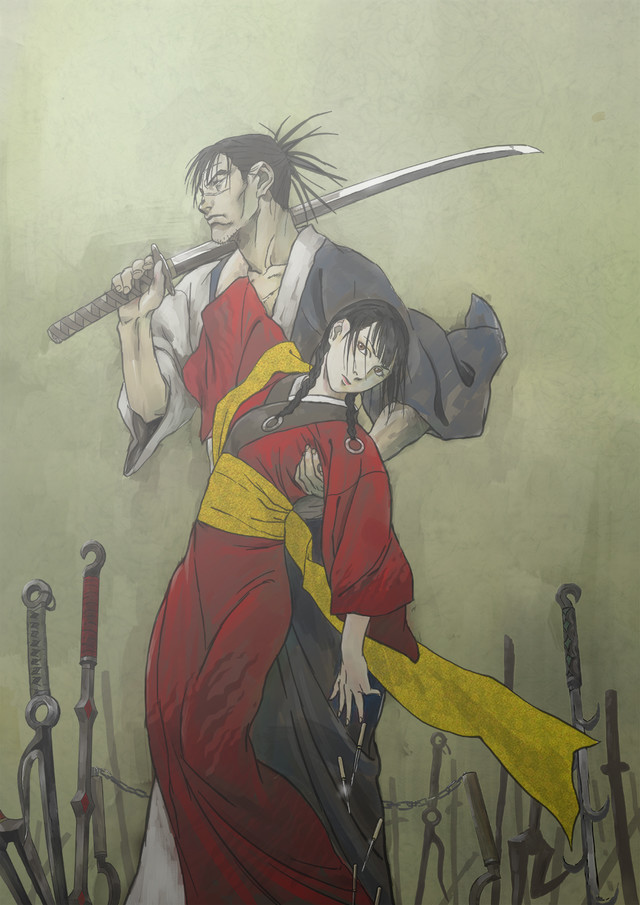 The 2019 - 2020 Blade of the Immortal TV anime is directed by Hiroshi Hamasaki and features animation production by Liden Films. The series will broadcast on Japanese TV as follows:

Please note that some Japanese TV schedules count early-morning programming as late-night programming of the previous day, so for example the 25:35 time slot on Tuesday evening is actually on Wednesday morning at 1:35am JST.

Heroine Freaks Out in New Trailer for Wave, Listen to Me! TV Anime