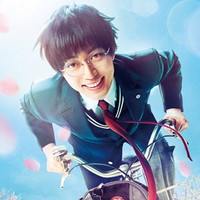 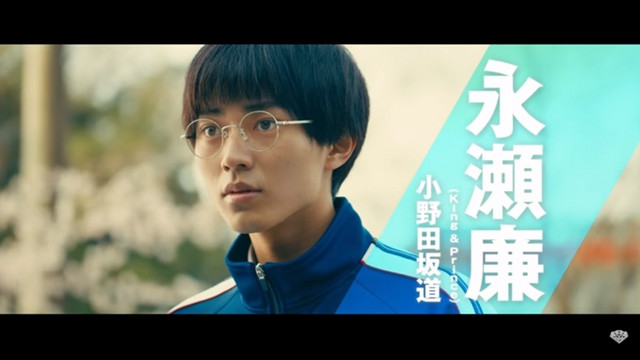 Other main cast in the clip include 21-year-old Kanna Hashimoto (Kagura in Gintama, Kaguya Shinomiya in Kaguya-sama: Love Is War) as the main heroine Miki Kanzaki and 22-year-old Kentaro Ito (Takao Kasuga in The Flowers of Evil live-action film) as Shunsuke Imaizumi.

Also, the protagonist Sakamichi Onoda's anime voice cast Daiki Yamashita narrates the film's title in the teaser. He says, "I saw the teaser trailer and was very happy to know that it tells the manga's story carefully from its first volume. Still, there are many things that I am curious about, such as, Will 'Koi no Hime Hime Pettanko' be sung? and How Naruko-kun's red hair and Kansai dialect will be treated? I can't wait to see more information revealed in the future. I was really happy to narrate the film's title. I would like to use this as an opportunity for a collaboration between the anime and the film to make 'Yowamushi Pedal' more exciting!!" 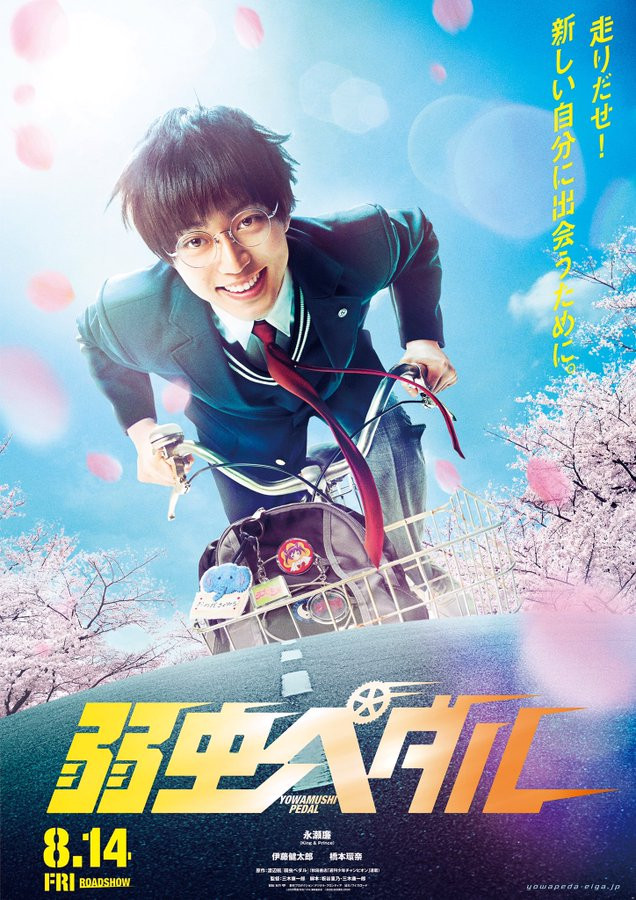 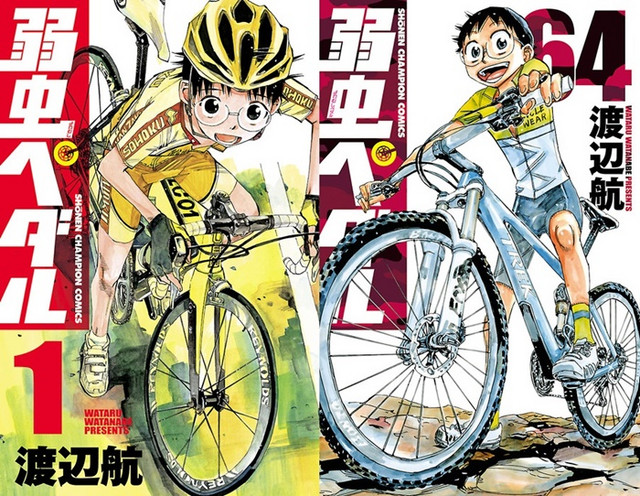