Washington state event plans to be back for 2021 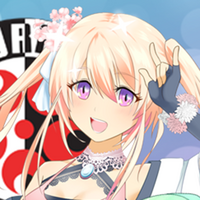 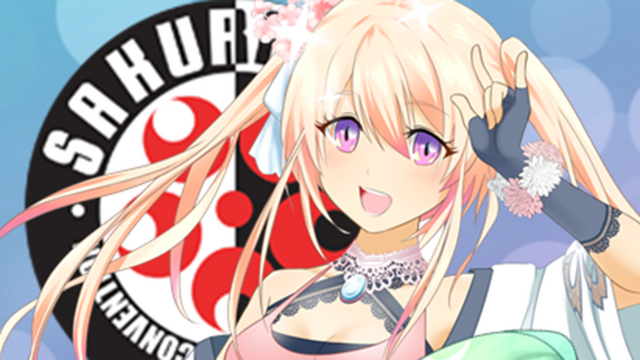 As concerns grow amid the COVID-19 pandemic, many spring events are delaying or cancelling—either by choice or due to temporary restrictions put in place nationwide. The latest to close its doors for 2020 is Sakura-Con, as announced today on their Facebook page.

Sakura-Con, which began in 1998 with just over 300 attendees, is currently the northwest United States' largest and most well-attended anime and manga event. Attendance exceeded 25,000 in 2017, and the convention continues to pull impressive numbers.

On March 15, Washington governor Jay Inslee announced that he would temporarily be limiting public gatherings to no more than 50 people. Entertainment and recreational facilities have also been temporarily shut down, and restaurants are limited to take-out and delivery only. Grocery stores and pharmacies will remain open. 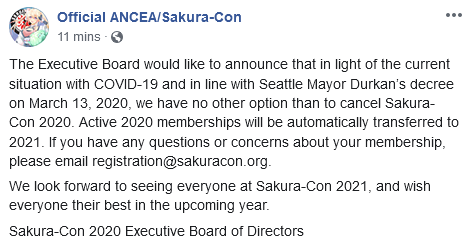 The official Sakura-Con Facebook page announced the cancellation earlier today, also mentioning that the convention's affiliated hotels would be reaching out concerning cancellations.

While we can't know yet when we will be in the clear, Sakura-Con's Facebook page notes they are planning to have a presence at events starting in June.