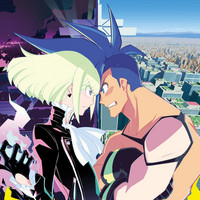 In the wake of the coronavirus pandemic shutting down movie theaters across the country to comply with mass gathering restrictions and enforcement of social distancing to minimize spread, distributor GKIDS Films has released a formal statement on the forced postponement of two scheduled anime film screenings in Children of the Sea and the fan favorite Promare (Complete) version.

In a subsequent announcement, as if to make up for the aforementioned postponements, GKIDS Films has also announced that the digital release of Promare has been pushed up to April 21st from its originally scheduled May 5th release date:

An update on #PROMARE...  pic.twitter.com/v0wDGDhHpP

Tags
gkids films, promare, children of the sea
« Previous Post
AMNIBUS Launches Cute and Comfy Ranma 1/2 Fashion
Next Post »
Resident Evil 3 Trailer Sums Up the Story So Far
Other Top News
0 Comments
Be the first to comment!
Sort by: