Will be animated at Signal M.D. under the direction of Kei Suezawa (FLCL Progressive) 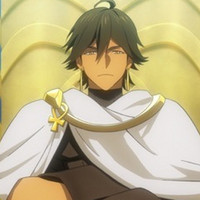 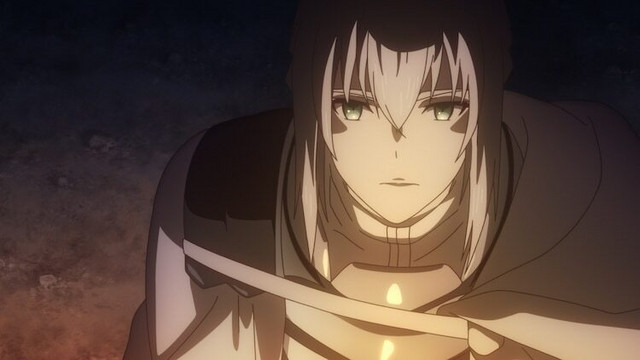 During the AbemaTV special for Fate/Grand Order The Movie Divine Realm of the Round Table: Camelot two-part anime film series on March 21, it was announced that the first part, -Wandering; Agateram-, will be released in Japanese cinemas on August 15. A new trailer was unveiled with new animation as well as introducing the characters from the popular game in animation.

Fate/Grand Order: Camelot -Wandering; Agateram- will be directed by Kei Suezawa (FLCL Progressive) at Signal M.D. with production help from Production I.G. Ukyo Kodachi (BORUTO: NARUTO NEXT GENERATIONS) will be handling the scripts based on the Fate/Grand Order game, with Takashi Takeuchi (co-founder of Type-Moon) as the lead character designer and Meiko Hosoi, Kazuchika Kise, and Nakaya Onsen as character designers. Kazuchika Kise (Ghost in the Shell: The New Movie) will also be the animation director. 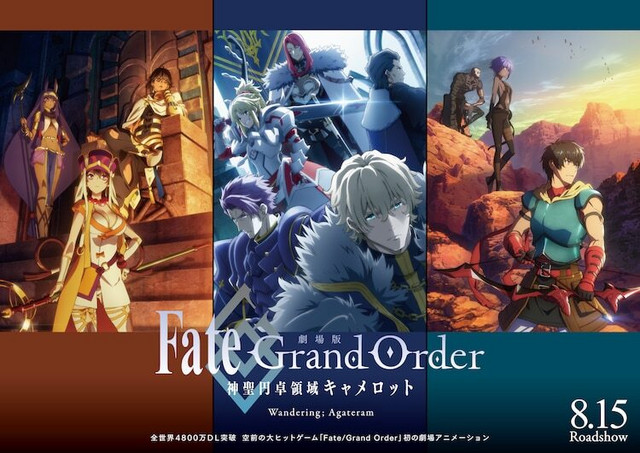 Mamoru Miyano voices Bedivere in the anime film, with Nobunaga Shimazaki as Ritsuka Fujimaru, and Rie Takahashi as Mash Kyrielight. Announced today was Hiroki Yasumoto as Agravain, Mikako Komatsu as Xuanzang, Ayako Kawasumi as The Lion King, and finally, Maaya Sakamoto will be returning to voice Leonardo Da Vinci from Fate/Grand Order Absolute Demonic Front: Babylonia as well as lending her voice to the theme of the film.