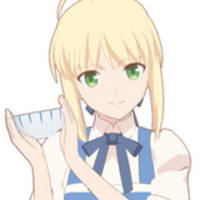 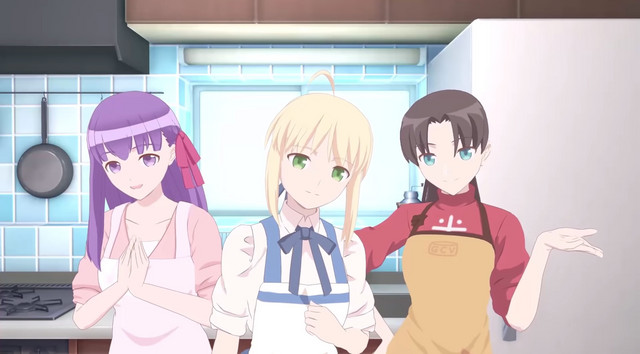 Have you ever wanted a game where you could cook with the girls from Fate/stay night? Well, your wishes have been fulfilled in the upcoming Today's Menu for the Emiya Family video game for the Nintendo Switch, set to be released in June 2020!

A new trailer was released on March 22, announcing that Sangatsu no Phantasia would return to sing the theme for the game from the TV anime adaptation of TAa's slice of life cooking series based on the Fate franchise.

Sangatsu no Phantasia will sing 'Tabete ageru' and wished that the song "would convey the happiness of the game to everyone." They previously sang the ending theme to the TV anime for Today's Menu for the Emiya Family. 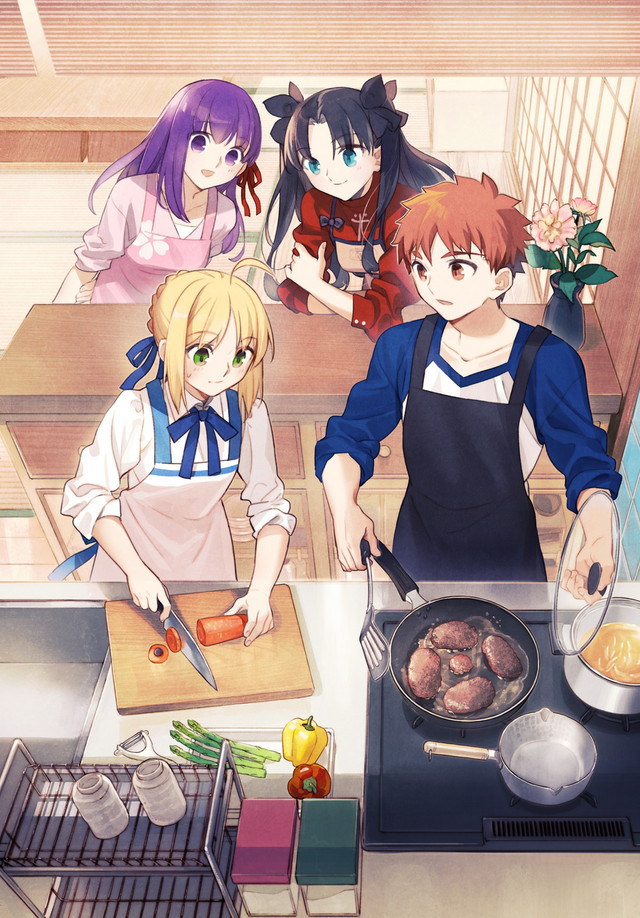 The game will be a download-only title for the Nintendo Switch, based around the rhythm centric nature of cooking. It'll also feature Tohsaka in a ponytail. Everyday! Today's Menu for the Emiya Family for the Nintendo Switch launches in June, and to catch up on all the recipes, you can watch the Today's Menu for the Emiya Family anime right here on Crunchyroll!