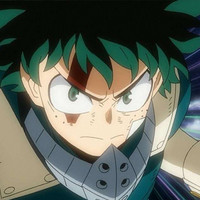 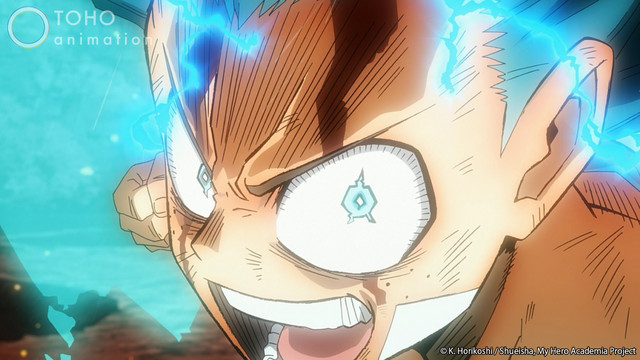 Today saw the penultimate episode of Season 4 of the My Hero Academia TV anime air both in Japan and on streaming services, and to celebrate, we got our first look at the home release of the My Hero Academia: Heroes Rising anime film, which released last December in Japan, and from February around the world, and two new sketches from manga creator Kohei Horikoshi based on the anime episode (warning, spoilers!).

The official website for My Hero Academia: Heroes Rising outlines a "Plus Ultra" edition of the film for Japanese audiences, both on Blu-ray and DVD. The edition is incased with a jacket drawn by Yoshihiko Umakoshi, the character designer of the series, a 44-page booklet, a postcard, and the My Hero Academia Vol. Rising manga one-shot that was given out to cinema-goers in Japan – which is now available in English on Shonen Jump app! The special edition also comes with a slew of on-disc extras including a visual commentary by the voice actors behind Deku and Bakugo, and two-stage greeting events from Japan.

Both the "Plus Ultra" edition of the film and the standard edition will come with a new cut of the film featuring new animation and retakes from the theatrical version. This version is being touted as the "complete" version of the film. The home release comes out in Japan on July 15.

On the TV side of My Hero Academia, manga creator Kohei Horikoshi drew two sketches based on the newest episode of the series 'Japanese Hero Billboard Chart.' The images are from the perspective of a behind-the-scene camera showing what is occurring backstage in the presentation and featuring some brand new characters to the TV anime, including Hawks, who we first met in the My Hero Academia: Heroes Rising anime film.

Season 4 of My Hero Academia concludes next week, but you can catch up on the entire series right here on Crunchyroll!

Tags
my hero academia
« Previous Post
Magia Record Will Continue to Bewitch Us in Season 2
Next Post »
One-Punch Man Illustrator Shares Manga Art from His Ten-Year-Old Daughter
Other Top News
10 Comments
Sort by: