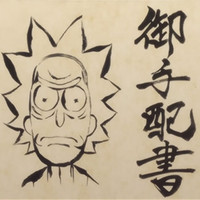 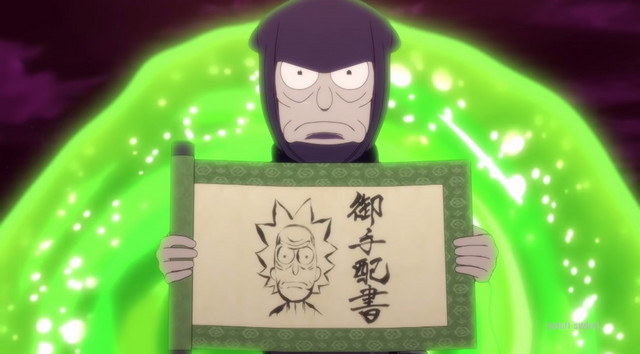 The barriers between anime and cartoons have been blurring more and more these last few years, with Studio TRIGGER animators working on Steven Universe, an Australian composing music for Made in Abyss and the upcoming Tower of God, and the latest incarnation of FLCL being a joint production between Production I.G, Toho, and Adult Swim. Now it's Rick and Morty's turn to blur those lines even further!

During last night's broadcast of Toonami, the below 5-minute Rick and Morty short titled 'Samurai & Shogun' aired, complete with English subtitles for the Japanese speech – using the same voice actors as the regular Japanese dub of the series, Youhei Tadano as Rick and Keisuke Chiba as Morty. Be warned, there's a lot of blood!

The short was animated at Studio DEEN's digital department, DEEN Digital with Kaichi Sato (Anna Kidnapper) as the director and screenwriter and storyboards from Slayers director Hiroshi Watanabe.

Senior vice-president and creative director for Adult Swim Jason DeMarco tweeted out the short on his Twitter account, saying that they spent "a year putting together" the short, basing it off the famous Japanese work Lone Wolf and Cub by Kazuo Koike, which also inspired last years first season of The Mandalorian.

Yeah so we spent a year putting together a five minute Rick and Morty Lone Wolf & Cub anime short for you guys. Here it is, hope you dig it! Don’t tell me we don’t have the most fun! https://t.co/iOgNzoO4bd