The manga has been digitally published on Crunchyroll 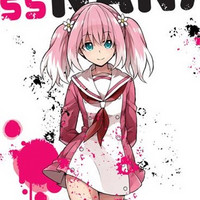 A TV anime adaptation of Looseboy (story) and Iori Furuya (arts)'s suspense manga Munou na Nana / Talentless Nana is confirmed to be in the works. Further details including its staff and schedule will be announced at a later date.

It has been serialized in Square Enix's Monthly Shonen Gangan since May 2016 and its latest sixth tankobon volume is set to be released this Saturday, April 11. The manga's English edition has been published digitally on Crunchyroll. Its synopsis is introduced as below:

Message from the story writer Looseboy:

When I visited the meeting for the anime production, I was surprised to know, 'So many different people are involved.' As far as I could see, the manga, which had only an editor and the illustrator Furuya-san, actually have connected a lot of people. It was also the time that I reconfirmed the support of all those involved in the publication of the series and tankobons, and above all readers. I appreciate everyone. Please look forward to seeing the action of Nana, Kyoya, and Nakajima who will move and talk in the anime.

Message from the illustrator Iori Furuya:

Thanks to all of you, we can have this opportunity. I feel with my own skin that many people have touched and been involved with Nana-san and other characters, and I am full of gratitude. Thank you very much!! We would appreciate your continued support for Nana, who is talentless in the anime as well!