The Band's All Here in New Key Visual for Sound! Euphonium 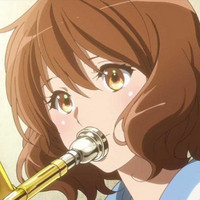 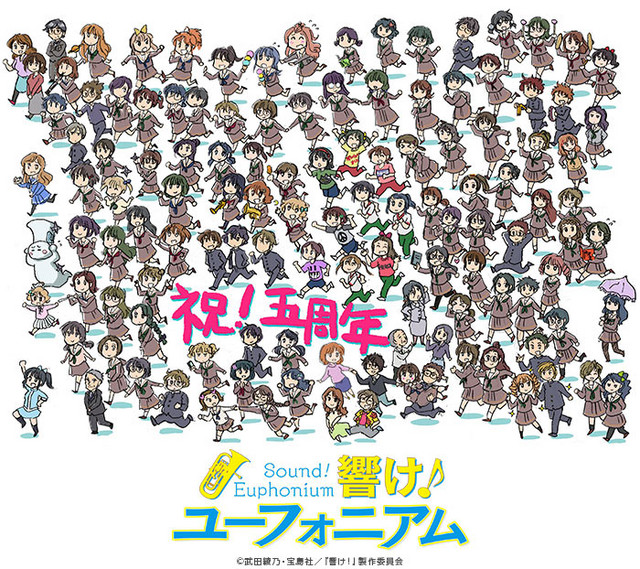 It's officially April 8th in Japan, and that means it's been exactly five years since the first broadcast of Sound! Euphonium, the TV anime adaptation based on the popular series of light novels written by Ayano Takeda and illustrated by Nikki Asada about the adventures of the Kitauji High School Concert Band Club, and now the series is celebrating with a special illustration from director Tatsuya Ishihara (above).

If you head to the official Sound! Euphonium home page, you can also download the new key visual as a wallpaper for your desktop or smartphone. 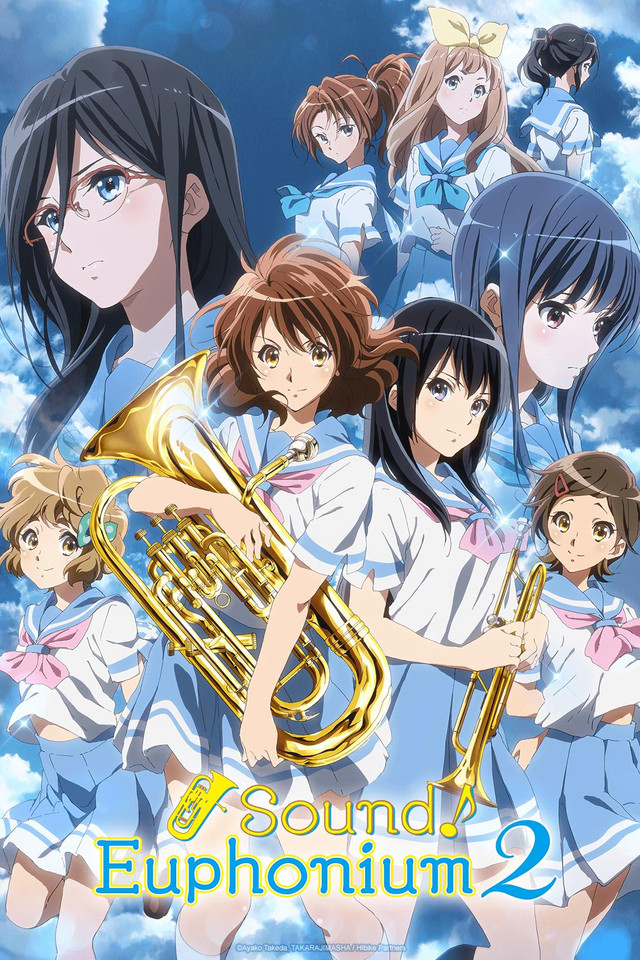 The original Sound! Euphonium novels are published in Japan by Takarajimasha under their Takarajimasha Bunko imprint, and an English language version is also available from Yen Press. The Sound! Euphonium TV anime is directed by Tatsuya Ishihara and Naoko Yamada and features animation production by Kyoto Animation. Crunchyroll currently streams season 1 and 2 of Sound! Euphonium, and describes the story of the series as follows: