The world's greatest ghostbuster is coming to print on October 27 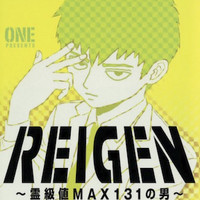 Where would Mob Psycho 100 lead Shigeo Kageyama be without the guidance of the great Arataka Reigen of Spirits & Such Consulting? Nowhere good, I'll tell you that much! That's why Dark Horse is giving Reigen the spotlight with the upcoming Mob Psycho 100: Reigen manga, a 200-page volume by series creator ONE that's due out in stores on October 27.

The Reigen manga is up for pre-order now, and we have some exclusive sample pages to get everyone ready for the true master's arrival. 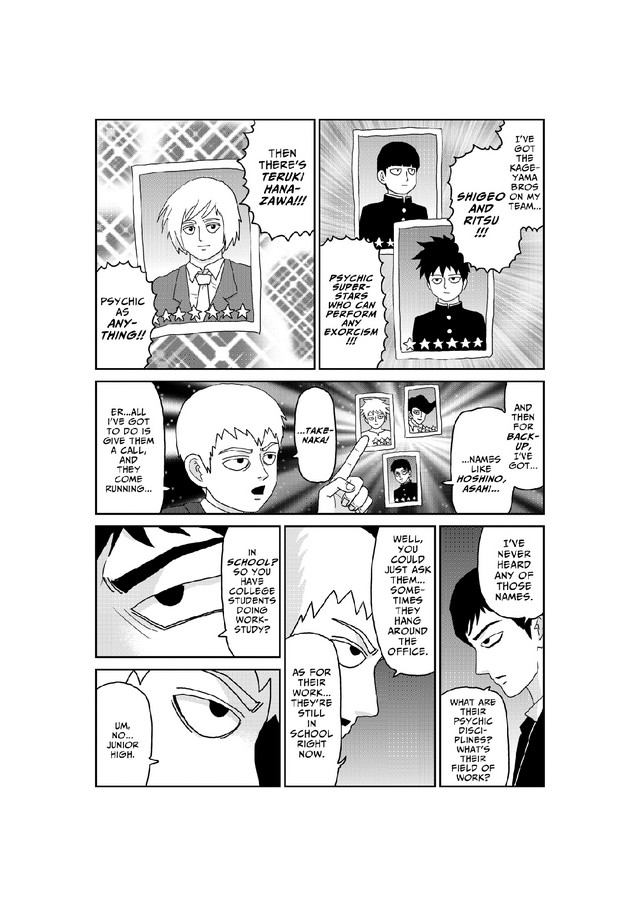 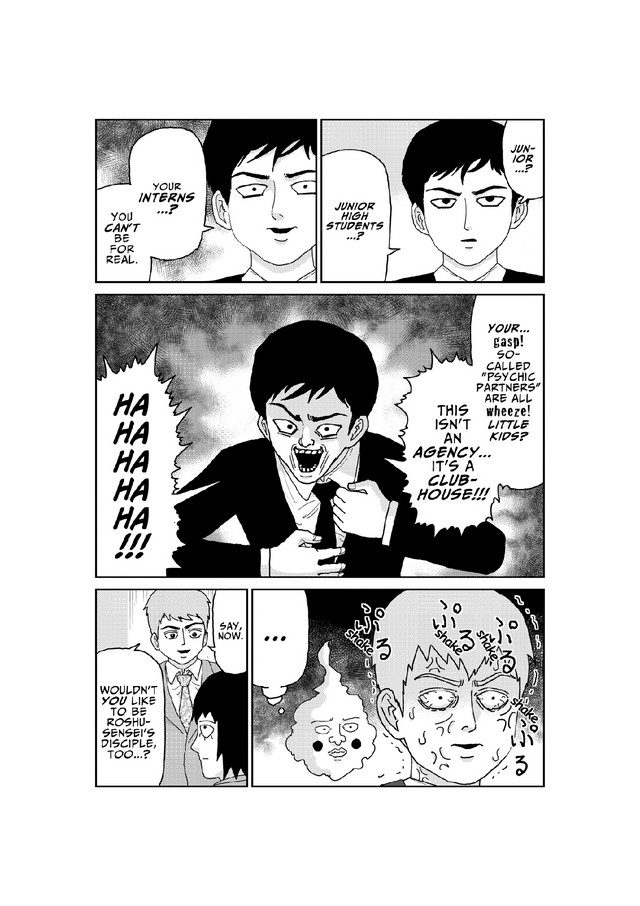 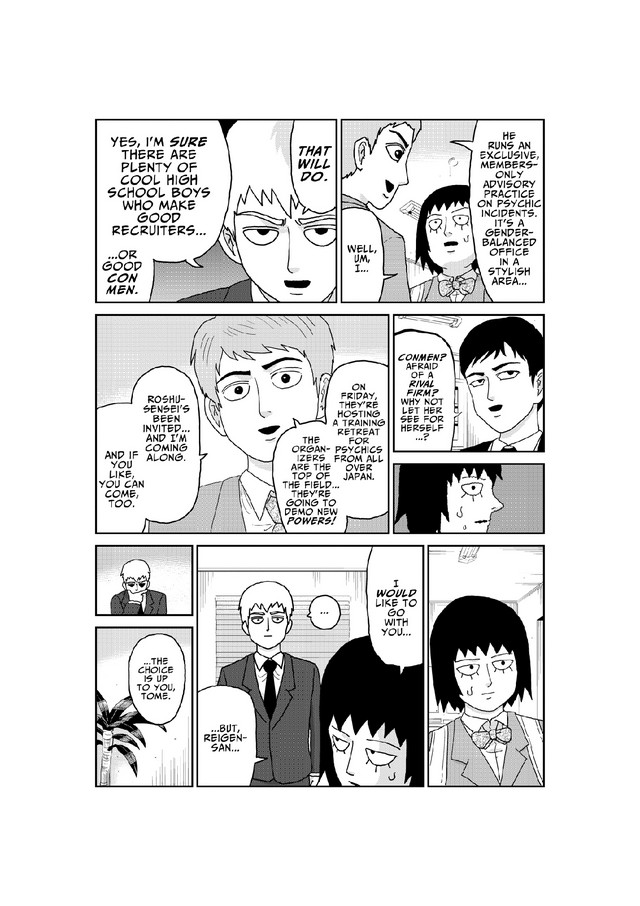 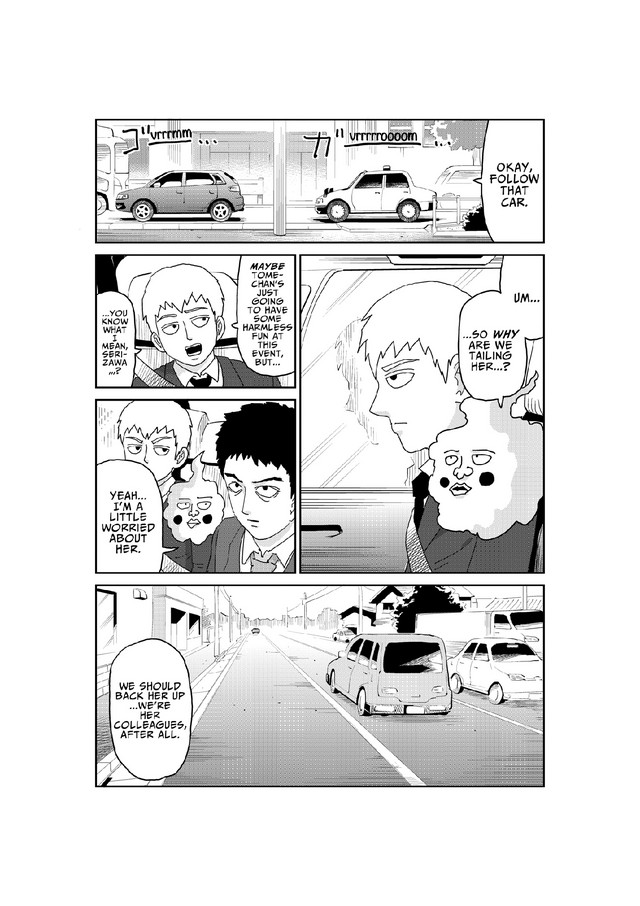 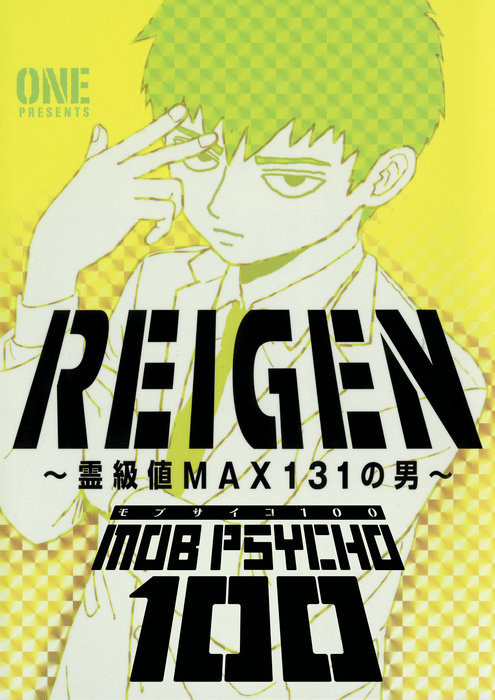 In a world haunted by dangerous supernatural forces, there are still some problems you can’t solve no matter how much spiritual power you have. And a good thing too–because phony exorcist Reigen Arataka doesn’t have any!

But that’s never stopped Reigen from running a ghostbusting business…and his new part-time office assistant is none other than Tome Kurata, a girl obsesssed with the strange and unxplained–and the schoolmate of Reigen’s protégé, Shigeo “Mob” Kageyama. Yet whereas Mob’s incredible psychic strength resolved many a case for Reigen, Tome is as powerless as her boss! Or so she may think at first…but if there’s one thing a master scam artist knows how to teach, it’s the power of confidence and belief!

If this has you hankering for more Mob, you can watch both seasons of Mob Psycho 100 on Crunchyroll.