Find out all the details as the world continues to expand! 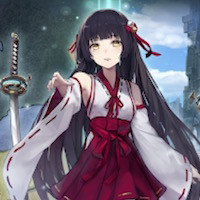 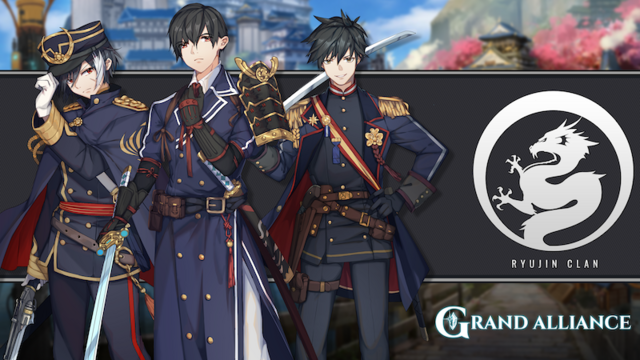 Today we will be exploring a new noble faction in the world of Grand Alliance: the Ryujin Clan.

The Ryujin Clan is a noble faction that controls the northeastern part of the Alcyon Empire. Their territory is located in the northern coasts of the empire and consists of a series of coastal cities and island chains. Although they were previously seen as a minor faction between the other noble houses, the situation quickly changed after the discovery of Spire Maia thirty years ago. The access to massive quantities of mana crystals from the Spire quickly changed the fortunes for the Ryujins, transitioning the clan from a fishing and agricultural economy to a major exporter of arcane technology and research in less than a decade.

With the recent death of the previous lord, the clan’s rule has been split amongst three heirs, known as the Three Swords: Katsuo, Jirou, and Akihiro. Each leader has their own sect of loyal followers with their own military divisions consisting of a combination of conventional gunpowder weapons and magic. By using their arcane technology, they are able to have their mages animate mechanized golems and tame powerful dragons as part of their arsenal. This deadly combination has made the Ryujin’s a powerful noble house to contend with despite their smaller size. 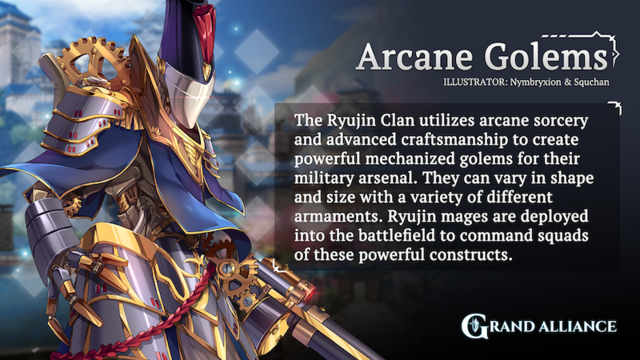 Despite the recent decades of prosperity, there has been growing tensions between the Ryujin Clan and the Ravensburg Dynasty. For the past few centuries, the Ravensburgs had a monopoly over the mana production across the Empire through Spire Alcyon which allowed them to control the imperial throne over the other houses. While the discovery of a second Spire has helped the nation economically, it has jeopardized Ravensburg's hegemony over the other noble houses.

To curb the influence of the Ryujins, the Ravensburgs have imposed strict laws to control the production and supply of mana crystals extracted from Spire Maia in addition to controlling the supply chain to transport this valuable resource across the country. While the Ryujin’s could continue to mine and extract mana crystals from the Spire, they had to rely on the Ravensburg’s imperial government to transport the goods to other industrial regions of the Alcyon Empire for a hefty fee. 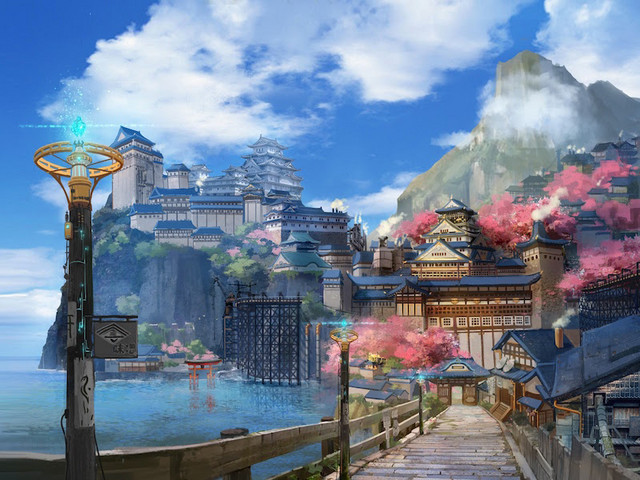 These harsh restrictions set by the Ravensburgs have created a growing rift between the two factions. Under Katsuo’s initiative, the Three Swords now seek to conspire with other noble houses to undermine their rule over the Alcyon Empire. Their goal is to claim political independence and reclaim control over Spire Maia so their clan can exploit its resources without restriction. 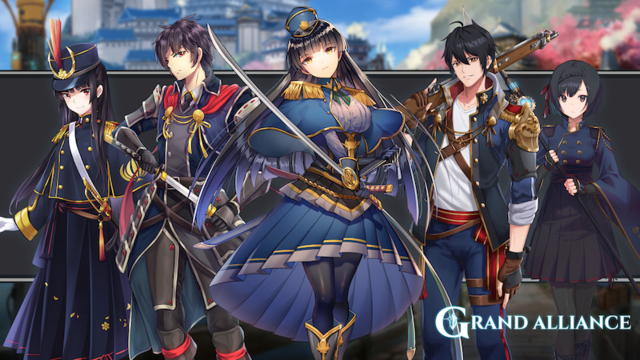 Ryujin heroes tend to have outfits with a mix of eastern and western designs. Their forces tend to have blue uniforms with gold and red highlights. Many Ryujin heroes that serve the Three Swords belong to minor clans that are aligned with each lord. Their costumes tend to have insignias that signify which family they are from. The Ryujins have a more Japanese style aesthetic and many of their heroes wield conventional firearms in addition to arcane enhanced katanas and naginatas.

From the devs at Gaudium, we wish you the best. Keep an eye on our social media pages to read up on lore and development blogs such as this one. See you all soon in Alcyon!