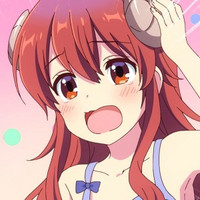 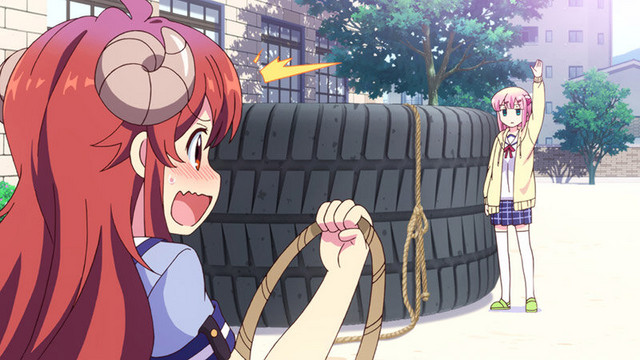 In a recent exchange on Twitter, a fan asked the official Twitter feed for Bridgestone, a Japanese manufacturing company specializing in tires, to weigh in on a nagging question they had concerning a tire-themed training sequence in the 2019 TV anime, The Demon Girl Next Door (known as Machikado Mazoku in Japan), and the answer to the fan's question may surprise you.

In response to an earlier Tweet by the Bridgestone account talking about 4 meter wide tires used on industrial mining vehicles, Twitter user Yamamaya enquires how much the tire weighs when magical girl Momo Chiyoda effortlessly lifts it in a scene from The Demon Girl Next Door.

The official response from Bridgestone? Their model of 4 meter tire weighs about 5 metric tons, or approximately 11,023 pounds using the English system. Bridgestone continued by musing about where Momo would have acquired such a tire, and concluded with a thinking face emoji. In short, even when not transformed, Momo Chiyoda is terrifyingly strong. 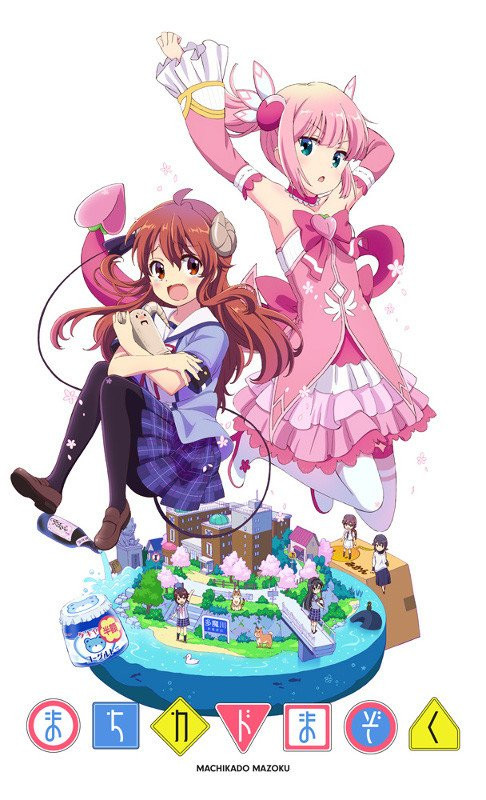 Based on the manga by Izumo Ito, The Demon Girl Next Door TV anime is directed by Hiroaki Sakurai and features animation production by J.C. Staff. The series is currently available via streaming on HIDIVE, who describe the story as follows:

Yuko Yoshida is just an ordinary schoolgirl — until Lilith unleashes her dormant, devilish powers. Now Yuko must defeat Momo Chiyoda, the shrine maiden of the Light Clan who just so happens to go to her school!