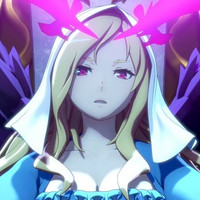 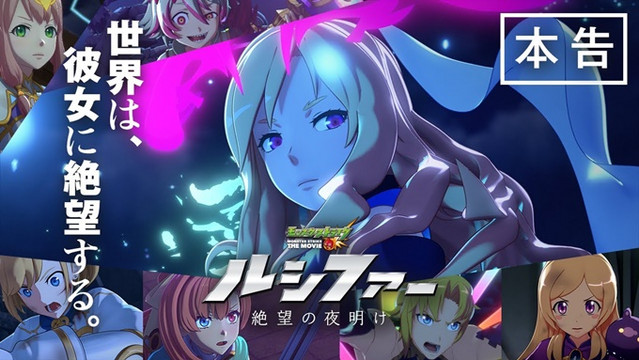 The official website for Monster Strike THE MOVIE: Lucifer - Dawn of Despair, the third feature film from the Monster Strike anime franchise, has started streaming an 80-second full trailer. In addition to intensive battle scenes, the clip features the film's theme song "Eiyuu no Uta" (The Song of Heroes) performed by Masayoshi Oishi.

The 40-year-old singer-songwriter has been known for his theme song works for Kemono Friends, Monthly Girls' Nozaki-kun, Cop Craft, and provided the theme and insert songs for the Monster Strike web anime series in 2019. The song was already included in his double A-side fifth single "Sekai ga Kimi o Hitsuyou to Suru Toki ga Kitanda / Eiyu no Uta" released on May 20, 2020.

Monster Strike THE MOVIE: Lucifer - Dawn of Despair was originally scheduled to be released in Japan in June 2020, but has been delayed to November due to the current COVID-19 outbreak. Instead of the theatrical release, online preview screenings of the film's two-part edited edition will be held on the Monster Strike franchise's official YouTube channel on June 13 and 14. The first part will be streamed at 19:00 on June 13 (JST), then the second part will be available at 19:00 on the following day. 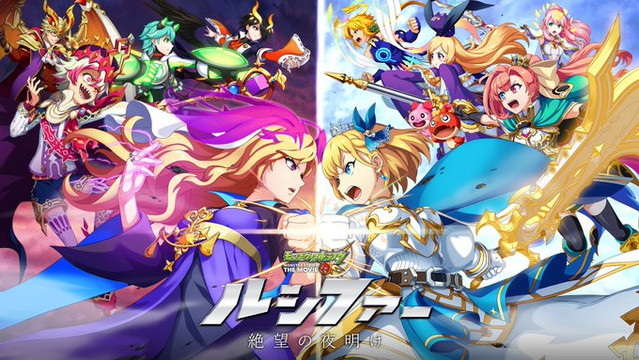