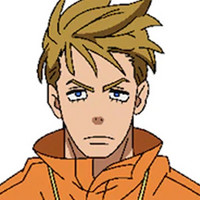 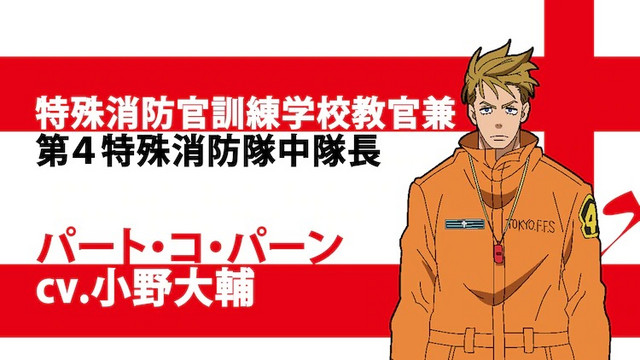 A slew of new characters and their voice actors for the upcoming second season of Fire Force has been announced over the last few weeks, with Miyuri Shimabukuro joining the cast as Inca Kasugatani, and Makoto Furukawa joining as Ogun Montgomery.

Today it was announced that alongside them, Daisuke Ono (Jotaro Kujo in JoJo's Bizarre Adventure) will be burning up the screen as Pan Ko Paat, the captain of Special Fire Force Company 4, and an instructor at the Fire Force academy who taught both Shinra and Arthur. A character trailer was released alongside the full character art for Paat. 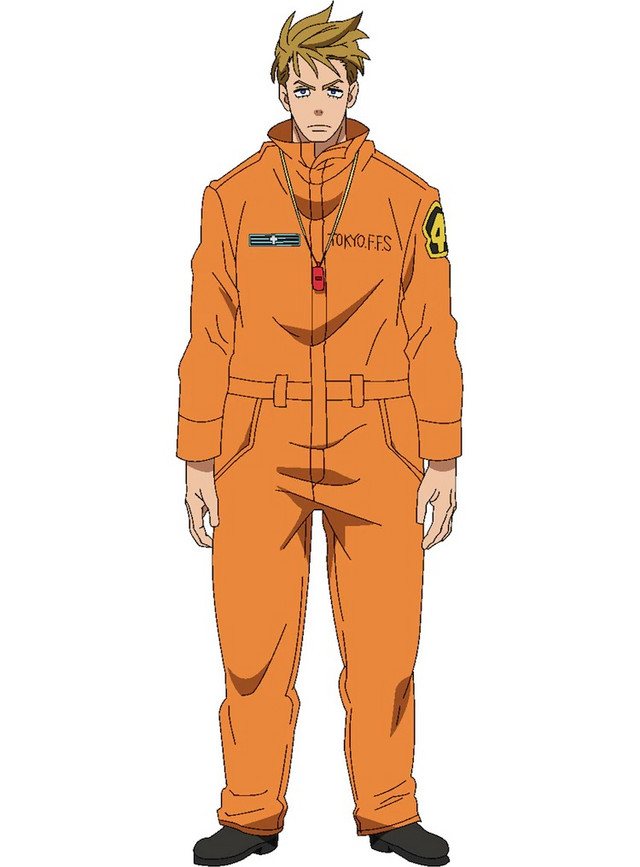 As you can hear in the trailer, Paat is known for his use of a whistle. Ono, who commented on the character, said he was "honored to have this role" as Paat is a "cool and thoughtful instructor" "who helps, watches, and guides people."