Re:ZERO - The Prophecy of the Throne Game Confirmed for the West 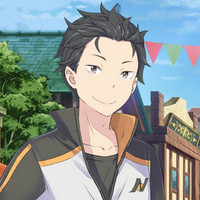 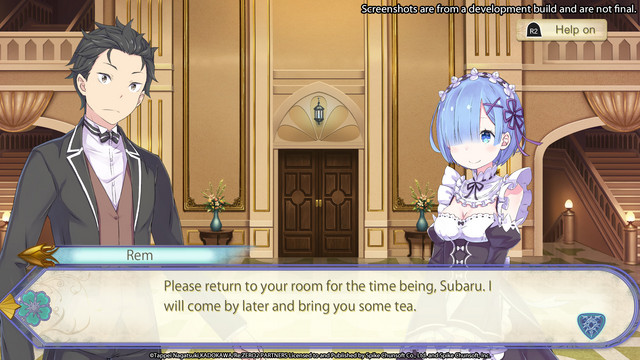 Last month, more details were announced for Re:ZERO -Starting Life in Another World- The Prophecy of the Throne, a tactical adventure game that's on the way to PS4, Switch, and PC this winter. An Amazon UK listing outed western release plans at the time, and Spike Chunsoft confirmed those plans today with the official reveal of physical and digital editions.

The physical versions will be available both in a $59.99 Day One Edition and an $89.99 Collector's Edition. The Day One Edition packs the Switch or PS4 version of the game with a limited run of original pins featuring Emilia, Subaru, Rem, and a new, as-yet-unrevealed character. 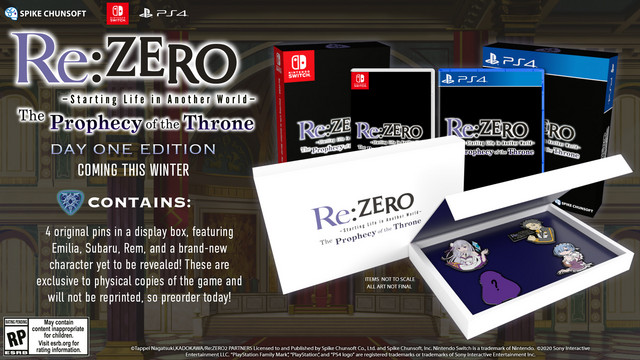 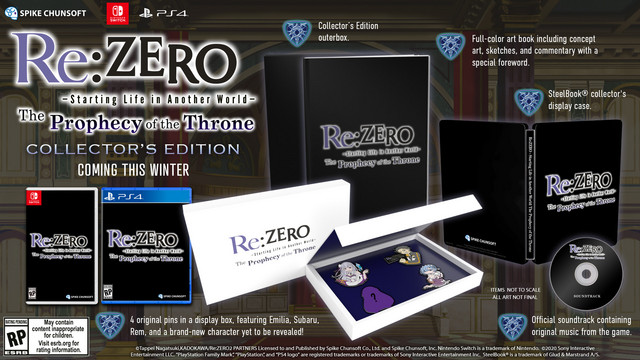 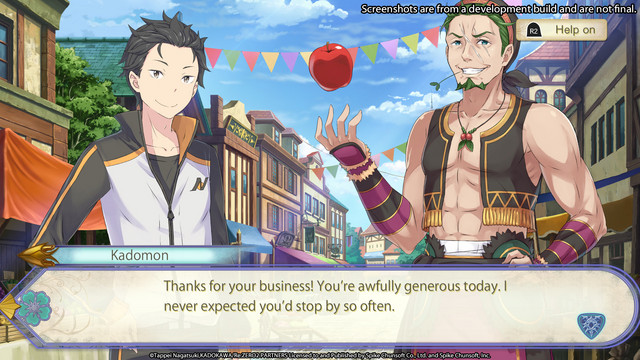 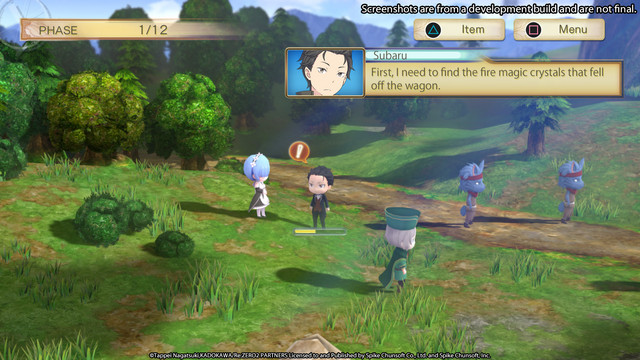 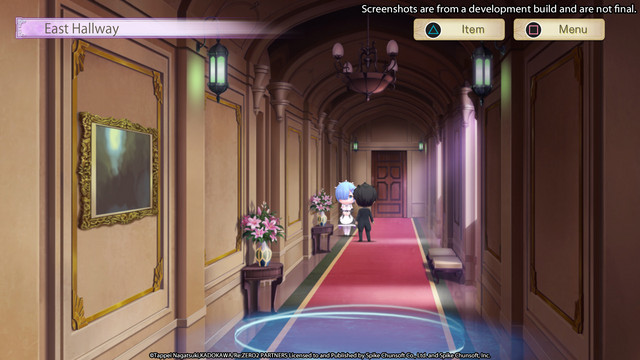 The official English site is now live, including pre-order links.