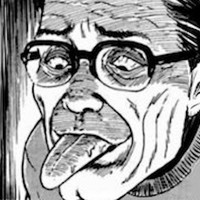 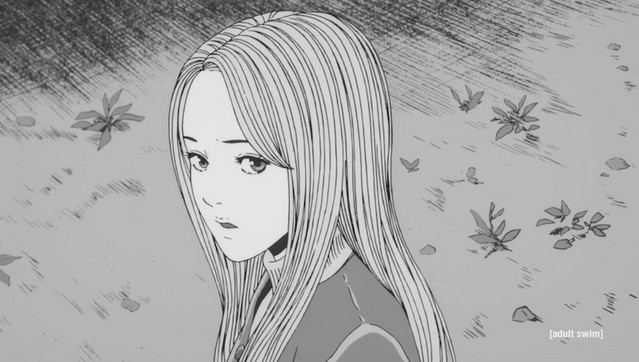 Last time we checked in on the anime adaptation of Junji Ito's Uzumaki, Adult Swim's Jason DeMarco said things were going well and there weren't any COVID-19 delays. That still appears to be the case, and now the official Twitter is here to show off some of the progress.

According to the post, the staff is "working hard on the series and will have more updates for you soon." For now, they shared some storyboards from the first episode, using Ito's original manga as a direct guide. 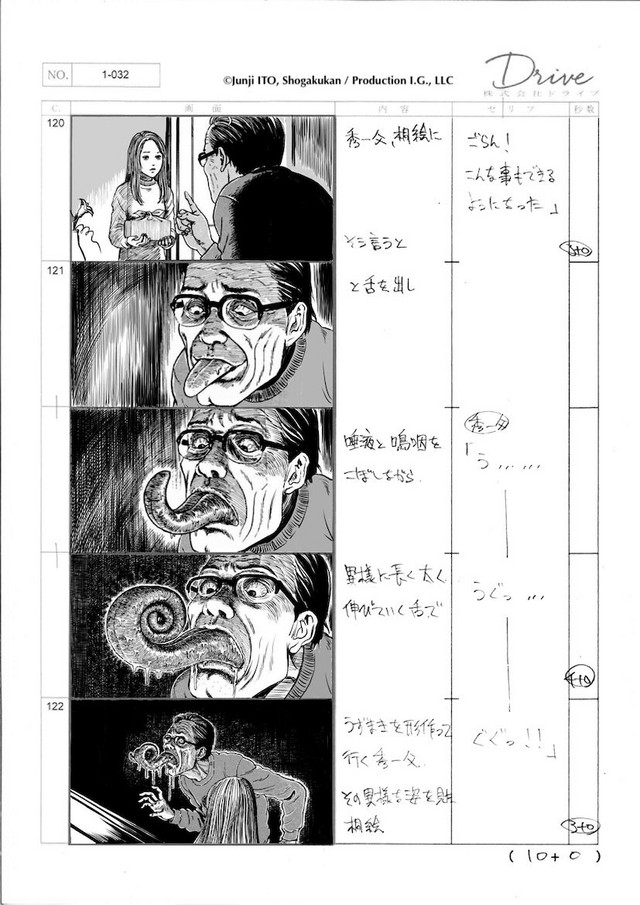 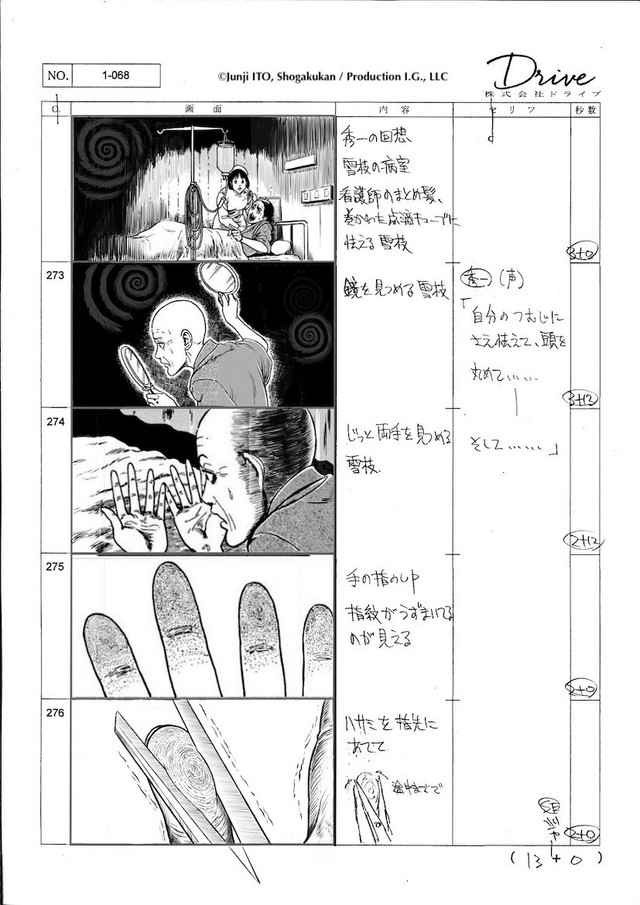 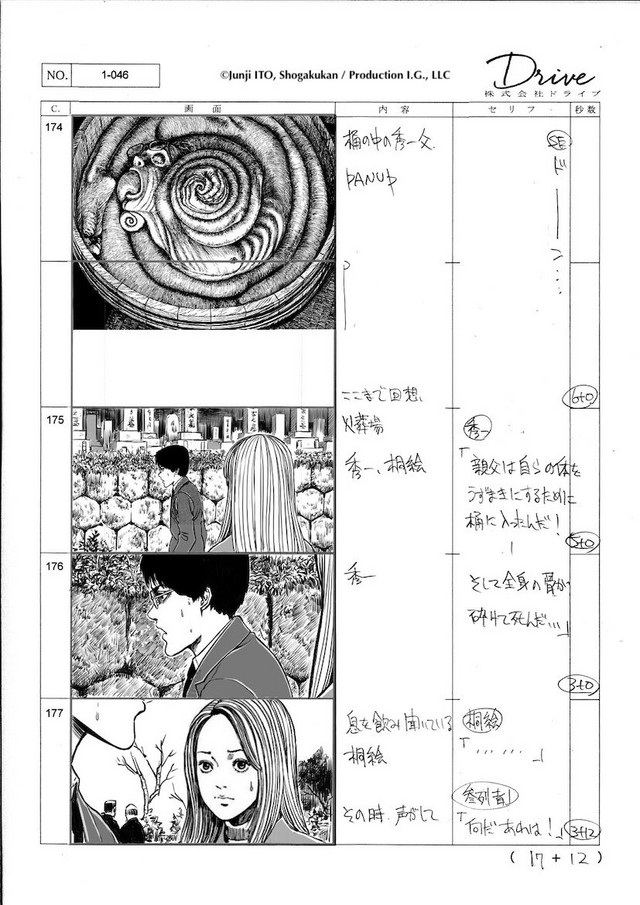 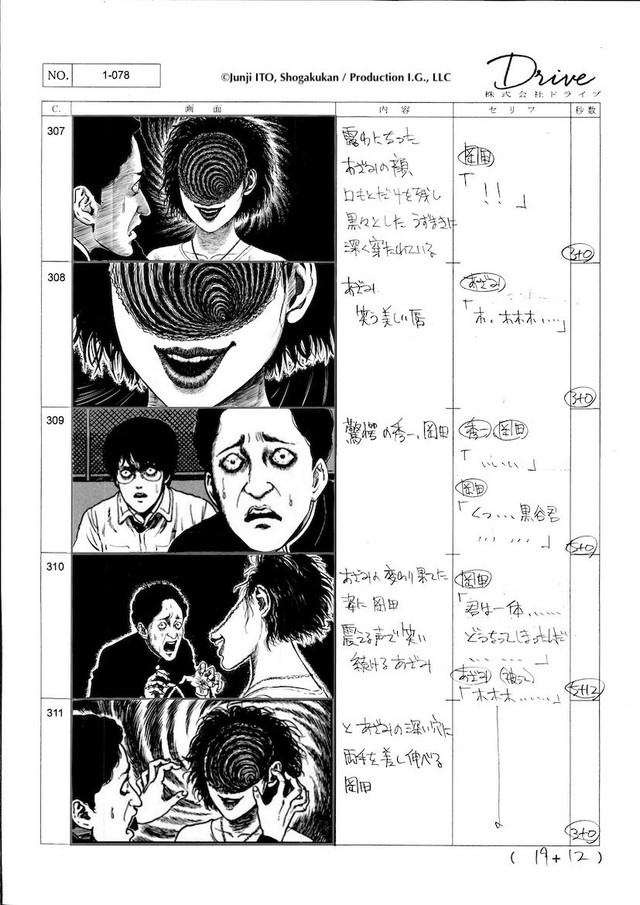 Hiroshi Nagahama is directing Uzumaki at Production I.G, with music by Colin Stetson.