All of the anime main voice cast reprise their roles 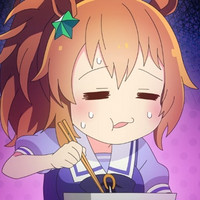 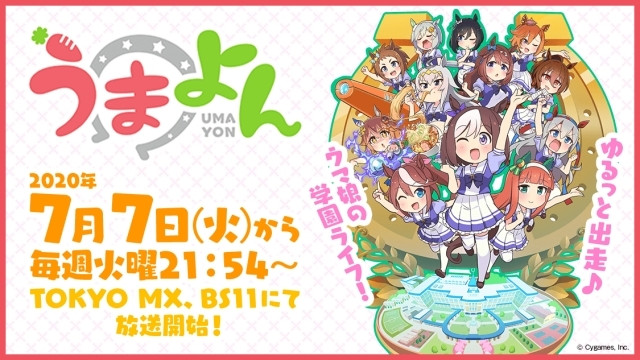 The official website for the forthcoming TV anime adaptation of UmaYon, a spin-off four-panel manga series from the Umamusume: Pretty Derby series is updated with a second key visual and posted a 35-second PV to announce its July 7 premiere on Tokyo MX and BS11. The main voice cast from the 13-episode TV anime in 2018 are set to reprise their roles.

The anime's theme songs will be changed each month, and this latest clip features the song for the month of July, "Pyoitto♪ Hareruya!" performed by Azumi Waki as Special Week, Iori Saeki as King Halo, Minami Takahashi as El Condor Pasa, and Rena Maeda as Grass Wonder.

The web manga series focusing on the horse girls' everyday life at school is illustrated by Kuma Jet on scripts by Jin Ito and has been serialized in Cygames' Cycomics website Since March 2018. The TV anime tells its original story that is different from the manga. DMM.futureworks and W-Toon Studio co-work on anime production.