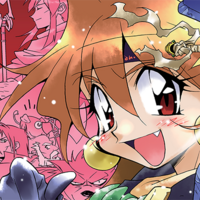 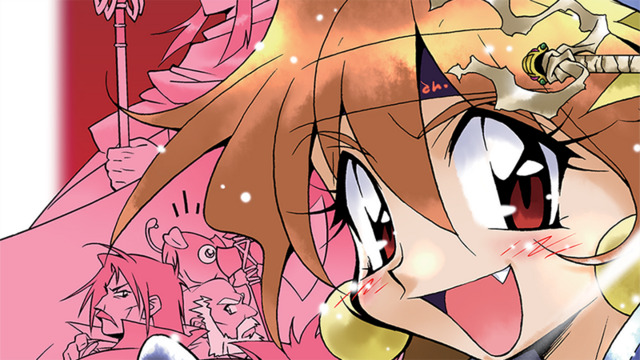 Light novel and manga distributor J-Novel Club were on hand today for Anime Expo Lite, the West Coast convention's answer to the current social distancing measures in place. During their industry panel, they rolled out an exciting slate of 13 light novel and manga titles, some of which are available to start right now on their website if you're a JNC member! 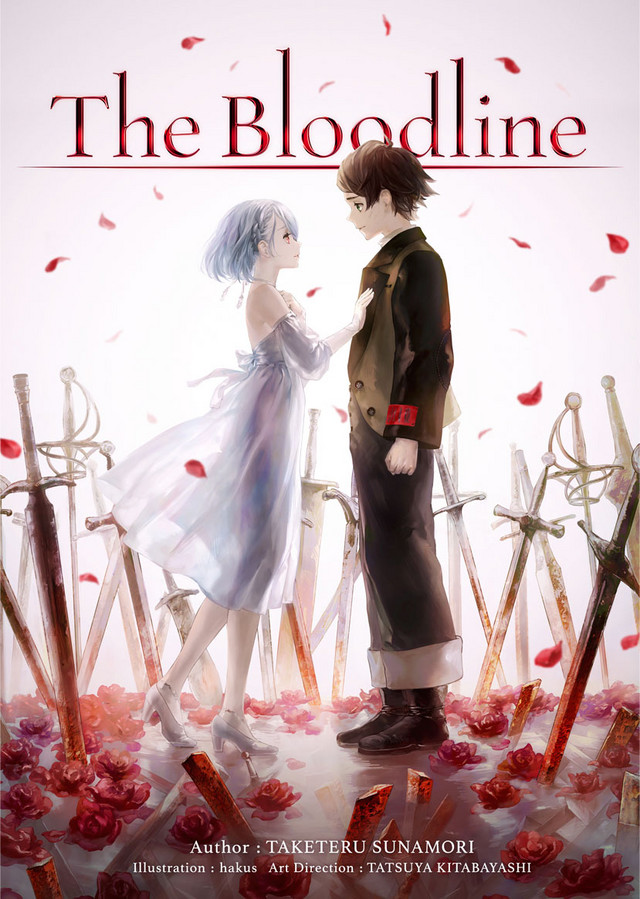 After the fall of civilization, a hierarchical society was born where blood determines everything. The rich steal both the blood and lifespans of the poor, rejoicing in their now-eternal lives.

Nagi is a commoner fated to die, while Saya is royalty, gifted with eternal youth. When fate brings their unlikely paths together, their innocent love set the gears in motion to tear down the walls of a society built upon tremendous inequality and racial discrimination. 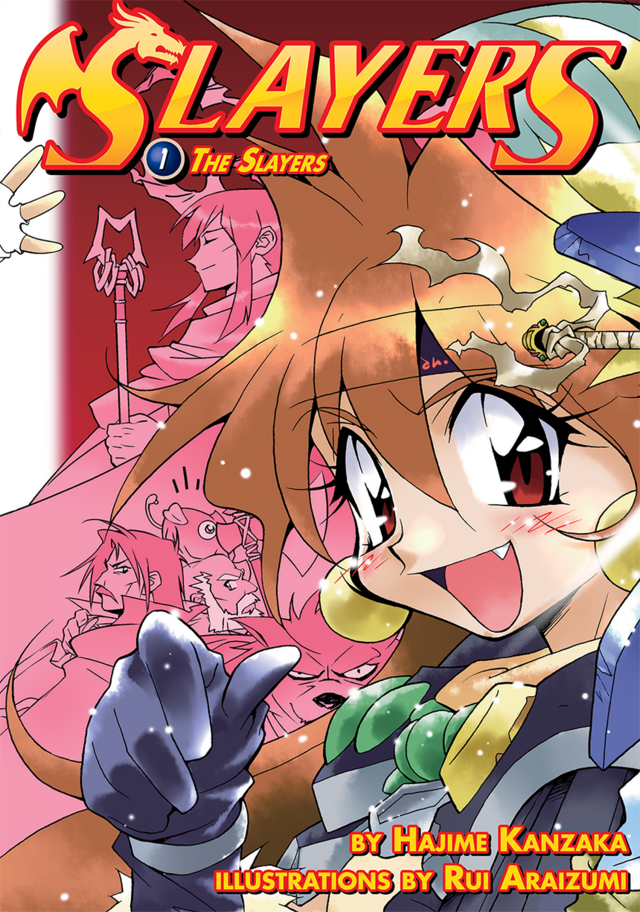 Beautiful and brilliant sorcerer girls just can't have nice things, huh? All I wanted to do was swipe a little bit of bandit treasure. Now suddenly I'm being chased around by icky trolls, nasty demons, mean mummies, and brooding golem bad boys. And for what? A tiny little artifact that can bring about the end of the world? Hah! I'll show them there's a reason you don't cross Lina Inverse…

I Love Yuri and I Got Bodyswapped with a Fujoshi! (manga adaptation) 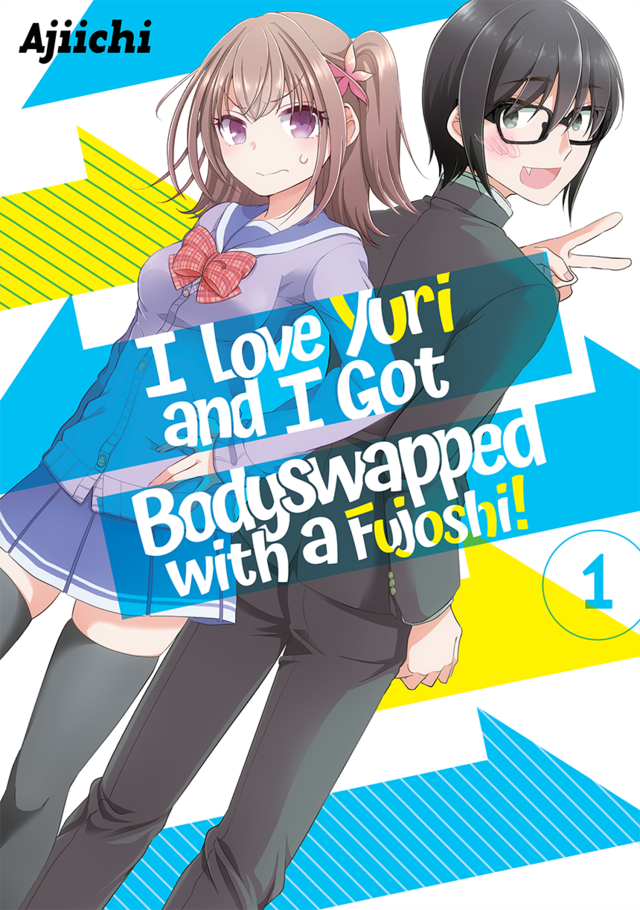 Meet Reiji Yoshida: a yuri otaku that loves yuri more than anything else in the world. All he wants is to enjoy his hobby in peace, but trouble ensues when he crosses paths with Mitsuru Hoshina, a fujoshi who is obsessed with boys’ love. Hijinks ensue, and a vengeful ghost residing in their school’s manga club swaps their bodies!

Polar opposites in both personalities and hobbies clash in this exciting first volume—follow the adventures of their comedic body swap experiences!

My Instant Death Ability is So Overpowered, No One in This Other World Stands a Chance Against Me! 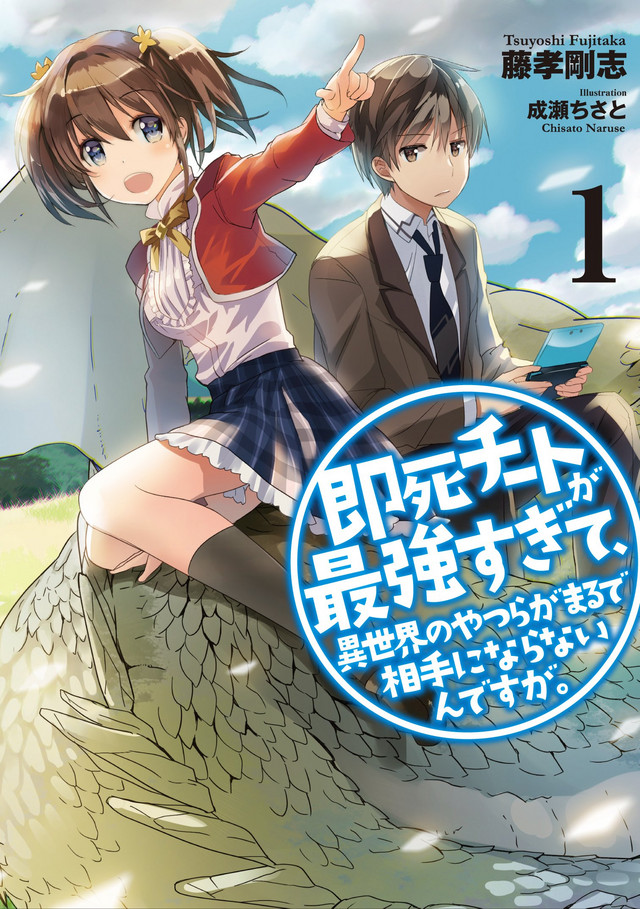 Awaking to absolute chaos and carnage while on a school trip, Yogiri Takatou discovers that everyone in his class has been transported to another world! He had somehow managed to sleep through the entire ordeal himself, missing out on the Gift — powers bestowed upon the others by a mysterious Sage who appeared to transport them. Even worse, he and another classmate were ruthlessly abandoned by their friends, left as bait to distract a nearby dragon.

Although not terribly bothered by the thought of dying, he reluctantly decides to protect his lone companion. After all, a lowly Level 1000 monster doesn't stand a chance against his secret power to invoke Instant Death with a single thought! If he can stay awake long enough to bother using it, that is…

WATARU!!! The Hot-Blooded Fighting Teen & His Epic Adventures in a Fantasy World After Stopping a Truck with His Bare Hands!! 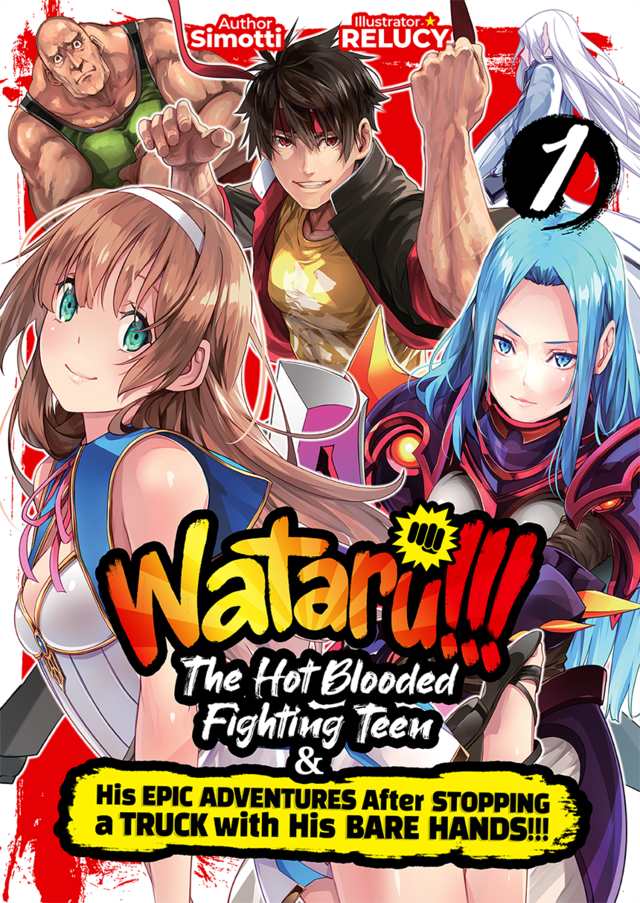 It's a wonderful day for Wataru Ito, high school student, master martial artist, honorable and humble teenager, and all-around awesome guy. During his daily run to school he happened to get hit by a large truck barreling around a corner.

Not that this is the kind of event that would be the end of the likes of Wataru, of course, but when a truck runs into you, you get sent to another world. That's just the way things are sometimes. Still, Wataru's not about to take this kind of thing lying down! The first thing he sets out to do is find who's the toughest hombre in this land and go up against the greatest challenges this new world has to offer!

Oh, and the greatest fighter in this place also happens to be the Demon Lord who is kidnapping people all across the kingdom in an attempt to wipe out humanity? Even better! Wataru's main interest is in facing a tough battle; saving the world in the process is just icing on the cake! 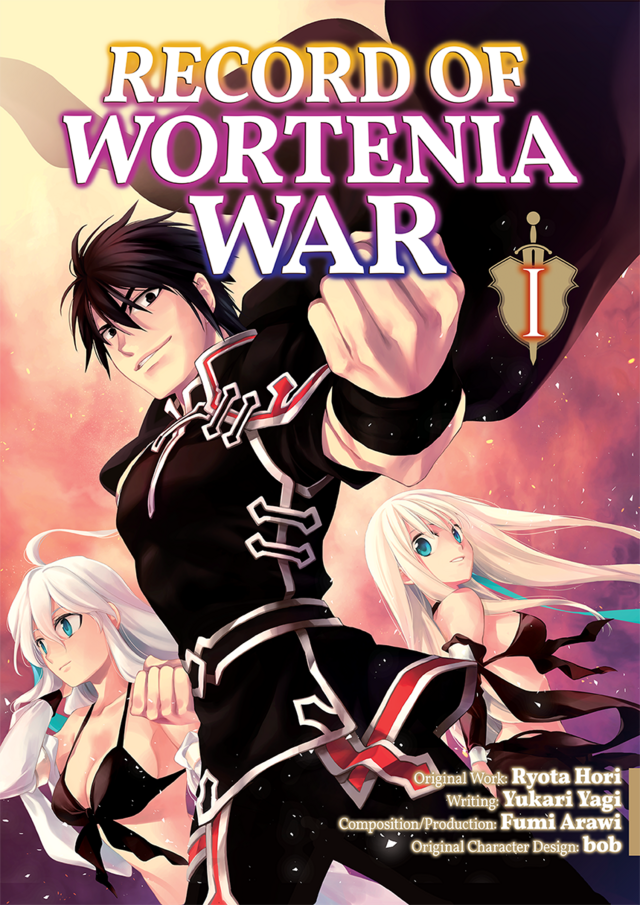 Ryoma Mikoshiba, an ordinary high-schooler adept at martial arts, one day finds himself summoned to another world. The ones who summoned him, the O’ltormea Empire, cite the fact that 'when those summoned kill another living being, they can absorb a fraction of their strength and make it their own' as their reason. But upon learning the empire uses those they summon to strengthen themselves by foul means, Ryoma is consumed by hatred and slays an important member of the O’ltormean court.

Attempting to escape the Empire's borders while keeping his identity a secret, he is accosted by two twin sisters— one golden-haired, the other silver-haired— in a meeting that sets the gears of fate in motion. The curtain rises on a record of the wars of a young supreme ruler in this other world fantasy!

A Lily Blooms in Another World 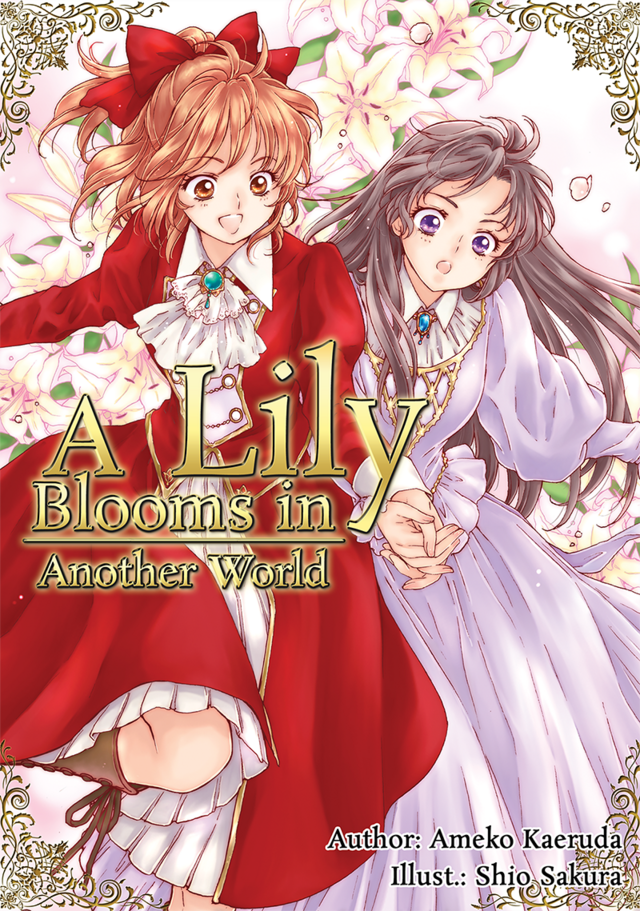 Miyako Florence isn’t sad when her fiancée breaks off their engagement after two years. It’s all according to plan! Whisked to the world of her favorite otome game, Miyako frees herself from a dull noble to pursue her true soulmate: the game’s villainess Fuuka Hamilton. Proud Fuuka only has eyes for their mutual ex-fiancée! Miyako confesses her love to Fuuka and proposes that they run away together.

Fuuka agrees on one condition: Miyako must make her say “I’m happy” in 14 days. With conniving nobles, strange diseases, and magical rituals pulling them apart, can Miyako win the villainess’s heart? A tentative bud blossoms in this twisting romance from the author of Sexiled: My Sexist Party Leader Kicked Me Out, So I Teamed Up With a Mythical Sorceress!

Mapping: The Trash-Tier Skill That Got Me into a Top-Tier Party 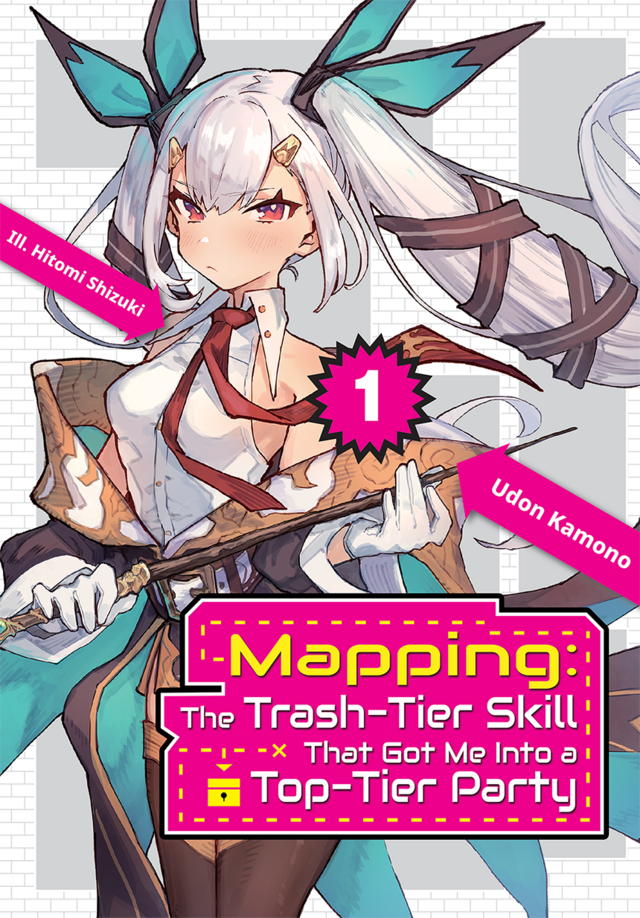 Note Athlon was really looking forward to becoming an adventurer with his best friend (and crush) Miya. That is, until he drew Mapping—a rare skill with practically no purpose. In other words, it’s trash. This kicks off a vicious spiral for Note, who plummets further and further into the depths of self-loathing despair when Miya leaves him. He now spends his days drinking away his earnings, wondering how things might have been different if only he’d pulled a better skill...

But little does he know his trash-tier skill is about to score him an invite to a top-tier adventuring party! Note’s now determined to find his way through life—and a dungeon!—in order to make something of himself.

Mapping: The Trash-Tier Skill That Got Me into a Top-Tier Party (manga adaptation) 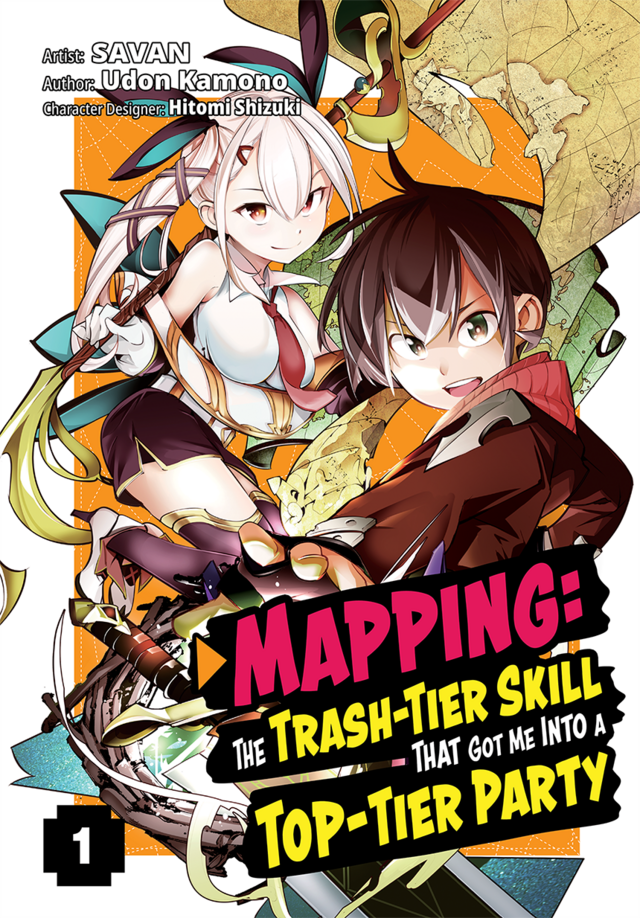 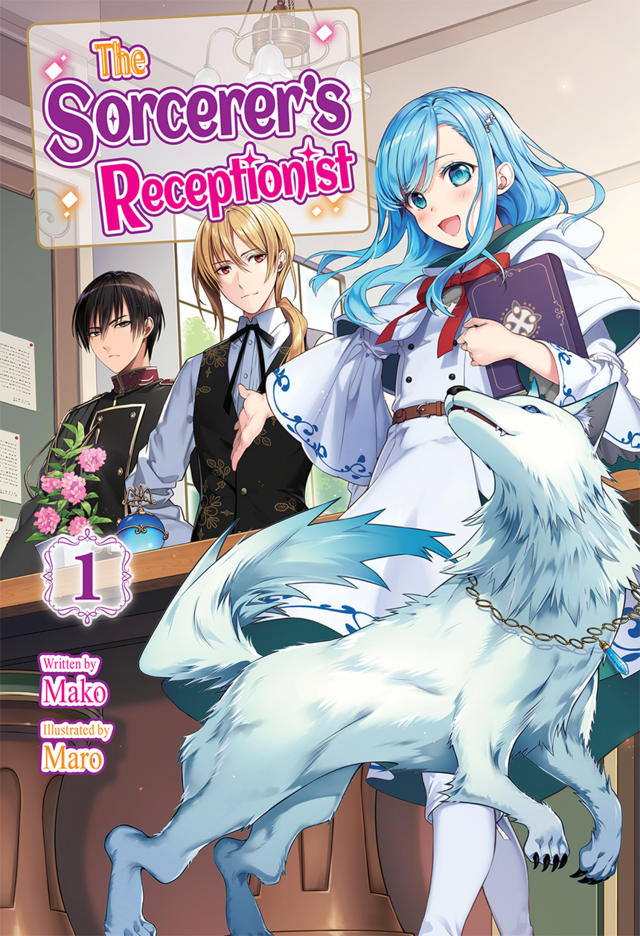 In a world of everyday magic, Nanalie has always dreamed of becoming a receptionist at the prestigious Sorcerer's Guild. To achieve her goal, she needs to attend a magic school full of princes and the daughters of nobles. Determined to prove that a commoner can be the number one student, she must compete with Rockmann, the son of a duke. When she graduates, she lands her dream job and they go their separate ways.

Nanalie enjoys spending each day alongside her familiar Lala and her kind co-workers, but it seems that fate won’t let her escape her entanglement with Rockmann that easily... 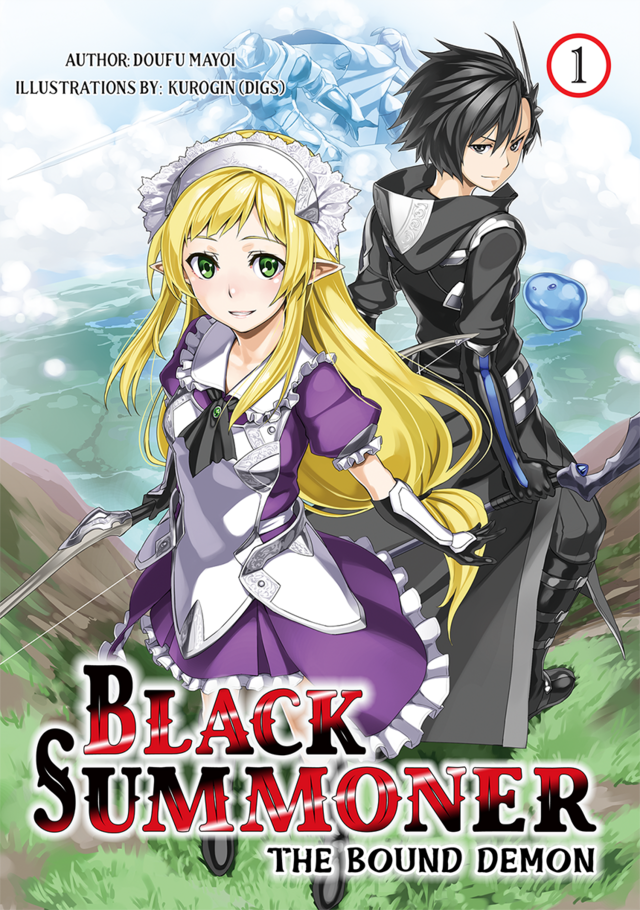 Waking up in a strange new place with no memory of his past life, Kelvin learns that he’s bartered away those very memories in exchange for powerful new abilities during his recent transmigration. Heading out into a whole new world as a Summoner — with his first Follower being the very goddess who brought him over! — Kelvin begins his new life as an adventurer, and it isn’t long before he discovers his hidden disposition as a battle junkie.

From the Black Knight of the Ancient Castle of Evil Spirits to the demon within the Hidden Cave of the Sage, he revels in the fight against one formidable foe after another. Join this OP adventurer in an exhilarating and epic saga as he and his allies carve their way into the annals of history! 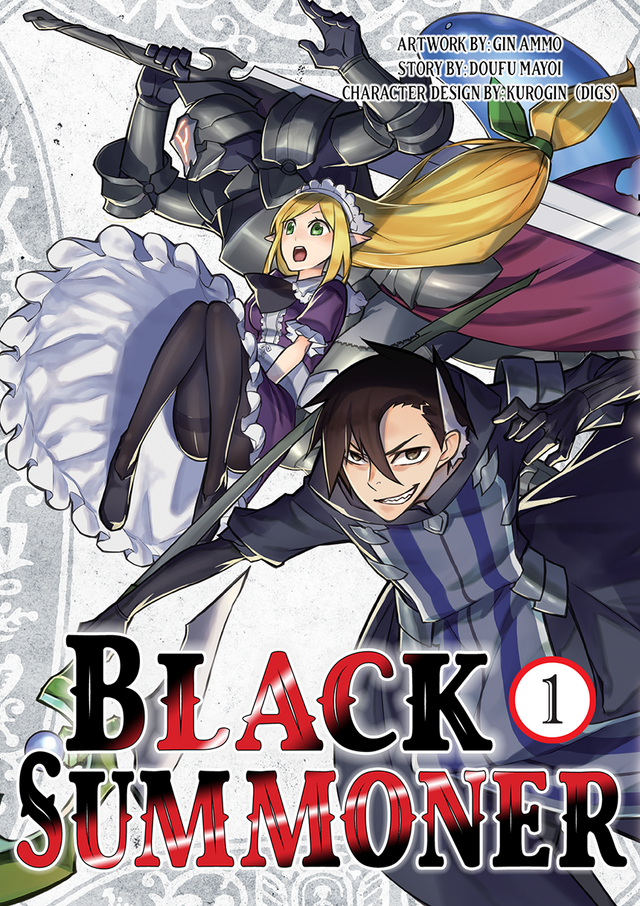 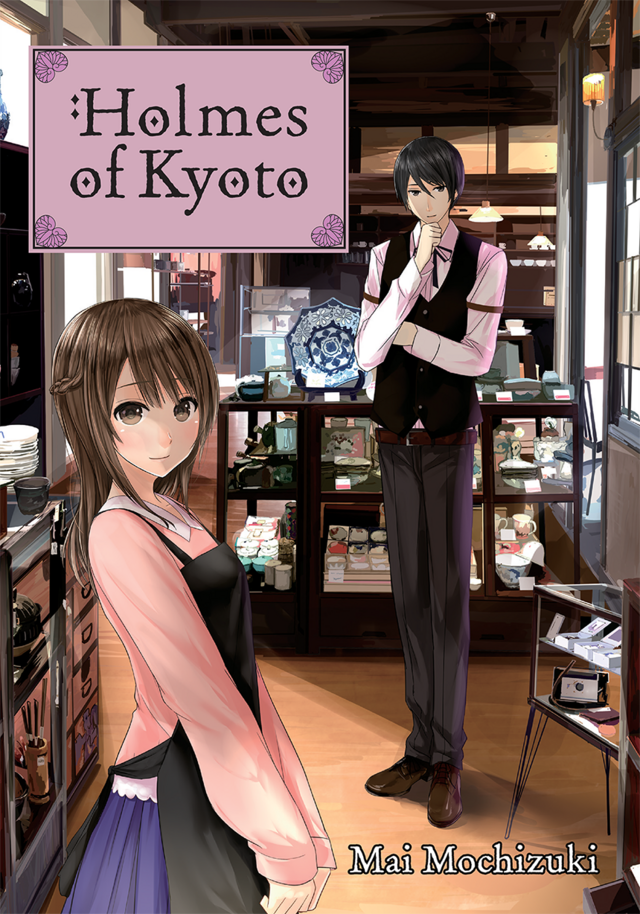 Half a year after moving to Kyoto, high school girl Aoi Mashiro brings her late grandfather’s old scrolls to Kura, an antique store nestled in Kyoto’s Teramachi-Sanjo shopping arcade, for an appraisal. One thing leads to another, and she winds up working there part-time. The manager’s son, Kiyotaka Yagashira—nicknamed the “Holmes of Kyoto”—is uncannily perceptive, and together, they solve strange cases relating to the antiques brought to them by clients.