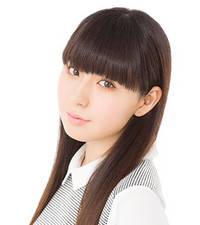 The official Twitter account for the forthcoming anime adaptation of Junji Ito's Uzumaki has announced that voice actress Uki Satake (Tsubomi Takane in Mob Psycho 100) will voice Kirie Goshima in the series, making her the first role confirmation. The announcement also included a video message from Satake, which is embedded below.

The Uzumaki anime is a co-production between Production I.G. and Cartoon Network's Williams Street production arm, which is responsible for both Toonami and Adult Swim programming blocks. The anime is slated to premiere later this year on the Adult Swim Toonami block. Junji Ito recently sat down with Crunchyroll in May to talk briefly about the anime adaptation, also embedded below:

Tags
uki satake, uzumaki, junji ito, toonami, anime
« Previous Post
O Maidens in Your Savage Season to Get Live-Action TV Drama
Next Post »
That Time I Got Reincarnated as a Slime OAD #5 Arrives on November 27
Other Top News
3 Comments
Sort by: