Volumes 1, 2, and 9 of No Game No Life are not allowed to be imported into Australia 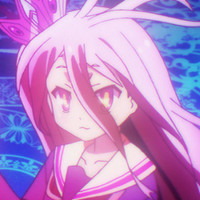 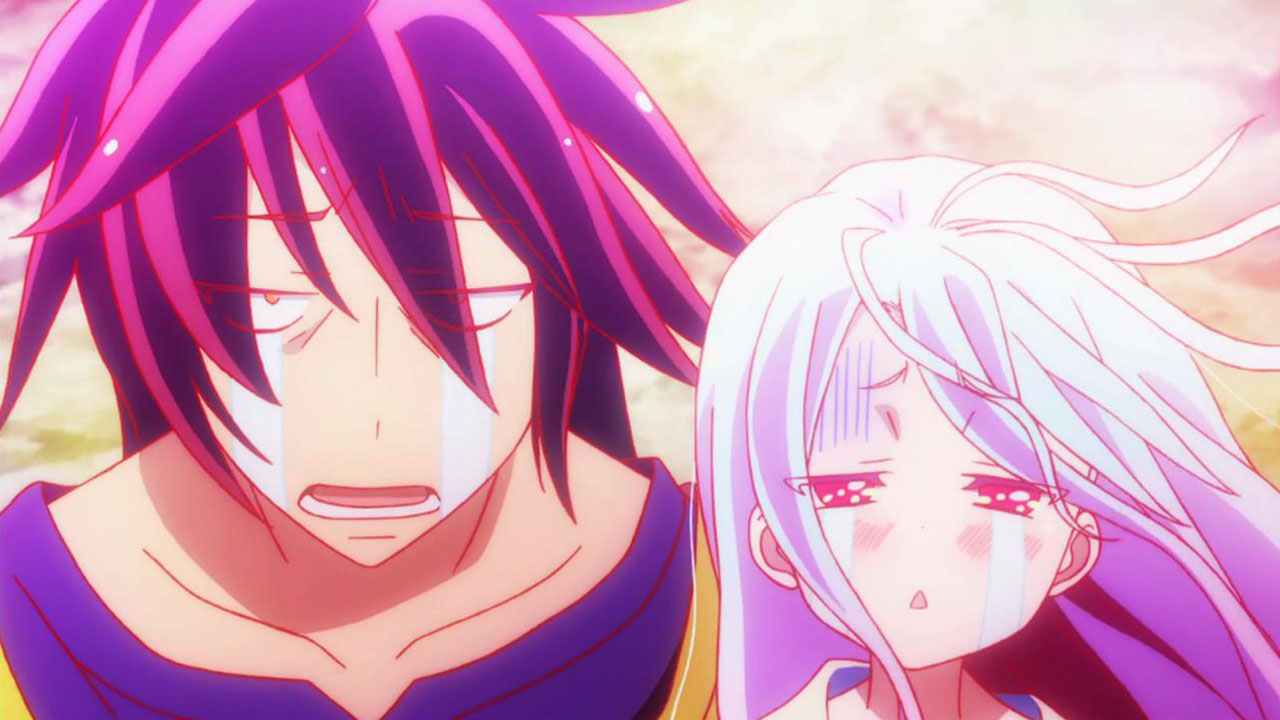 On July 23, the Australian Classification Board gave volumes 1, 2, and 9 of the No Game No Life light novels a 'refused classification' mark, meaning that the import of those light novel volumes would be illegal in Australia. This comes after South Australian MP Connie Bonaros, a member of the SA Best party (formally Nick Xenophon's SA-BEST) contacted the Australian office of Kinokuniya – which has one bookstore in Sydney and an online store – in July about not only No Game No Life, but other titles that were deemed “kiddie-porn manga.”

In July, Kinokuniya pulled the following titles off bookshelves in Sydney in compliance with the Classification Act of Australia:

When Kotaku Australia asked Kinokuniya for a statement on pulling the titles, they responded, "when these titles were brought to the attention of the Classification Board, by some politicians, it fell to The Board to decide if the titles needed to be officially submitted for classification before we are allowed to sell them." "As we import them into Australia to sell them, we are considered to be responsible for ensuring that they are submitted to the Board, but in order to have them go through the classification process we would need to pay a fee for each title."

Books and publications in Australia typically do not need to go through that classification process unless they "contain sexualized nudity or sexually explicit content." Kinokuniya and other book importers for manga and light novels don't usually go through the process of classification when they're imported from the United States – who use their own system of classifying books – unless it is brought to the attention of the Classification Board. 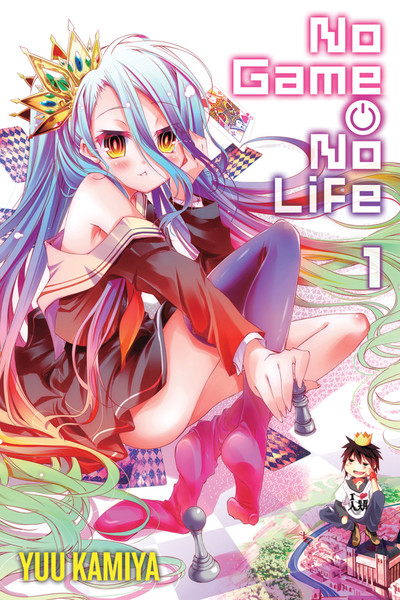 For No Game No Life, the Centre Alliance – the national political party of of SA-BEST – paid the classification fees for the three volumes, which received a 'Refused Classification' mark on them for "describing or depicting in a way that is likely to cause offence to a reasonable adult, a person who is, or appears to be, a child under 18 (whether the person is engaged in sexual activity or not)." Anyone can apply for classification in Australia or any media, including properties they don't own. This is how a lot of international film festivals classify their content before a wide release – some media companies even have someone on staff trained to classify materials.

The first volume of No Game No Life opens with an image that shows the 11-year-old Shiro naked splashing around in front of a camera with only her hair and water droplets to cover her in any way. This is likely one of the reasons for the outright banning of the book in Australia. 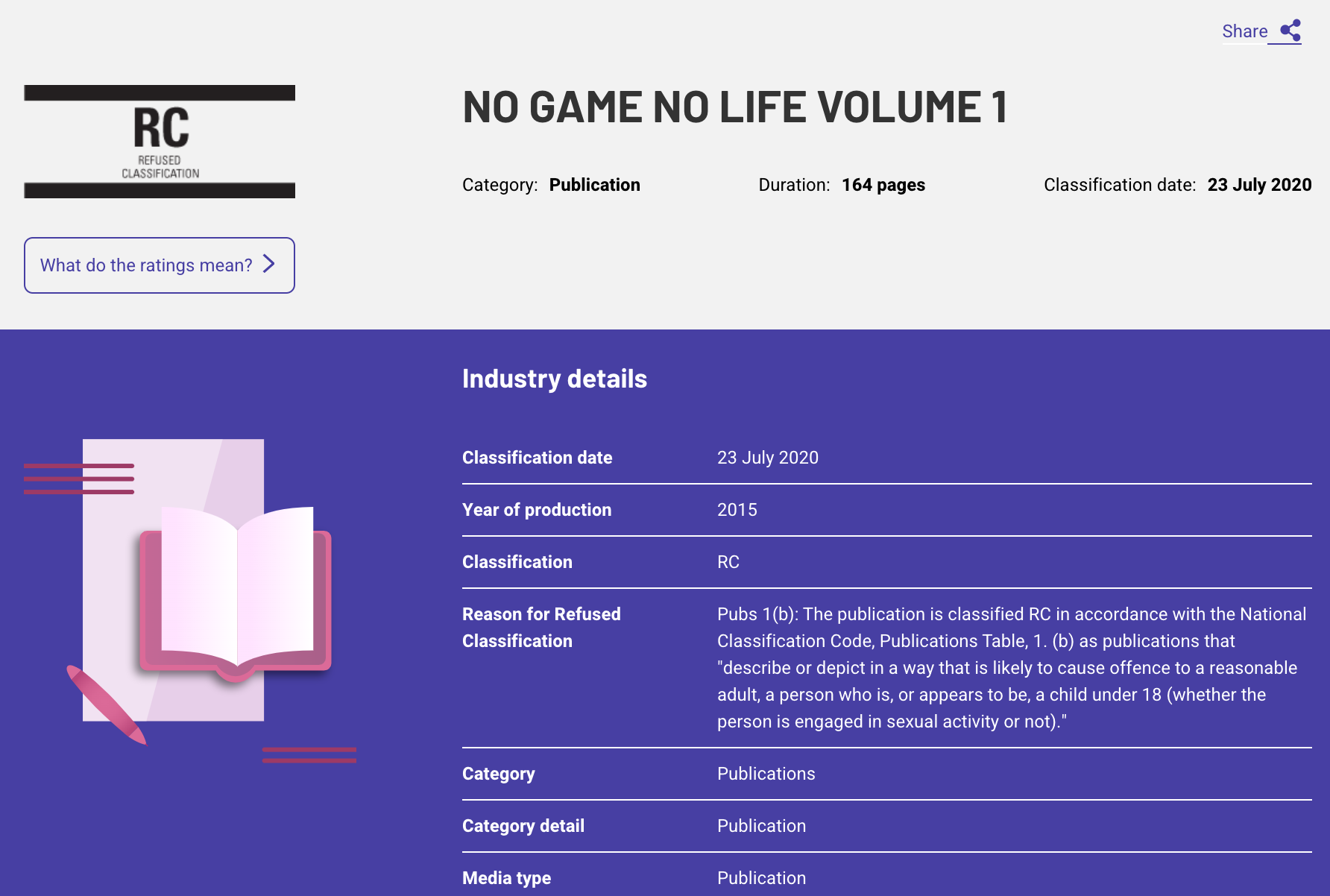 The anime versions of the titles removed from shelves in Australia have mostly all had MA15+ ratings, meaning they can't be sold to people under the age of 15, except for the No Game No Life Zero anime film, which received an M rating, "for mature audiences only," and Sword Art Online up to Alicization, which ranged from PG to M.

No Game No Life was also delisted on Amazon in July alongside various other titles including Oreimo, Eromanga Sensei, How Not to Summon A Demon Lord, alongside many other titles, which still haven't returned to the service.

Daryl Harding is a Japan Correspondent for Crunchyroll News from Australia. He also runs a YouTube channel about Japan stuff called TheDoctorDazza, tweets at @DoctorDazza, and posts photos of his travels on Instagram.

Tags
no game no life, light novels, australia
« Previous Post
Dance the Night Away with Mash Kyrielight in Fate/Grand Order Waltz
Next Post »
Onyx Equinox Creator's Original Art is Just a Taste of the Series' Beauty
Other Top News
100 Comments
Sort by: