Taishi Nakagawa and Kaya Kiyohara are cast as the main couple, Tsuneo and Josee 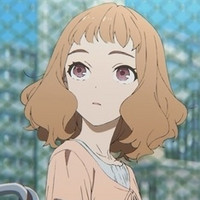 Along with a 60-second teaser trailer, the official website for the forthcoming anime film adaptation of the late Seiko Tanabe's romance short novel Josee to Tora to Sakana-tachi / Josee, the Tiger and the Fish. announced today that it is newly set to be released in Japan on December 25, 2020. The film was originally slated for this summer but has been postponed due to the current COVID-19 pandemic.

The clip introduces the voices of its two main characters. 22-year-old Taishi Nakagawa (Kiyoshi in Prison School TV drama) is cast as Tsuneo Suzumura, a university student who is working part-time to pursue his dream of studying abroad. And 18-year-old Kaya Kiyohara (Hinata Kawamoto in March Comes In like a Lion live-action films) as Josee, the wheelchair-bound heroine who has a foul mouth despite her pretty appearance.

In addition, you can check the theme song for the film, "Ao no Waltz" (The Blue Waltz) performed by singer-songwriter Eve. He was recently announced to sing the OP theme song "Kaikai Kitan" for the forthcoming TV anime adaptation of Gege Akutami's dark fantasy manga Jujutsu Kaisen to premiere in Japan in October 2020.

The short story was originally published in Monthly Kadokawa's June issue of 1984. It was previously adapted into a live-action film directed by Isshin Inudo (The Bucket List Japanese remake in 2019) in 2003. Its story centers on two characters: Josse, who is physically disabled and cannot walk without a wheelchair, so she has spent her life like a doll living in her own imagination world, and Tsuneo, a university student who has been chasing his dream. They meet by chance and are attracted to each other. Then, Josses decides to go with him to the outside world.

FEATURE: Here's Why You Should Be Excited for Josee, the Tiger and the Fish!