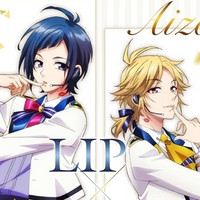 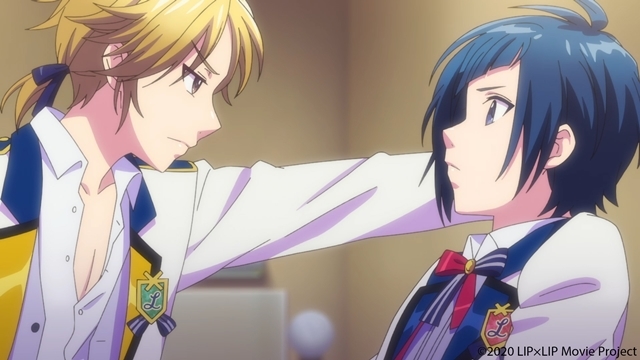 LIP x LIP is a two-member virtual idol unit produced by Honey Works, consisting of Yujiro Someya (CV: Kouki Uchiyama) and Aizo Shibasaki (Nobunaga Shimazaki). As the tenth anniversary project for the creator unit, Kono Sekai no Tanoshimikata (how to Enjoy This World) -Secret Story Film-, a feature film to tell the story how the two met and decided to form the unit has gotten the green light.

The unit made their screen debut with "Romeo," an insert song for HoneyWorks' 2016 anime film Zutto Mae Kara Suki Deshita. ~Kokuhaku Jikkou Iinkai~, then made their major debut with their double A-side first single "Non Fantasy/Hitsuyou Fukaketsu" in December 2017. Their first album "Docchi no Kiss ka, Erabeyo." ranked second in Oricon's weekly album chart. Their videos have been viewed more than 70 million times on the web.

Fumie Muroi (Chiruran Nibun no Ichi) serves as the director of the feature film on a screenplay by Yoshimi Narita (PreCure series) at CLAP (Eiga Daisuki Pompo-san). 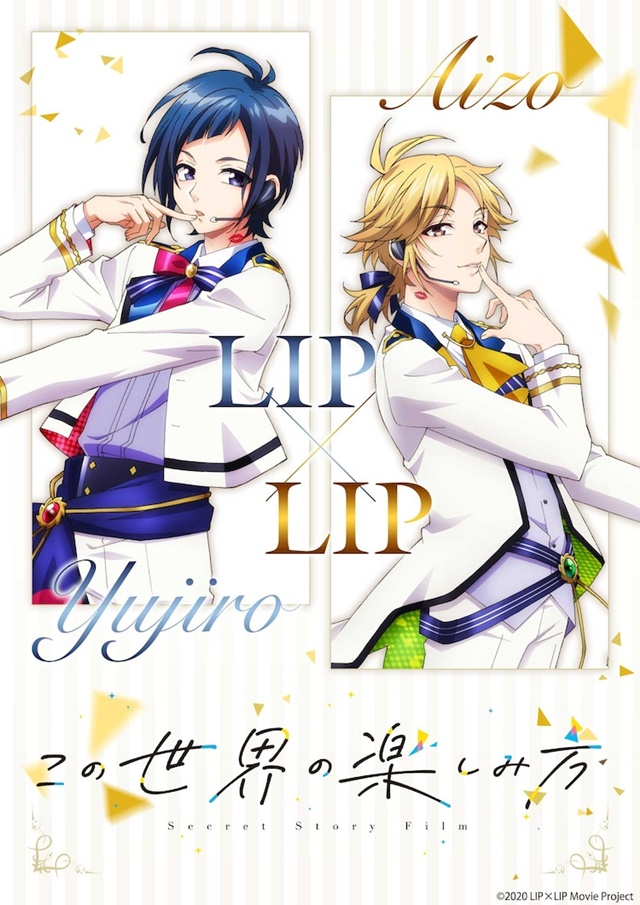