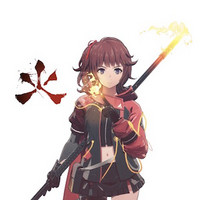 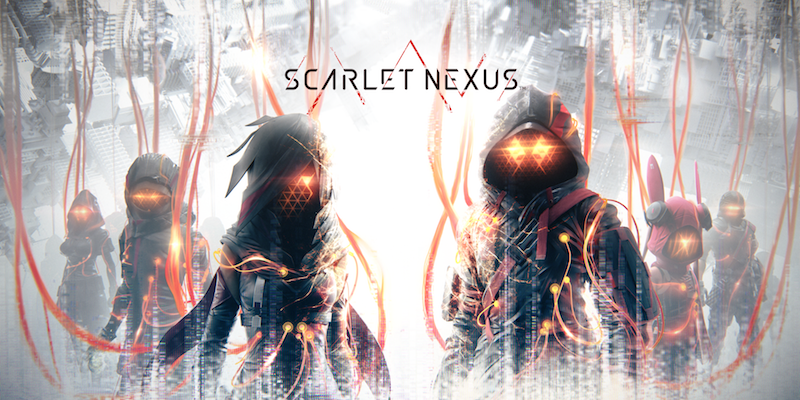 Yesterday saw the debut of a new Gamescom 2020 trailer for Scarlet Nexus, the "Brain Punk" action-RPG from Bandai Namco and a team of experienced devs. Prior to that, we got a chance to check out a lengthy keynote featuring three of those core team members: producer Keita Iizuka, game director Kenji Anabuki, and art director Kouta Ochiai.

All three have a pretty impressive history behind them. After some time spent working on smartphone games, Keita Iizuka was most recently the producer of Code Vein. Kenji Anabuki worked on about five to six titles while overseeing the Tales series, and wanted to do something new and challenging this time around. Art director Kouta Ochiai claims not to have any major works to his name, but he's spent time with series like God Eater and The Idolmaster, and has designed characters for the SoulCalibur series in the past.

According to this trio of devs, Scarlet Nexus has been in the works for around five years, and way back when it all began the team was pretty small, with three to four members involved at the time of proposal. The themes are all right there on the surface, with the title itself reflecting the concept of red bonds (Scarlet = red / Nexus = connection), right down to the red strings that appear on the player character's back when calling upon their partner's powers. 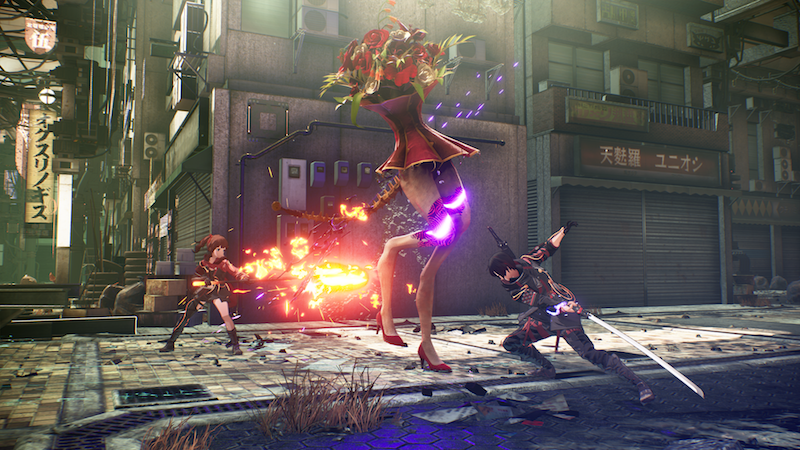 Another major theme that may have caught your eye when Scarlet Nexus was first announced is the term "Brain Punk." It's like cyberpunk… but with brains, right? Kind of. Since the brain is the home base for all expressions, the world of Scarlet Nexus deals with technology centered on the brain's development. Characters have techniques that call upon their brain power, and the '90s Japan style artistic vision lends itself to somewhat of a cyberpunk aesthetic. But the team stresses that this isn't just another cyberpunk-themed game, which brings us to Brain Punk.

Despite the fact that the setting of New Himuka—a country so big that the concept of "overseas" doesn't exist—is firmly planted in the aforementioned '90s Japan aesthetic, Scarlet Nexus isn't set in a specific year. The story centers on Yuito Sumeragi, one of the descendants of the family that built the country in the first place, and the newest recruit to the 567th class of the OSF (Other Suppression Force). The Others are enemies that descend from above and wreak havoc upon the world, but at this point humanity has learned to coexist with this threat while the OSF works on dispatching them when necessary. 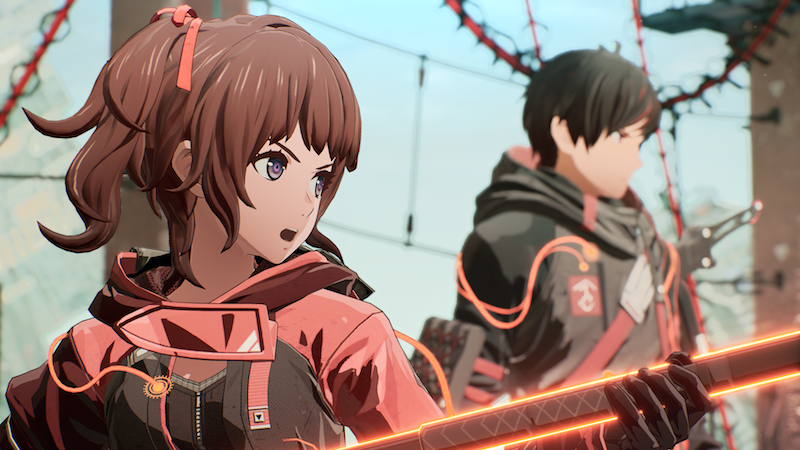 Speaking of the Others that need suppressing, one of the standout features is the design of these otherworldly enemies. To make them as bizarre and unsettling as possible and emphasize the keyword "foreignness," they sought out artists to come up with some new and unusual designs. Art director Kouta Ochiai eventually turned to Masakazu Yamashiro, who added grotesque elements to everyday ideas. By mixing creatures with inanimate objects, Yamashiro was able to create incomprehensible enemies that really stand out. Though this now looks like an inexorable aspect of the game's design, the idea of combining two things that repel each other visually didn't come about that easily. 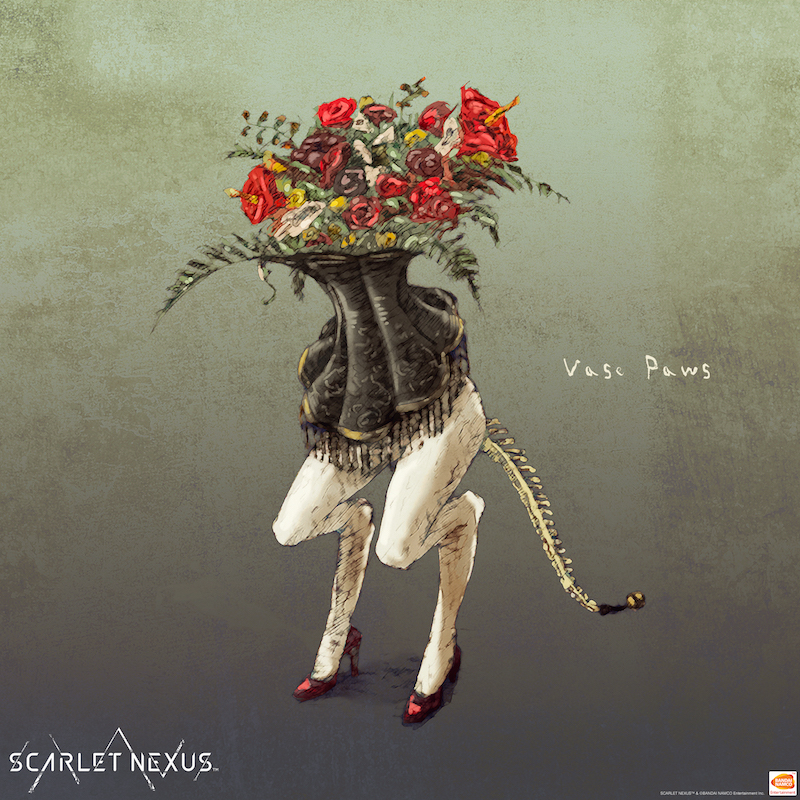 Ochiai was so excited when he found Yamashiro, but the team didn't even have permission to start on the game yet. When they got the green light, they contacted him immediately, but even director Kenji Anabuki had his initial doubts. He wasn't sure whether or not Yamashiro was the right person to go with at first. When the team first saw his artwork, however, they were totally amazed. The designs combined the look of both beauty and death, with the idea of painting death beautifully and expressing beauty with extreme means.

These designs were definitely a standout in the gameplay showcase we got to check out, as well. The demo put a tutorial mission on display, giving players a chance to come to grips with the "Psychokinetic action game experience" the team wants everyone to pay close attention to. Controlling Yuito lets you use combo-based melee attacks with his sword while simultaneously grabbing and throwing objects littered about the environment with PK powers. While we didn't get a chance to try it out with any hands-on time, the two appear to work in tandem pretty seamlessly.

The combo of melee and PK attacks came in especially handy during the boss battle that capped off the presentation. The massive beast with some kind of container on its back was quick on its feet, but Yuito was able to get it into certain positions that allowed him to use psychokinesis to drop massive objects on its back. 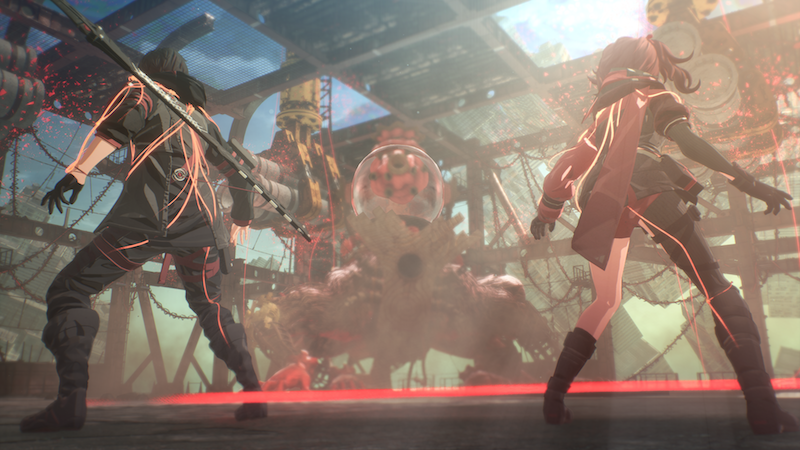 Scarlet Nexus is coming to consoles and PC, as well as next-gen platforms, so it has some different visual goals for both. On PS4 and Xbox One, it's aiming for 30 frames per second with full HD resolution. On Xbox Series X and PS5, though, we'll hopefully be looking at 60fps with 4k visuals. The PC version will also clock in at 4k/60fps as long as you have the recommended specs.

Will it live up to its Brain Punk ambitions? We'll find out when Scarlet Nexus eventually slices and PKs its way into our hands.