Check Out Chimame-tai's Cute Voices in Is The Order a Rabbit? 3rd Season ED Theme Preview

The highly-anticipated new season is set to launch on October 10, 2020 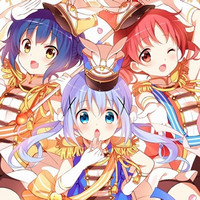 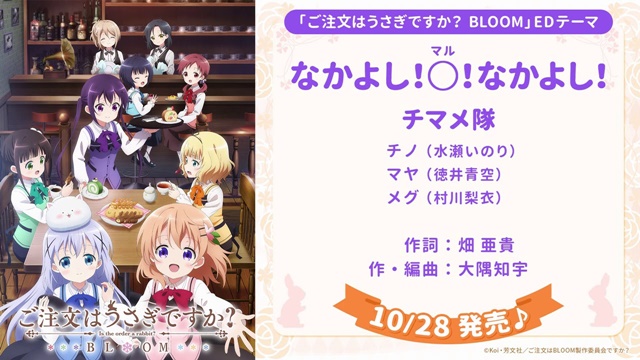 Following the OP theme song "Tenku Cafeteria" (Sky Cafeteria) by Petit Rabbit's, the official website for the Is the Order a Rabbit? TV anime franchise has posted a 90-second preview video for the ED theme song "Nakayoshi! ○ (Maru)! Nakayoshi!" for its forthcoming third season BLOOM. Same as the previous two seasons, the song is performed by the franchise's trio unit Chimame-tai.

The unit consists of Chino Kafuu (CV: Inori Minase), Maya Jouga (Sora Tokui), and Megumi Natsu (Rie Murakawa), and have performed "Poppin' Jump♪" for the first season and "Tokimeki Poporon♪" for the second. The music of the new ED song is composed by Tomotaka Osumi, who previously worked on "Tokimeki Poporon♪", while the lyrics are written by Aki Hata, best known for her works for the Love Love! franchise. The CD also includes another new song "Wao Wao Dobutsuen" written by Aki and composed by Shigenobu Okawa, as well as the three solo versions of the title song.

The CD singles of the OP and the ED theme songs will be released simultaneously on October 28, 2020. Following the first season in 2014 and the second season in 2015, the much-awaited TV anime third season is set to premiere in Japan on October 10, 2020. 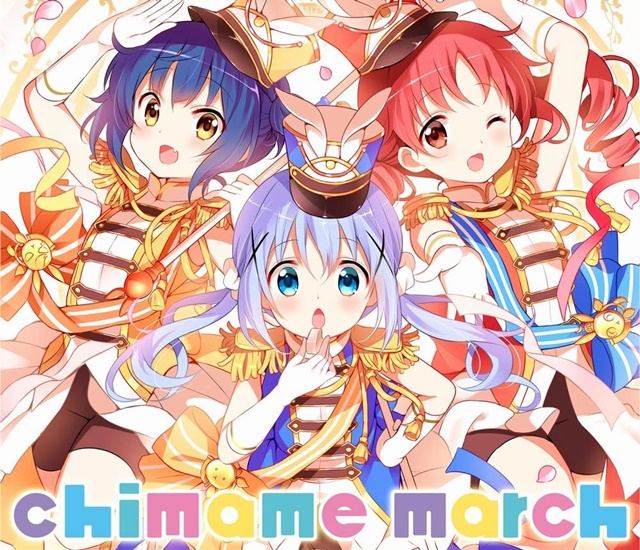 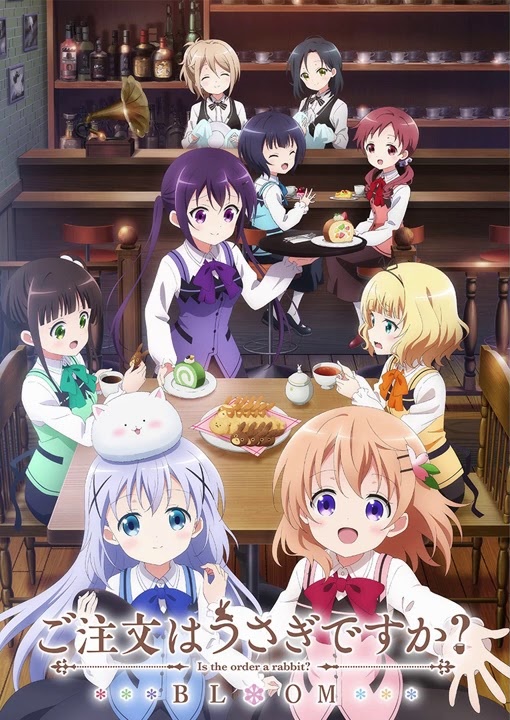 Tags
is the order a rabbit?, is the order a rabbit? bloom, fall 2020
« Previous Post
The Endless Wait is Over, 12th Haruhi Suzumiya Novel To be Released on November 25 After 9 Year Break
Next Post »
Battle Athletes Returns as New TV Anime Series "ReSTART!" in 2021
Other Top News
6 Comments
Sort by: