Also, an original anime for Boukyaku Battery will be released during the stream 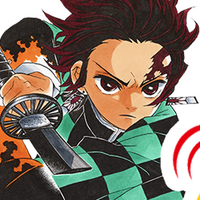 The program for the stream has a special preview of the upcoming Demon Slayer: Kimetsu no Yaiba the Movie: Mugen Train anime film, which releases later that week in Japanese cinemas, new footage for the upcoming second season of Dr. STONE, a preview of the JUJUTSU KAISEN TV anime, which starts airing on October 2 (and streaming on Crunchyroll!), and an "original anime" for the Shonen Jump+ manga series Boukyaku Battery from the mind of Eco Mikawa.

Both Dr. STONE, which is going into its second season, and JUJUTSU KAISEN will be available to watch on Crunchyroll when they're broadcast in Japan.