Let's take a look back at the weekend's virtual event 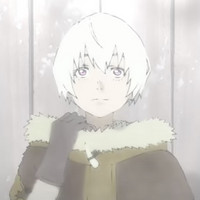 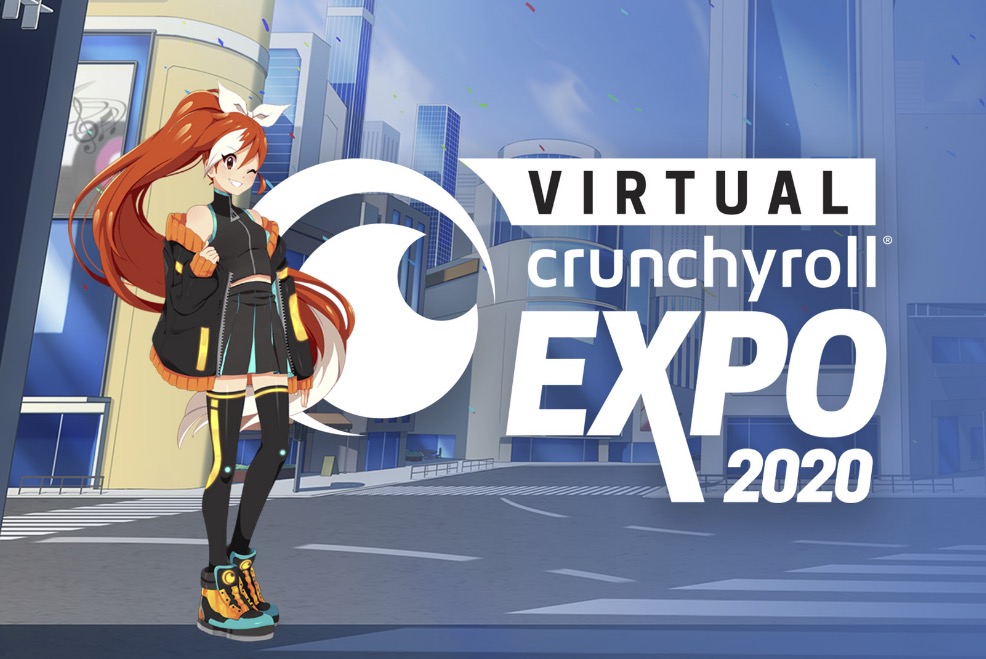 While the electronic dust settles on Crunchyroll's first fully online convention, Virtual Crunchyroll Expo is still very much on our minds. In addition to all the activities and panels, there were a bunch of announcements from Crunchyroll over the weekend, so it's understandable if you missed some of them in the excitement. Since it's never fun to say farewell to a con, let's take a moment to look back at those announcements in the roundup below.

There was a lot going on for the upcoming Crunchyroll Original series from Sofia Alexander, from the scavenger hunt to a special preview. Among the announcements was the reveal of a premiere date—which has the show set to arrive on Saturday, November 21—and the main English voice cast.

The latest Shonen Jump hit was also present and accounted for, and Crunchyroll celebrated the October 2 premiere with a brand new promo.

Speaking of Jump, the second season of the Dr. STONE anime is lined up for a January 2021 premiere on Crunchyroll. What better way to mark the occasion than with some Crunchyroll Original Art from the staff behind the adaptation? 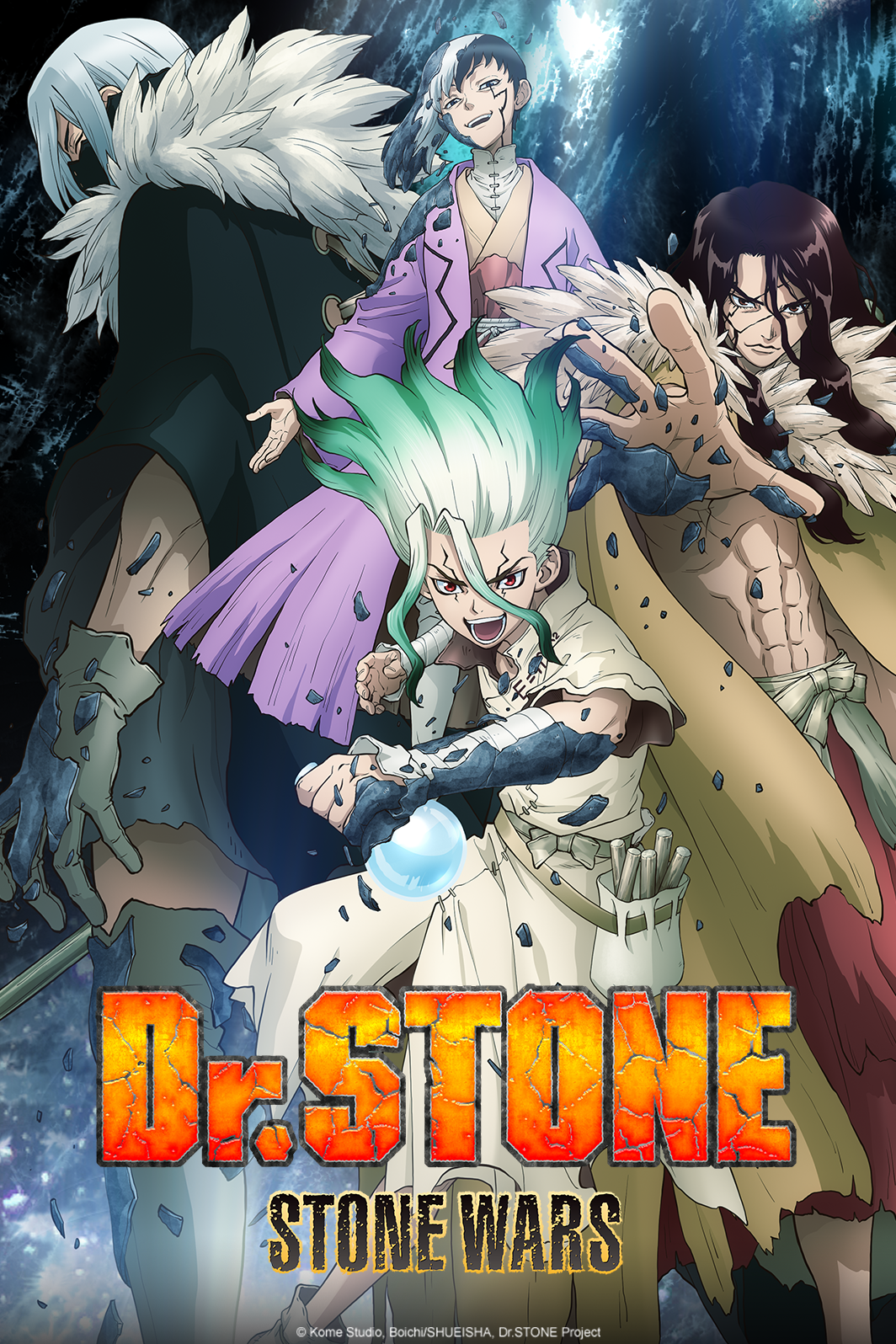 Based on the manga by A Silent Voice creator Yoshitoki Oima, the To Your Eternity anime is coming to Crunchyroll! A delay was announced shortly after this—pushing the premiere back to April 2021—but that hasn't stopped us from watching the new promo on repeat.

Back on the Crunchyroll Original front, EX-ARM staff was on hand over the weekend to reveal some more plans for the adaptation. The latest cast additions include Daisuke Namikawa (Hisoka Morow in Hunter x Hunter) as Soushi Shiga, Sumire Uesaka (Shalltear Bloodfallen in Overlord) as Chikage Rokuoin, Yui Ishikawa (Mikasa Ackerman in Attack on Titan) as Alisa Himegami, Taku Yashiro (Tsubasa Kashiwagi in THE [email protected] SIDE M) as Kimura, and Shomaru Zouza (Tasuke in Angolmois: Record of Mongol Invasion) as Kondo.

Also, holy crap, there's a Shenmue anime on the way! Yu Suzuki—the original creator of the series that kicked off on Dreamcast back in 1999—is on board as executive producer for the Crunchyroll and Adult Swim collaboration. Chikara Sakurai is directing at Telecom Animation Film, with more details to come later.

For now, here's that visual that had us all doin' wheelies in forklifts like it's 1999:

There's also a new interview with Yu Suzuki discussing the development of the anime.

The Rising of the Shield Hero Season 2

Fans have been patiently waiting long enough, and they were finally rewarded with an update on plans for the return of The Rising of the Shield Hero. The second season is coming to Crunchyroll, and a new visual and trailer debuted at the Shield Hero panel at V-CRX. 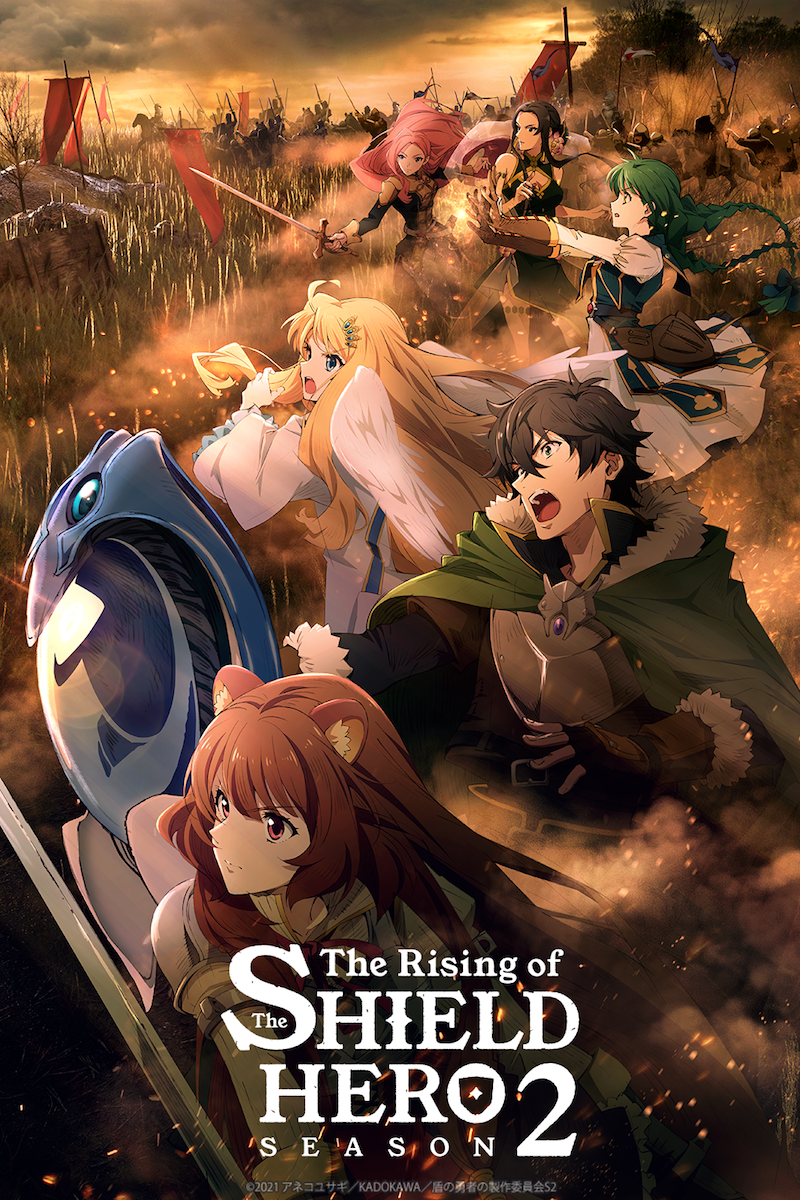 The Misfit of Demon King Academy

Who doesn't want more dubs in their life? For those who are feelin' this rhetorical question immensely, Aniplex of America announced that the English dub of The Misfit of Demon King Academy would be coming to Crunchyroll… like, NOW. The first episode is live, so check it out if you haven't yet!

I love it when two great tastes go together, and that's what's happening right now with Crunchyroll and Sentai Filmworks. The pair announced a home video partnership over the weekend, with titles like Food Wars! The Fourth Plate, Ascendance of a Bookworm, Granbelm, and World Trigger kicking it off.

On the topic of partnerships, Crunchyroll is also teaming up with Loot Crate for a monthly Crunchyroll Crate and a Limited Edition Mobile Suit Gundam Life Crate. If you dig both loot and crates, you'll want to hit the link above for all the details. Here's a taste of what's featured in the first curated crate: 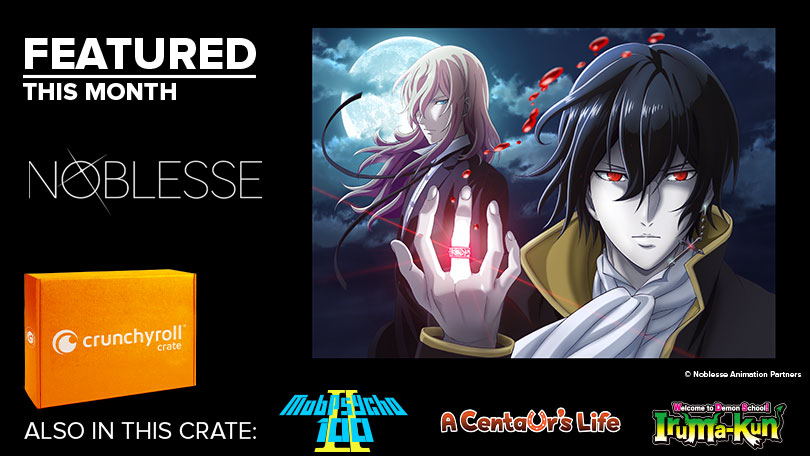 *Knocks incessantly* Huh, guess I can't enter this dungeon. Dang. Well, at least I'll be able to watch The Hidden Dungeon Only I Can Enter when it launches on Crunchyroll in January 2021. The V-CRX panel also unveiled some new character and cast info, including a look at Ryota Osaka (Nariyuki Yuiga in We Never Learn: BOKUBEN) as Noir, Miyu Tomita (Rizu Ogata in We Never Learn: BOKUBEN) as Emma, Rumi Okubo (Chinatsu Yoshikawa in YuruYuri) as Lola, and Yui Horie (Felix in Re:ZERO -Starting Life in Another World-) as Olivia.

Coming to Crunchyroll in January 2021 is a TV anime adaptation of Aho Toro's Dr. Ramune Mysterious Disease Specialist. You can read more about the upcoming series in the announcement, and check out the key visual below. 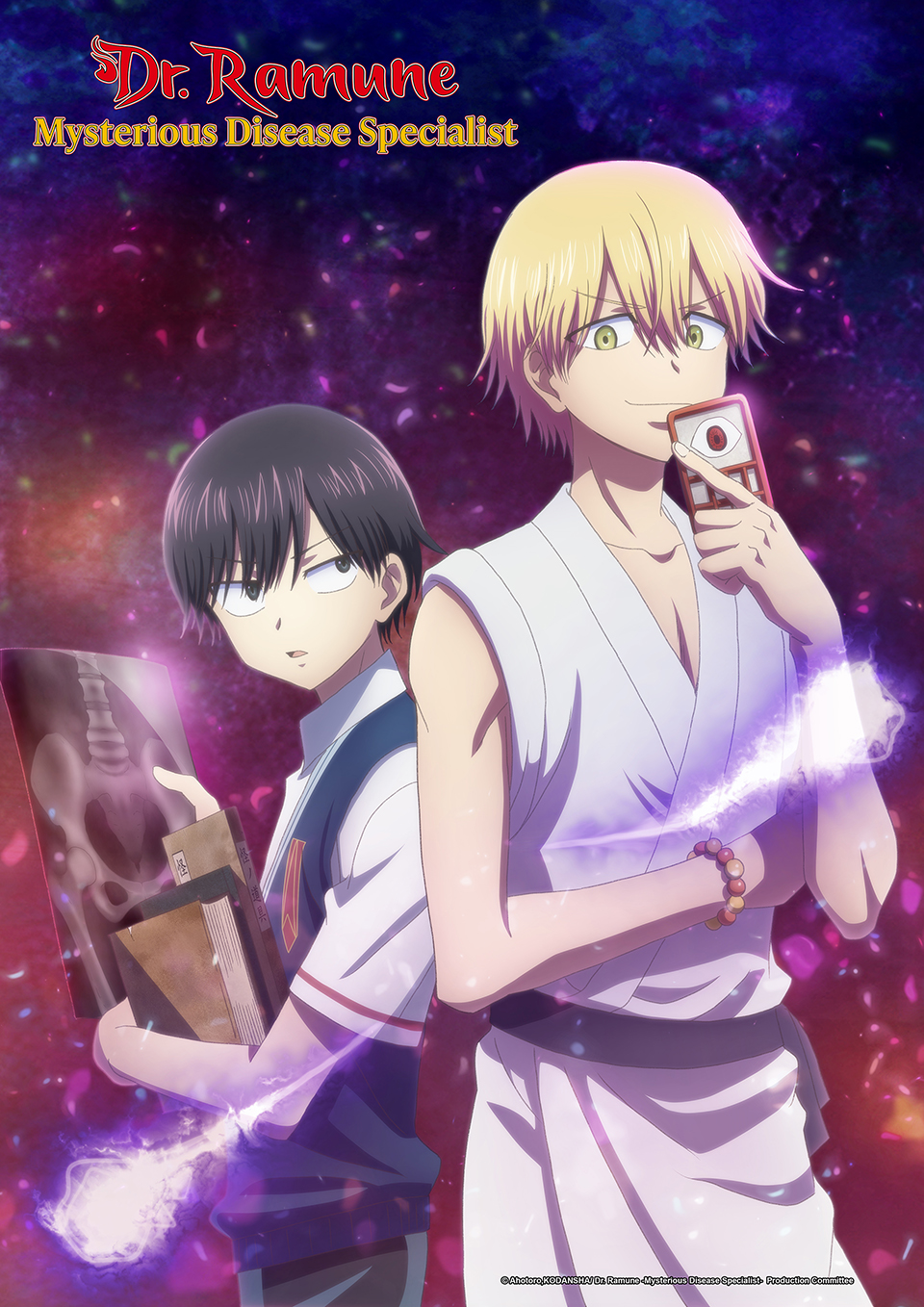 TONIKAWA: Over the Moon For You

No, of course we didn't forget about TONIKAWA; we're absolutely over the moon for this anime! The Crunchyroll Original premiere of TONIKAWA: Over the Moon for You is set for this October, and the series' V-CRX panel featured the reveal of OP and ED performers, supporting characters, and some smashing new character art.

You can also find out what the supporting cast members think about their characters.

V-CRX was truly an embarrassment of riches in terms of Crunchyroll Originals news, and that extends to Noblesse, based on writer Jeho Son and illustrator Kwangsu Lee’s webcomic published on WEBTOON. The first episode premieres on Monday, October 5, and you can see the special 5-minute preview below.

That just about does it for the Crunchyroll announcements made over the span of Virtual Crunchyroll Expo. What did you think of the event? Let us know your favorite part of the weekend in the comments!