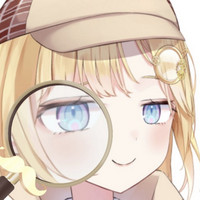 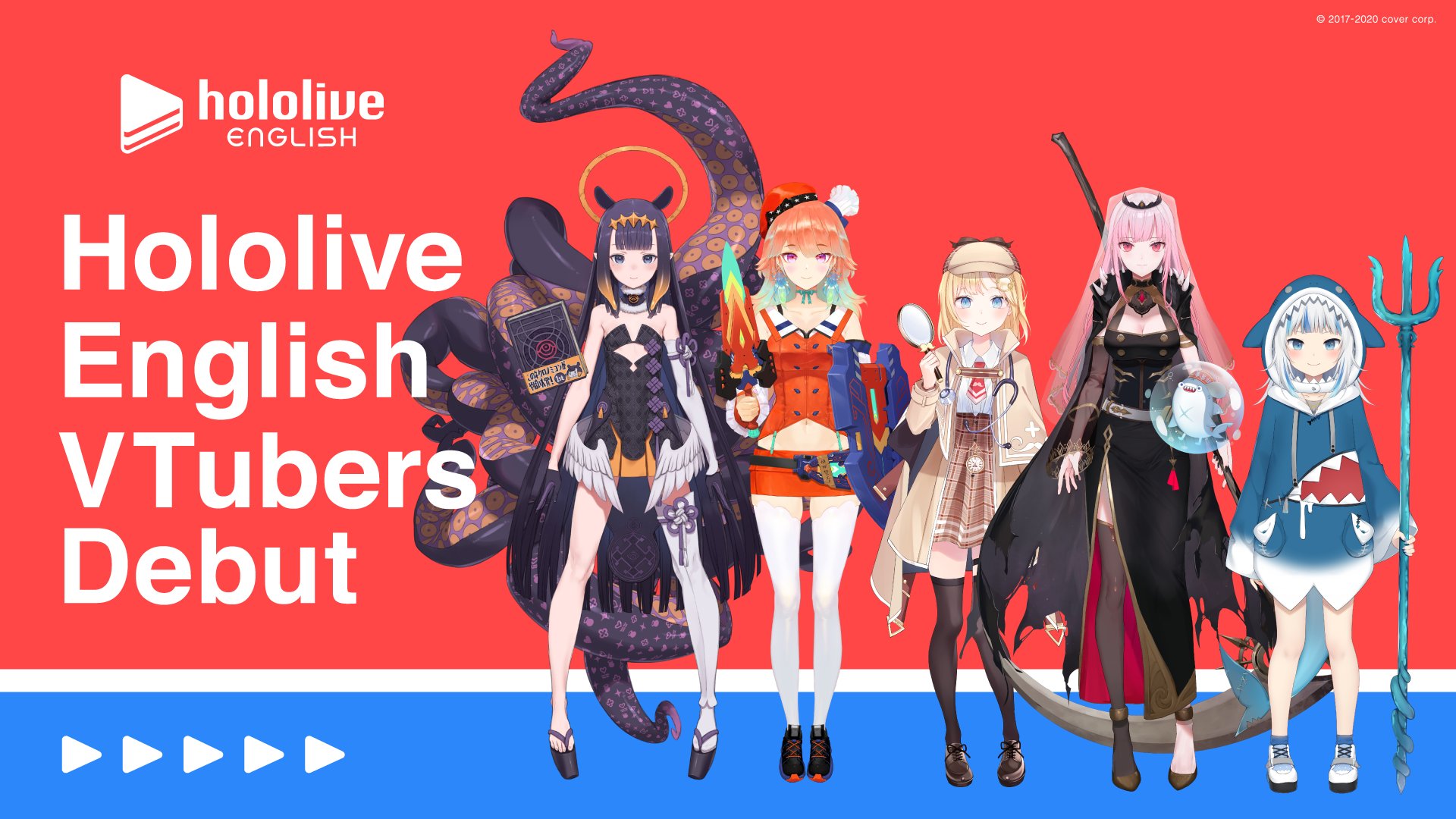 Some new VTubers are on the way to the world of Hololive, and this time they're aiming their sights directly at English-speaking audiences. Hololive English officially launches this weekend, with five new virtual stars to make their streaming debuts back-to-back across September 12 and 13.

The VTubers debuting are Mori Calliope, Takanashi Kiara, Ninomae Ina'nis, Watson Amelia, and Gawr Gura. Check out a teaser below.

According to the press release, these VTubers hail from worlds of legend, "hololive English -Myth-."

As promised, all the new stars are active on social media starting today, including:

doko the hell am i pic.twitter.com/TUXxsYh5zO

The Grim Reaper's first apprentice. Because the world's medical system advanced so dramatically, she became a VTuber to collect souls. It seems that the lost souls vaporized by the wholesome relationships of VTubers flow through her as well. In the end, she's a gentle-hearted girl whose sweet voice contradicts the morbid things she tends to say, as well as her hardcore vocals.

Mori's YouTube debut is scheduled for Saturday, September 12 at 4:00am PT.

An idol whose dream is to become a fast food shop owner. She is a phoenix, NOT a chicken or turkey. (Very important)

She works extremely hard since she will be reborn from ashes anyway.

Takanashi's YouTube debut will be on September 12 at 6:00am PT.

One day, she picked up a strange book and then started to gain the power of controlling tentacles. To her, tentacles are just a part in her ordinary life; it has never been a big deal for her. However, her girly mind does want to get them dressed up and stay pretty.

After gaining power, she started hearing Ancient Whispers and Revelations. Hence, she began her VTuber activities to deliver random sanity checks on humanity, as an ordinary girl.

Ninomae's YouTube debut is scheduled for September 12 at 12:00pm PT.

"She heard strange rumors surrounding Hololive online: talking foxes, magical squirrels, superhuman dogs, and more. Soon after beginning her investigation on Hololive, and just out of interest, she decided to become an idol herself! She loves to pass her time training her reflexes with FPS games, and challenging herself with puzzle games.

We have deduced that Watson will make her YouTube debut on September 13 at 4:00pm PT.

Gawr will make her YouTube debut on September 12 at 2:00pm PT.