I wouldn't slay demons in these 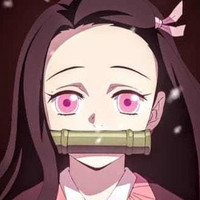 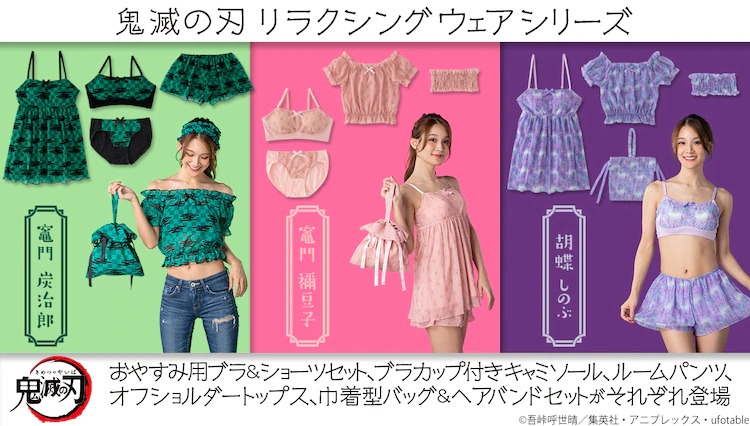 There are three different styles of clothing based on the characters; a sleepwear bra and underwear set, camisole with support, lounge pants, off the shoulder top, and a drawstring bag and hair band set. The sets range from 3,850 yen (US$36.45) for just the pants, to 6,160 yen (US$58.32) for the bra and underwear combo. 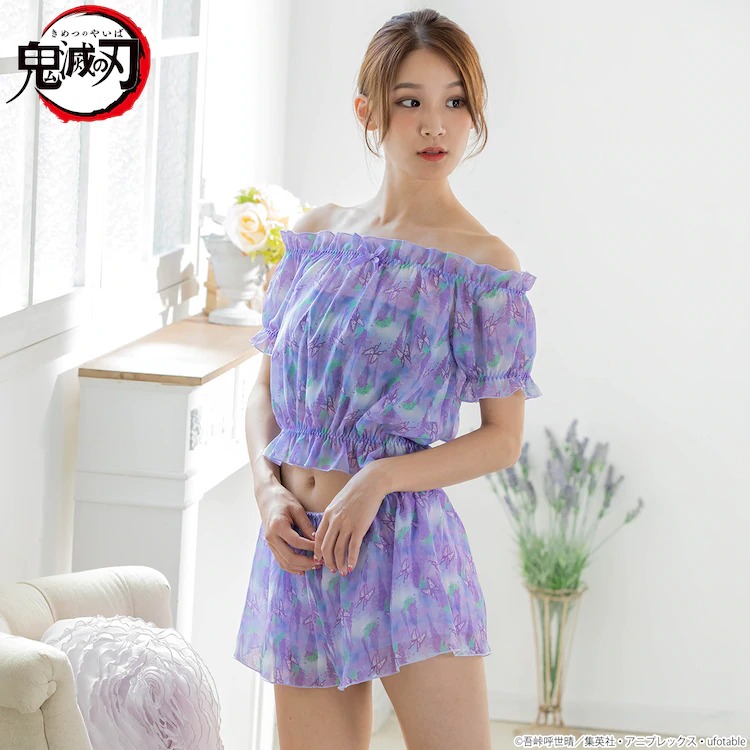 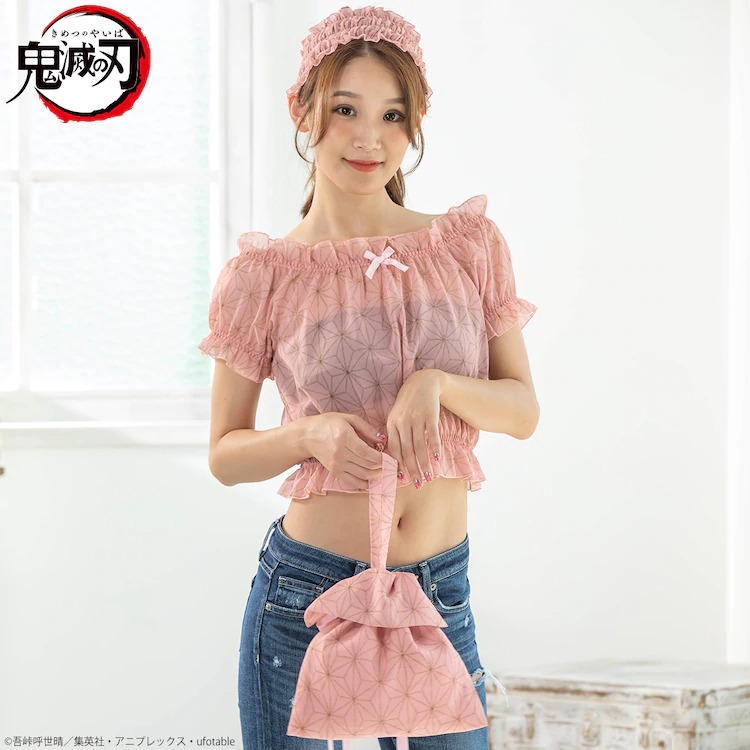 The colored motifs of the garments represent a character from Demon Slayer: Kimetsu no Yaiba, with green representing Tanjiro, pink representing Nezuko, and purple representing Shinobu. The collections are available to pre-order right now from Bandai Fashion's Bankore site, with shipping scheduled for February 2021.