Japanese Comedian Gets Depetrified By Senku and a Snickers Bar in Dr. STONE TV Anime Collaboration

This collab both rocks and is nuts! 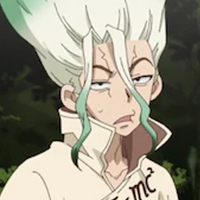 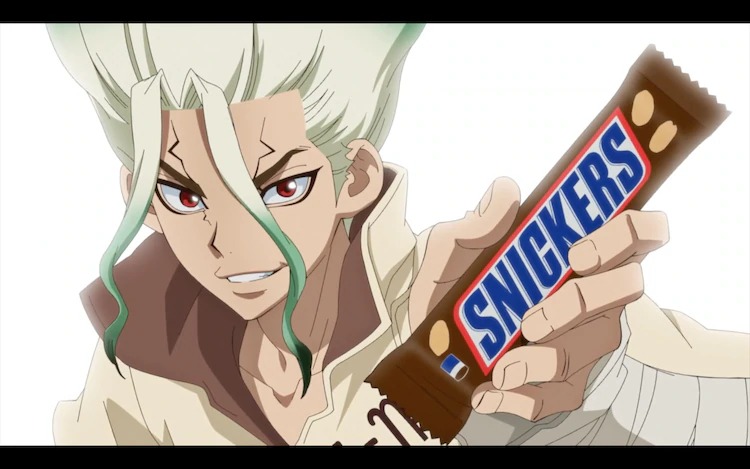 Senku has found yet another way to un-petrify people and let them live in the Stone World, Snickers bars! A new collaboration between the confectionary bar and the Dr. STONE TV anime sees the hero of the Stone World bring back Japanese comedian Kouki Kusanagi to life with a Snickers bar ... which hopefully gave Kusanagi the strength to come back to life, rather than have Nitric Acid in it ...

The collaboration will hold a daily lottery on Twitter where 40,000 people who respond to a quiz about Dr. STONE on the Japanese Snickers account, they'll be given a free voucher for a Snickers bar. 100 people in that group might also win a collaboration clear file. 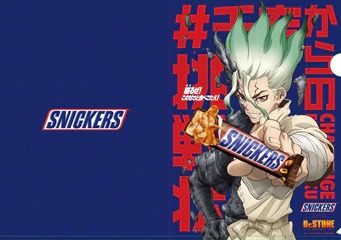 Dr. STONE season 2 is scheduled to be broadcast this January, bringing the STONE WARS to Japanese TV screens.