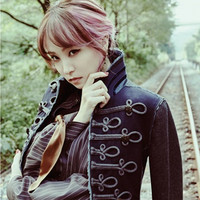 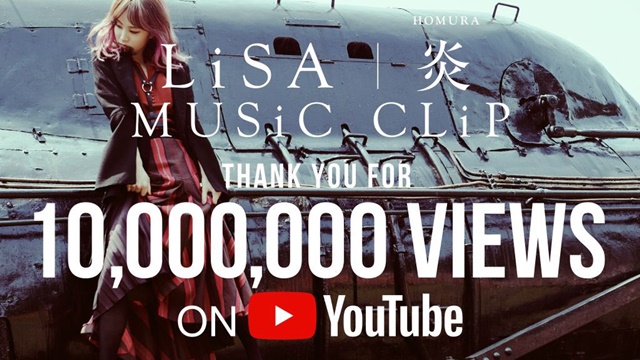 As reported, the official YouTube channel for anison singer LiSA posted a five-minute music video for her 17th single "Homura" on October 13. The clip filmed during the limited time between dawn and sunrise, the so-called Magic Hour, has been immediately viewed ten million times only in one week. As of this writing, the viewing number has reached 11,798,000 times.

The song is now used as the theme song for Demon Slayer: Kimetsu no Yaiba the Movie: Mugen Train, and the music video for her 15th single song "Gurenge," the OP theme for the Demon Slayer TV anime, has been watched over 57 million times in 16 months.

LiSA herself is surprised at the news, saying on Twitter, "In one week!!!???"

Two days before its CD release, "Homura" was released digitally for streaming and download on October 12 and dominated 55 digital single daily charts in Japan, including Amazon Digital Music Single Ranking and iTunes General Top Song Ranking. Then its CD single topped Oricon's weekly single chart by selling 68,000 units in its first week to become her first weekly No.1 single in her ten-year career. The single has still topped Oricon's daily chart for seven consecutive days.