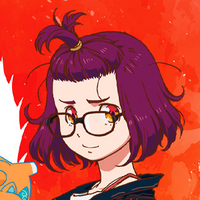 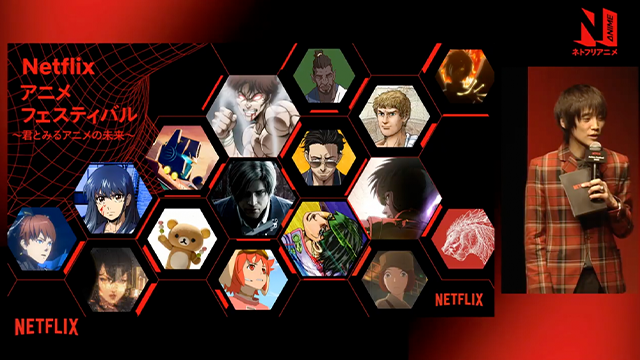 During the Netflix Anime Festival 2020, the streaming company announced 16 anime titles coming to the service. Hosted by Hisanori Yoshida with special guest Rio Uchida, the two walked through the company’s upcoming anime from previously announced series to upcoming features. The announcements below are in alphabetical order.

The story of the strongest parent-child fight in history comes to its climax in the 3rd part of the Baki Hanma series, subtitled ‘Son of Orge,’ premiering on Netflix in 2021. Manga creator Keisuke Itagaki drew a special illustration of Baki for the announcement.

The most dysfunctional father-son relationship of all time reaches its climax when Baki Hanma faces off against the Ogre himself in next year’s season of Keisuke Itagaki’s brutal fight series! pic.twitter.com/Y0mEC8PmS8

B the Beginning Succession

The second season of the popular B the Beginning anime series was announced during the presentation, entitled B the Beginning Succession. Netflix showcased the first images from the series as well as the new staff members.

They might have solved their last case, but Keith and Koku aren’t finished yet. Here’s your first glimpse at B: The Beginning Succession’s story of detectives and killers in a high-tech world, arriving next year. @ProductionIGinc pic.twitter.com/spcWDOFUh7

Ichiro Kawasaki takes over from Kazuto Nakazawa as the director of B the Beginning Succession at Production I.G. with Nakazawa returning in a supervisory role and the rest of the staff and cast returning for the second season that is scheduled to stream in 2021.

Netflix released a brand new trailer and visual for the four-episode original series Eden, directed by Yasuhiro Irie with animation production by Qubic Pictures, coming in May 2021.

Sometimes a family is a human girl, a robot, and another robot. EDEN follows Sarah and her mechanical adoptive parents as she confronts a strange, beautiful world, arriving May 2021. pic.twitter.com/1foOcAT8Eh

During the presentation, the first visual and teaser trailer for the upcoming Godzilla: Singular Point anime series from Studio Orange and Bones roared its way through the presentation hall.

When danger comes up from the depths, only young geniuses Mei, Yun, and their team can face the threat in Godzilla Singular Point! Take a first look at next year’s new series featuring the classic monster. @CG_Orange_eng @TOHO_GODZILLA pic.twitter.com/B7VWyGb3ZZ

The series will feature character designs by Kazue Kato (Blue Exorcist) and a new Godzilla design by Ghibli animator Eiji Yamamori. The series is currently scheduled to broadcast in April 2021.

Netflix will release an anime adaptation of High Rise Invasion, based on the manga series by Takahiro Oba and Tsuina Miura (Ajin), in February 2021. The first two visuals of the series was released as well as the staff and cast. Directed by Masahiro Takata, with animation production by Zero-G.

As Yuri finds herself in a bizarre world of endless buildings and masked killers, she’ll do whatever it takes to find her brother and escape. Next year, discover the secret of the skyscrapers in action horror series High-Rise Invasion. pic.twitter.com/ShFLIYsKHL

Yoichi Ueda does the character designs, while Toko Machida works on the series composition, with music from tatsuo and Yoichi Sakai. Haruka Shiraishi, Shiki Aoki, Akira Sekine, Junya Enoki, and Yuichiro Umehara all lend their voices to the anime series.

After being announced in 2018, the first animated visuals and images of Pacific Rim: The Black anime series, based on the cult film series from Legendary Pictures, was released. The presentation showed off the opening title sequence of the 2021 series from Polygon Pictures and co-showrunners Craig Kyle and Greg Johnson.

Long ago, humanity defeated the Kaiju. Now, they’re evacuating Australia. In 2021 join a pair of siblings and their battered, long-abandoned Jaegar as they battle across a continent of danger in Pacific Rim: The Black. @Legendary @POLYGONPICTURES pic.twitter.com/P5ZHZYv9OQ

When biohazards run wild, only a pair of veteran zombie slayers can get the job done. Resident Evil: Infinite Darkness is a new original series set in the canon of @CapcomUSA_’s classic survival horror franchise @RE_Games, coming next year. pic.twitter.com/nuBKVgXuzp

A continuation of the Netflix anime series, directed by Masahito Kobayashi with animation production by dwarf studios and San-X Co., Ltd.

Grab your tickets and get in line for a new series of stop-motion adventures with Rilakkuma and Kaoru! Join Rilakkuma, Korilakkuma, Kiiroitori, and Kaoru as they explore an amusement park in its closing hours when Rilakkuma’s Theme Park Adventure arrives next year. pic.twitter.com/qU2qzSl7pH

After originally being announced on October 5, Netflix released the first trailer and visual for the newest adaptation of Spriggan. Based on the 1980s to 1990s manga series written by Hiroshi Takashige and drawn by Ryoji Minagawa, the new adaptation will be released on the platform in 2021.

As the armies of man battle over ancient relics, one organization will do all it can to seal them away. Here’s a first look at 2021’s anime series adaptation of legendary action manga Spriggan in action! @DPInc_official pic.twitter.com/ukTzI0nlMS

Spriggan is directed by Hiroshi Kobayashi (Kiznaiver), with character designs from Shuhei Handa (Little Witch Academia) and series composition from Hiroshi Seko (Mob Psycho 100), and will be produced at david productions.

The Way of the House Husband

Based on the award-winning manga by Kousuke Oono, J.C.Staff will head the production of The Way of the House Husband. The series will be directed by Chiaki Kon, with Kenjiro Tsuda playing the main character Tatsu.

A new season of the award-winning Thermae Romae series was announced during the presentation, entitled Thermae Romae Novae (novae means new!). A visual for the upcoming series was released. Mari Yamazaki will be drawing new episodes for the series. Production by NAZ.

All four episodes of the OVA anime series for JoJo’s Bizarre Adventure spin-off Thus Spoke Kishibe Rohan will be coming to Netflix in 2021.

To truly capture the ways of the world, this manga artist will scour the globe for inspiration! All four episodes of Jojo’s Bizarre Adventure spin-off Thus Spoke Kishibe Rohan make their Netflix debut 2021. pic.twitter.com/cONOzo0d3B

Netflix announced during the live stream that the second chapter of Rooster Teeth's Transformers: War For Cybertron will be coming soon.

With the Allspark lost and Decepticons trapped on a dying Cybertron, Optimus Prime pushes the Autobots to the limit in the depths of space. EARTHRISE, the second chapter of the Transformers: War for Cybertron trilogy, is coming soon. @RoosterTeeth @Hasbro pic.twitter.com/up6g4Qt3QB

New anime series based in Manila, TRESE, was announced. The stream noted that because the series is being created in the Philippines, the creators will have a different perspective of Manila than someone not from the city.

Vampire in the Garden

Vampire in the Garden, a new original anime series from WIT STUDIO, was announced by Netflix. The vampire series, which is being directed by Ryotaro Makihara (The Empire of Corpses), with character designs and animation direction Tetsuya Nishio (Naruto) and art direction from Shunichiro Yoshihara (Attack on Titan), will be out on the platform in 2021.

Once, vampires and humans lived in harmony. Now, a young girl and a vampire queen will search for that Paradise once again. Here’s your first look at Vampire in the Garden, an original story from @WIT_STUDIO premiering next year. pic.twitter.com/9Z55Cn3ijV

Yasuke, headed by MAPPA and directed by LeSean Thomas, released the first character sheets of the Black samurai Yasuke as well as the legendary Oda Nobunaga, both drawn by character designer Takeshi Koike.

A village in danger, a mysterious child, warring daimyo, and the greatest ronin never known all clash in a Japan of magic and mechs. Learn the story of the first African samurai when LeSean Thomas’s Yasuke, voiced by Lakeith Stanfield, arrives next year. pic.twitter.com/jCabzutMIv

Lakeith Stanfield will voice Yasuke, with animation produced at MAPPA and music produced by Flying Lotus. Yasuke is scheduled for 2021 on the platform. 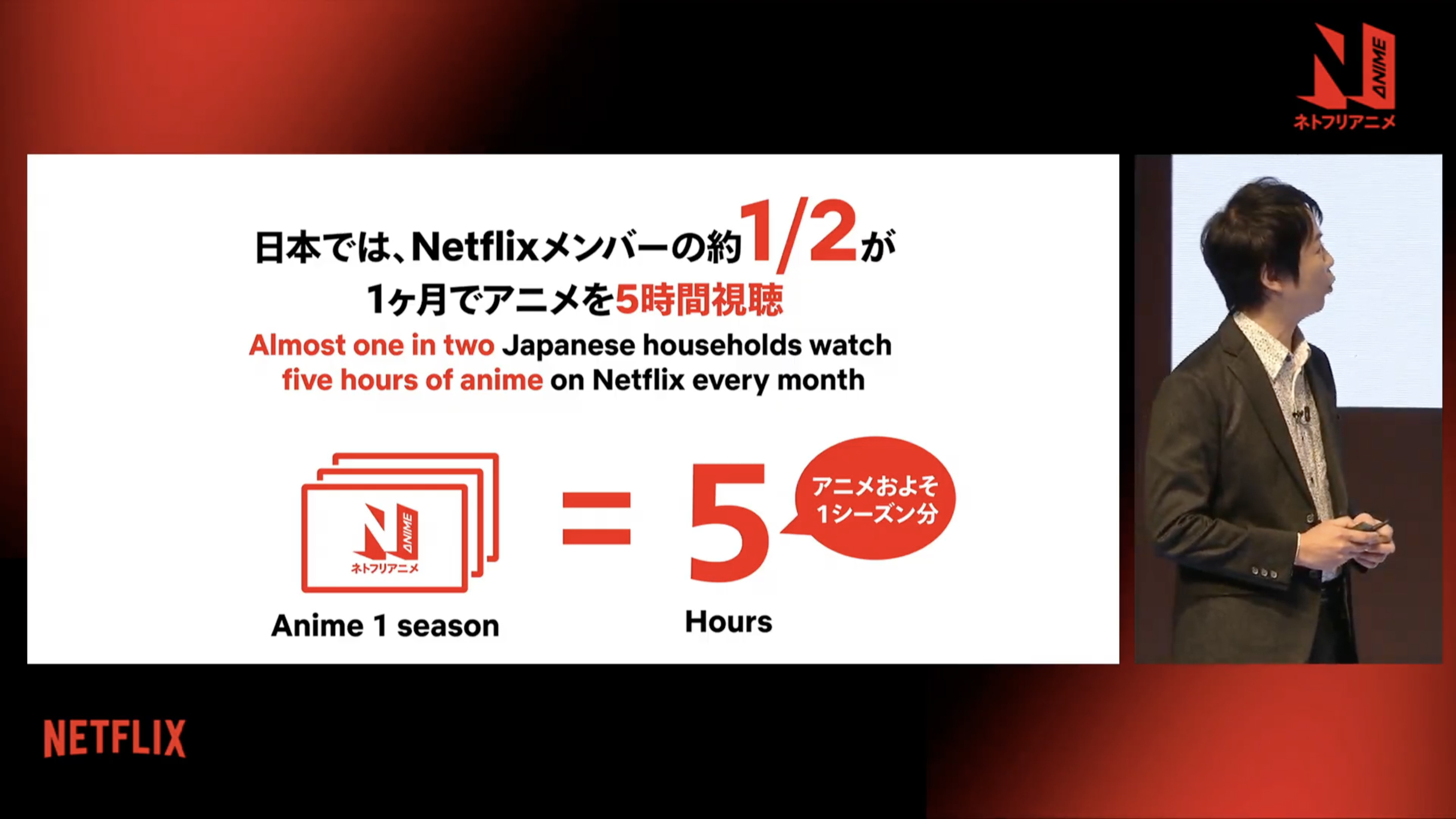