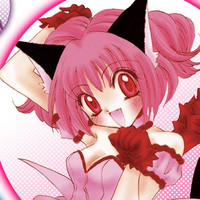 The official YouTube channel for the Tokyo Mew Mew franchise has posted the first episode of "TOKYO MEW MEW NEW Prologue!" (English sub is available), a documentary program to introduce behind-the-scenes of the audition process for the role of the protagonist Ichigo Momomiya in the upcoming all-new anime Tokyo Mew Mew New.

The program is narrated by Ichigo Momomiya's original voice cast Saki Nakajima (in the 2002-2003 TV anime) and its first episode shows how its event audition was held in August. New videos will be posted on the channel on the 2nd, 12th, 22nd of every month.

As part of the 20th-anniversary of the Tokyo Mew Mew manga created by Reiko Yoshida (story) and Mia Ikumi (arts), as well as the 65th-anniversary of Kodansha's Nakayoshi shoujo magazine in which the manga was serialized, the new anime project Tokyo Mew Mew New was announced in April 2020. How and when it will be distributed is currently unknown.

The open audition for Ichigo Momomiya began in April 2020 and a total of 3,000 people have applied. The winner will be signed to an exclusive contract with Pony Canyon's voice acting agency Swallow and will play the character in the new anime. Also, she will make her major singer debut as the center of the voice actress idol unit for the anime from Pony Canyon.

First, we are repoting
the Event Screening of the public Audition????https://t.co/rs2TSqFDbM

New videos will be uploaded on the 2nd, 12th, and 22nd of every month✨Don't miss it!

PV for "bitter sweet darling," the assignment song for the third round of the audition: