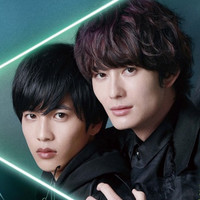 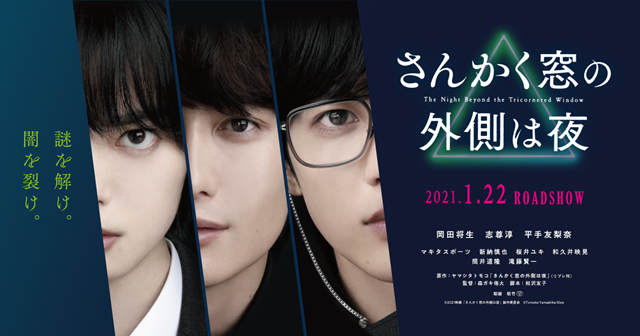 The official website for the upcoming live-action film adaptation of Tomoko Yamashita's supernatural mystery manga Sankakumado no Sotogawa wa Yoru / The Night Beyond the Tricornered Window has started streaming a 60-second full trailer featuring its theme song "Kuraku Kuroku" by a Japanese rock unit Zutto Mayonaka de Iinoni. / ZUTOMAYO. The clip begins with a dialogue by Erika (Yurina Hirate), "I'm going to curse you. You will be cursed to die."

The Yukihiro Morigaki (TV CMs for Nisshin's Cup Noodle and Cygames' smartphone game Granblue Fantasy)-directed film was originally set for  October 30, 2020, but has been postponed to January 22, 2021, due to the COVID-19 pandemic.

The film's story begins when Rihito Hiyakawa (Masaki Okada / Kotaro Katsura in the Gintama live-action films) and Kosuke Mikado (Jun Shison /Right/ToQ 1gou in Ressha Sentai ToQger) start pursuing the mystery of a strange serial murder case at the request of Detective Hanzawa. Then a cursed body is found. As looking for the truth behind the case, they hear the voice of a serial killer who committed suicide saying, "I was cheated by Erika Hiura..." Erika Hiura (Yurina Hirate / ex-Keyakizaka46 member) is the name that the two have heard many times during their previous cases to remove the spirits of the dead. Erika looks like an ordinary high school girl at first glance, but in fact, she has a strong curse power and darkness in her heart. 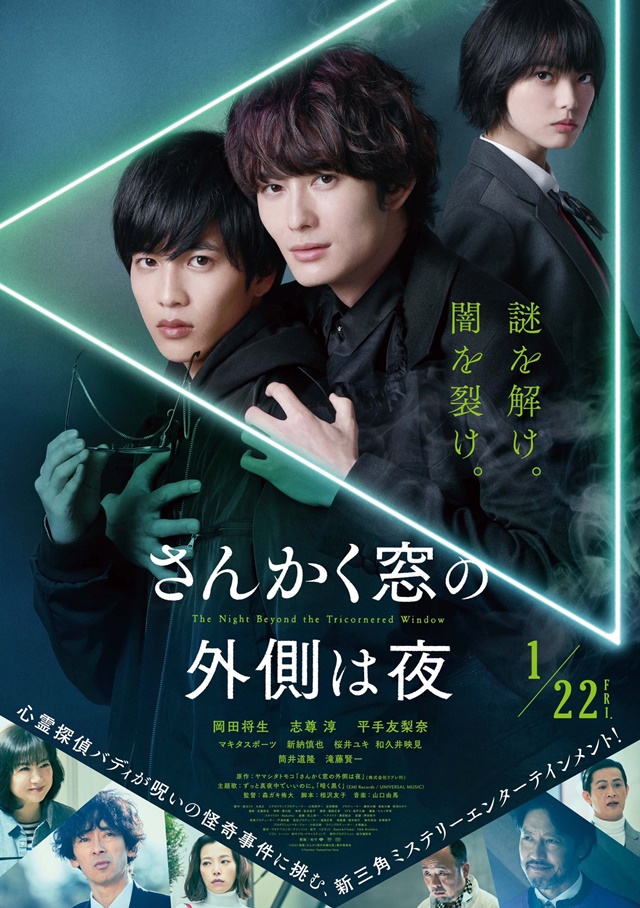 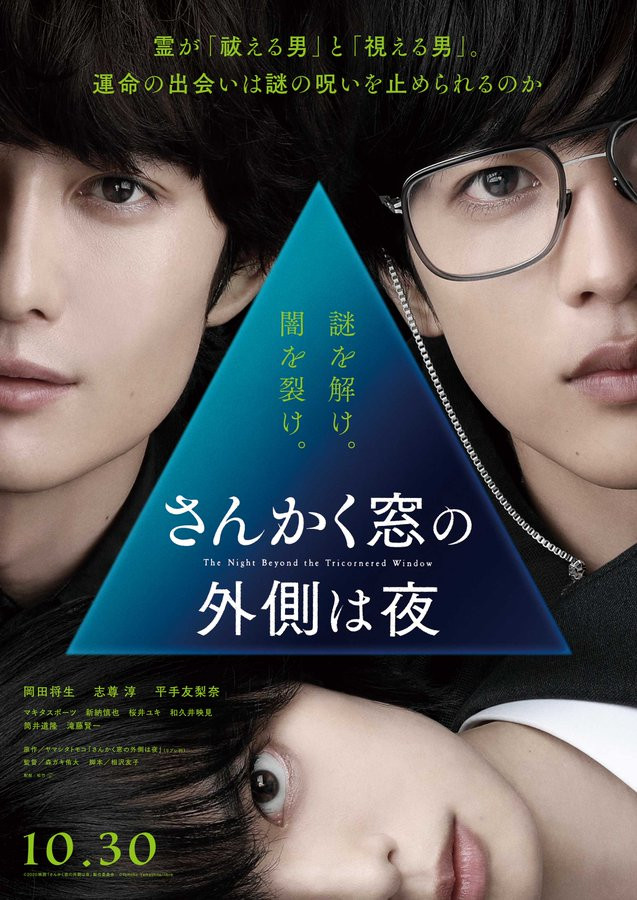 Tags
the night beyond the tricornered window, live-action, masaki okada, jun shison, trailer
« Previous Post
Mother/EarthBound Series Gets Its Own Temporary Shop in Japan
Next Post »
A Documentary Program to Introduce Tokyo Mew Mew New VA Audition Starts Streaming on YouTube
Other Top News
0 Comments
Be the first to comment!
Sort by: