The news series will be streamed on the "Gundam.INFO" portal site worldwide 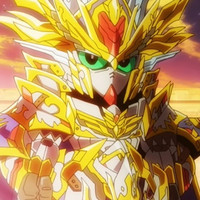 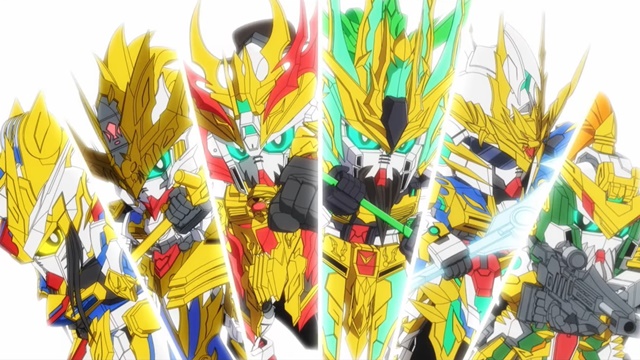 With the first anime SD Gundam World Sangoku Soketsuden, the series was launched in 2019 as a reboot project of the BB Senshi Sangokuden franchise in the mid to late 2000s. All of the main production staff members of Soketsuden, including director Takahiro Ikezoe and series composition writer Toko Machida, will continue to work on World Heroes as well.

As with its its predecessor, the characters in Soketsuden are inspired by those in the classic 14th-century Chinese literature, Romance of the Three Kingdoms, and some main characters from Soketsuden, such as Liu Bei Unicorn Gundam, will also appear in World Heroes.

The balance of the worlds is maintained by heroes. Suddenly a red-hot meteor falls upon one of these worlds, called Neo World. An amnesiac youth named Wukong Impulse Gundam appears at the point where it landed. The chaos that starts with this incident spreads through the other worlds, one after another. At the same time, Zhuge Liang Freedom Gundam learns via astrology of an impending disaster. He and his sworn friend Liu Bei Unicorn Gundam take action to save the worlds from this crisis, and begin a journey along with Wukong. What will Wukong Impulse Gundam think as he meets the heroes of each world? Will this youth bring about peace or catastrophe? Now begins a new story of heroes! 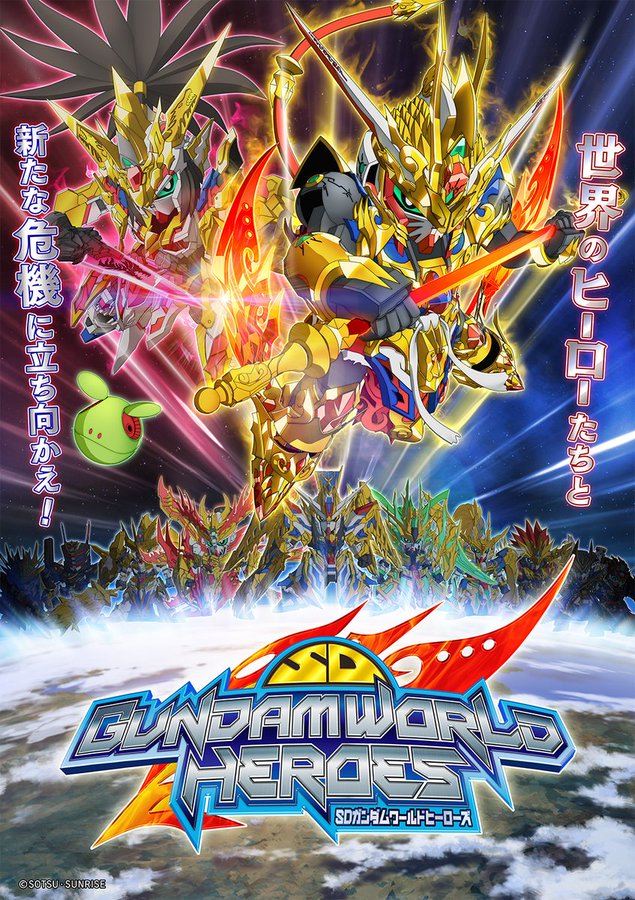