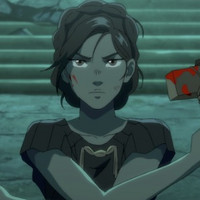 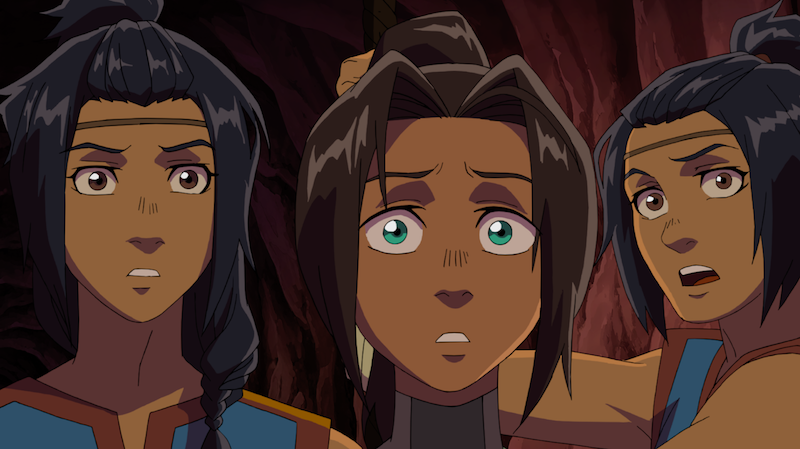 One of the series among the exciting first slate of Crunchyroll Originals is Onyx Equinox, which is a Crunchyroll Studios Production created by Sofia Alexander. The show is set to premiere on Crunchyroll November 21, and we had a chance to dive a little deeper while we wait with some comments from the creator.

Here's what Sofia had to say about a few key aspects that make Onyx Equinox special.

Mesoamerica World-Building and How It’s Incorporated 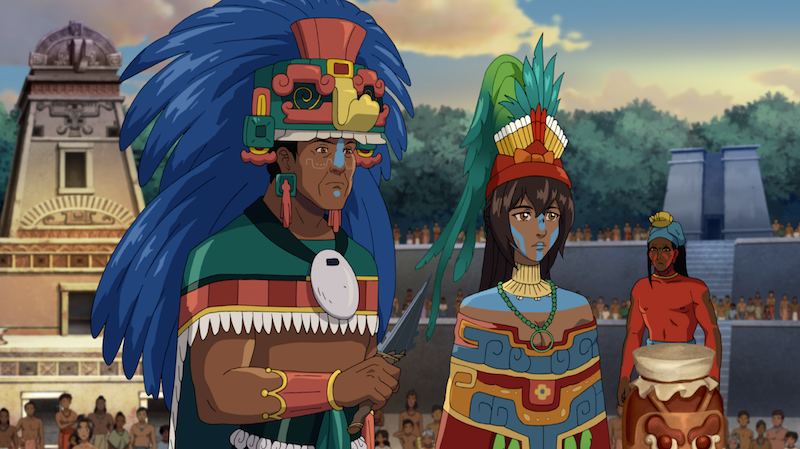 My main objective was to represent and honor some of the many cultures we explore in Onyx Equinox. The general public is more familiarized with the Aztec and Maya cultures, which is why I saw an opportunity to introduce some of the many others which are just as awe-inspiring. Each region and culture had a different way of dress, the colors they wore and used, how they built their cities, bartering goods, and even their own pantheon.

There was thorough research that two months of development could afford us. We had the help of the Institute of Anthropology and History (INAH), an archeologist, professionals in the languages, as well as proactive Onyx team members. We were as careful as possible to keep true to each culture before heightening it to fantastical versions—like adding monsters based off of regional fauna true-to-the-period, and ancient technology using the real Olmec culture as inspiration.

Even the music for each character, and the colors we use, are symbolic and representative. Turquoise was a symbol for life and the otherworldly, red for blood and the mortal realm, and the pink used for the technology represents modern Mexico.

It’s an honor and a joy to show the beauty and rich culture of my country. I hope the audience will feel a connection to the characters, the world, the myth, and fall in love with the beautiful and more hidden parts of Mexico. 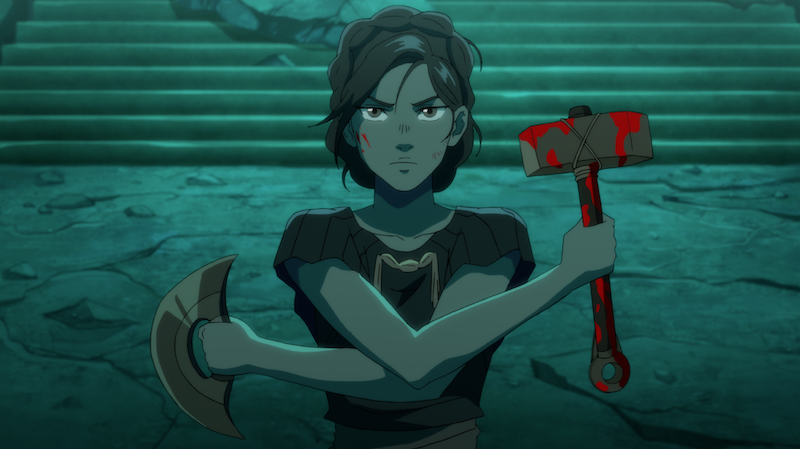 I grew up mainly on anime and serialized storylines due to its popularity in Mexico. This led to my preference in the format; some with much more mature themes and content. My need to see Mexico painted in a different light—a fantastical, epic and awe-inspiring way—brought the initial concept of Onyx Equinox to life.

The story centers around a young teen who’s experienced extreme loss and trauma. I fought with myself at the idea of using such a young character under these circumstances. However, using Izel as a metaphor for the heart and mind, someone powerless to the world around them, felt right. 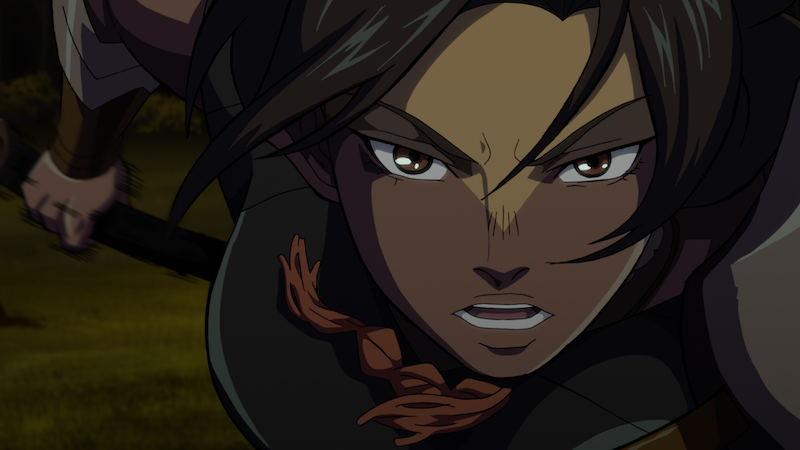 The theme of trauma and mental illness is often skimmed over, and I wanted to go through the sloping journey with someone who will come out the other way triumphant, though not fully healed.

We’ve all been in a dark place where we feel like we could never get back up, and most of the time, that darkness gives comfort and the wrong perception that everything and everyone is working against you. We can all find common ground in the more somber and tragic aspects of the human condition.

Telling a story about losing loved ones, mental health, trauma, and eventual growth and acceptance of one’s flaws and our place in the world, felt as important as lighthearted stories that teach us everything beautiful in life.

The Most Exciting Parts of the Story, Production, and Development 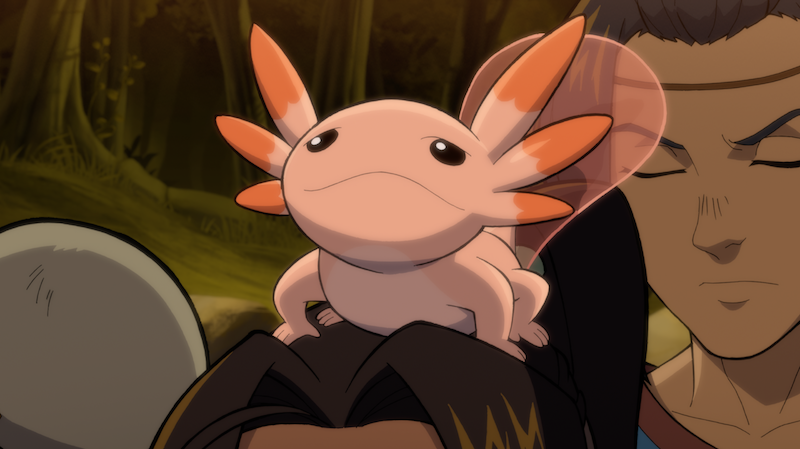 The research and the challenge of bringing an ancient world back to life in a seamless way.

This was such an involved process that continued throughout the making of the show, going as far as, while in production, needing to backtrack to places where we could make changes, as well as knowing when to leave it as is. The tragic loss of knowledge upon the colonization of Mesoamerica left us with many questions. Questions that have left professionals theorizing and disagreeing with their outcomes. These gaps in knowledge were where I found to add a fantastical spin to the story.

It was exciting to find just how much myth and legend there was to share with the world that had yet to reach the media. There were no preconceived ideas that would limit our thinking. It was both a very liberating, exciting feeling, and yet terrifying because there were no guidelines. There were no rules set I had to mimic out of fear the audience wouldn’t recognize it. 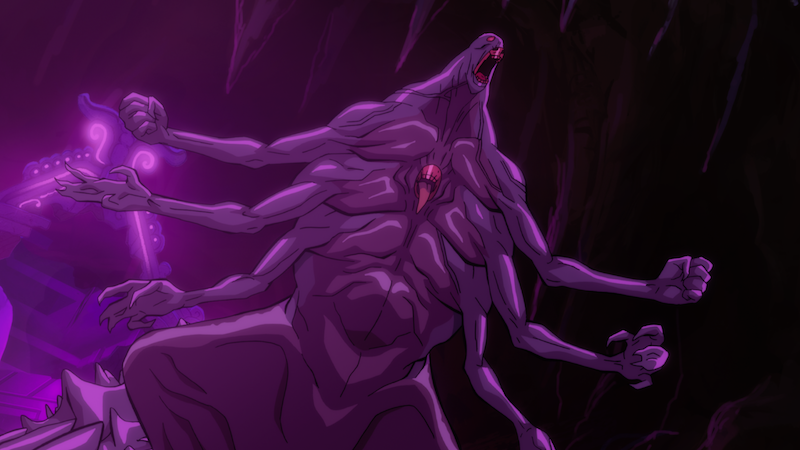 For the ones that are already in popular media, like Quetzalcoatl, I was still trying to see a way of breaking the mold and find ways to truly make the design feel like it belonged to the world, using the glyphs as our main inspiration. The goal was to reverse engineer these glyphs and bring them to life, doing justice to the thought behind what they were trying to interpret. With the glyphs and codices as our blueprint, we took those designs and tried to imagine what they would’ve seen.

We were trying to design the world, monsters, and gods, based on the glyphs. Based on what the artist of the glyphs had seen and interpreted. Think ugly medieval cat paintings. We know cats don’t look that way, but that’s what the artist was able to interpret.

Get ready for Onyx Equinox on November 21!