Drafts will now be written by the creator of Boruto's dad! 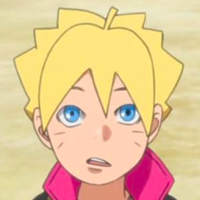 The official Twitter account for the Naruto/BORUTO: NARUTO NEXT GENERATIONS manga franchise announced today that Masashi Kishimoto, the creator of Naruto, will be returning to the manga series, taking over the writing duties from Ukyo Kodachi starting with the November chapter of the series in V Jump.

"About the Boruto manga:

Starting with Chapter 52 of Boruto, which is set to be published in the December issue of V Jump (on sale November 21), the production team will change as planned from the start.

We would like to thank Kodachi-sensei for all his hard work on writing the story thus far.

From now on, we will continue to produce the series based on drafts written by Masashi Kishimoto-sensei."

Kishimoto's previous manga series Samurai 8: The Tale of Hachimaru finished in Weekly Shonen Jump in March 2020, giving him more time to be hands-on with his original series, of which he was only supervising previously. We look forward to seeing how the series progresses under Kishimoto and also thank Kodachi for all the hard work he's put into building the world of BORUTO: NARUTO NEXT GENERATIONS.

BORUTO: NARUTO NEXT GENERATIONS can be watched on Crunchyroll along with the series that started it all, Naruto and Naruto Shippuden!