Love Live! music producer and Lupin Part IV scriptwriter are on board 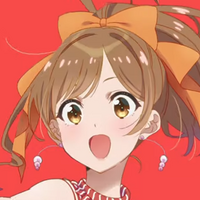 Kadokawa is preparing to bring the world of talent reality shows to anime. SELECTION PROJECT is a planned media mix project focusing on nine upcoming idols, and the anime adaptation now has a PV showing off the hopefuls in the fictional competition.

Directed by Daisuke Hiramaki (NEW GAME!) at Doga Kobo and scripted by Yūya Takahashi (Lupin the 3rd Part IV), the series focuses on national idol reality show "Selection Project." Hopeful idol Suzune dreams of being an idol, and enters the seventh annual contest for a chance at stardom. Along with eight other girls who won regional qualifiers, she'll go on to compete at the top level.

Check out the new PV showing the nine competitors:

An official website has also opened for the project, featuring character art and profiles. No voice actresses have yet been connected to the fictional idol hopefuls.

The anime iteration of SELECTION PROJECT is due to premiere sometime in 2021.