Concept art for the internet-based film was released 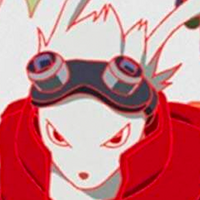 Famed anime director Mamoru Hosoda is returning to the 'net in his next anime film BELLE, known in Japan as Ryu to Sobakasu no Hime (The Dragon and Freckled Princess), scheduled to be released in Japan in Summer 2021. The first concept art for the title was released, depicting an online world called U, a place on the Internet where more than 5 billion people from around the world get together and the setting for the film.

Studio Chizu is proud to present Director Mamoru Hosoda's upcoming film, #BELLE coming to theaters in Japan in the Summer of 2021.

This will be the third time Hosoda will have directed an anime film that depicts the internet, with the first two being Digimon: Our War Game in 2000 (which was the basis of the second act of Digimon the Movie), and 2009 hit anime film Summer Wars. Hosoda mentioned in October that the storyboards for his next work were finished and that it'll be "a great piece of work."

Ryu to Sobakasu no Hime (The Dragon and Freckled Princess) is scheduled to be released in Summer 2021 with animation production at Hosoda's Studio Chizu and released by TOHO.