Haruba powers up to take on the Super Sentai genre! 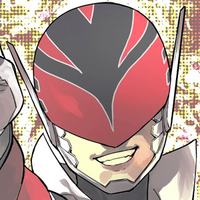 After nearly a year since The Quintessential Quintuplets came to an end in Weekly Shonen Magazine, bringing a conclusion to the waifu wars the series brought upon us, Negi Haruba lives to fight again! This time he has a squadron of Sentai soldiers at his pen and call in a new manga series titled Sentai Daishikkaku (Great Disqualification Sentai).

Haruba tweeted out a teaser image of the group along with the announcement that the series starts in Issue 10 of Weekly Shonen Magazine, which goes on sale in Japan on February 3.

Which sentai ranger do you think will win? Let us know down in the comments below!