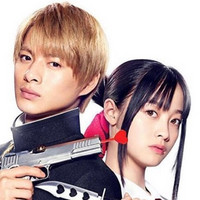 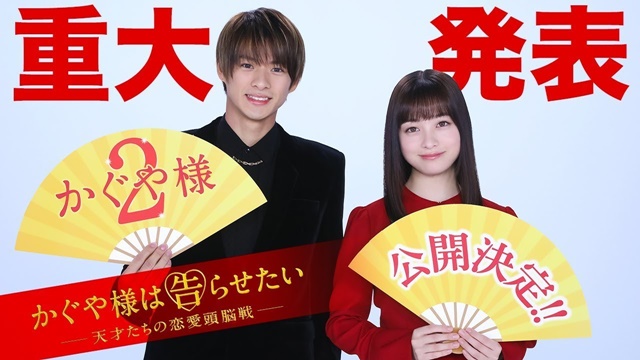 As expected, the "big announcement" was about the much-awaited sequel! During the first film's first terrestrial broadcasting in Japan last night, it was announced that the second live-action film adaptation of Aka Akasaka's romantic comedy manga Kaguya-sama: Love Is War is officially set to be released in Japan on August 20, 2021. The first film's Hayato Kawai will return to the director's chair and all of the main cast members are confirmed to reprise their roles.

Hirano: "We have good news for you."

Hashimoto: "What a surprise, the release of the sequel to the Kaguya-sama: Love Is War film has been decided!"

Hirano: "Will I be able to appear?"

Hashimoto: "I'm sure you will."

Hashimoto: "We need you in the film."

Hirano: "I see. We'll be bringing you an even more powerful romantic battle film."

The firt film was released in Japan on September 6, 2019, and topped the weekend box office ranking with an impressive 315 million yen, beating Makoto Shikai's Weathering With You. It earned 2.24 billion yen from its domestic run to become the 24th top-grossing film of 2019.