Evangelion: 3.333 You Can (Not) Redo's IMAX Screenings Temporarily Suspended 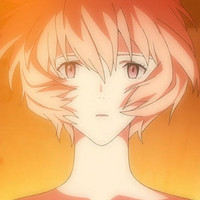 3.333 is a more advanced version of 3.33, which was recalibrated for the DVD/Blu-ray release in April 2013. It was re-shot and partially retaken in 2K under the full supervision of Hideaki Anno, the general director, and was scheduled to be screened in Japanese IMAX theaters from today, January 8, to 22, 2021.

The visual and audio materials for the IMAX screenings of Evangelion: 3.333 You Can (Not) Redo., which was scheduled to be released on January 8, were delivered by khara to The IMAX Corporation. Then a serious work deficiency due to some audio tracks not being reflected was found in the process of finishing the film to IMAX specifications. We are sorry to inform you that we will not be able to show the film as it should have been shown. Therefore, we have decided to temporarily suspend the screenings of the film from today, January 8, and we sincerely apologize to all those who have been looking forward to the screenings.

Ticket refunds will be accepted at the theater where the tickets were purchased. A new release schedule will be announced as soon as it is finalized.