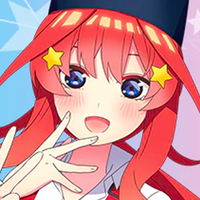 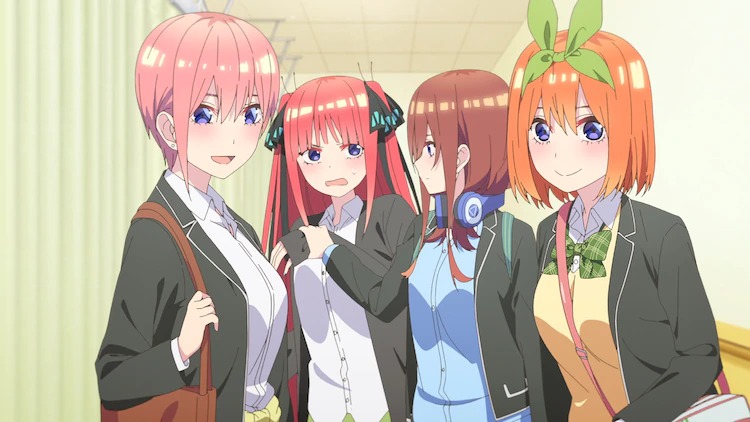 The cute Quintuplets that are lighting up Crunchyroll each week will also be lighting each Kappa Sushi store around Japan from January 16 in a special collaboration with the second season of The Quintessential Quintuplets that will see the girls begin a part-time job at Kappa Sushi, and visitors to the chain will be able to get a special gift to commemorate the occasion. 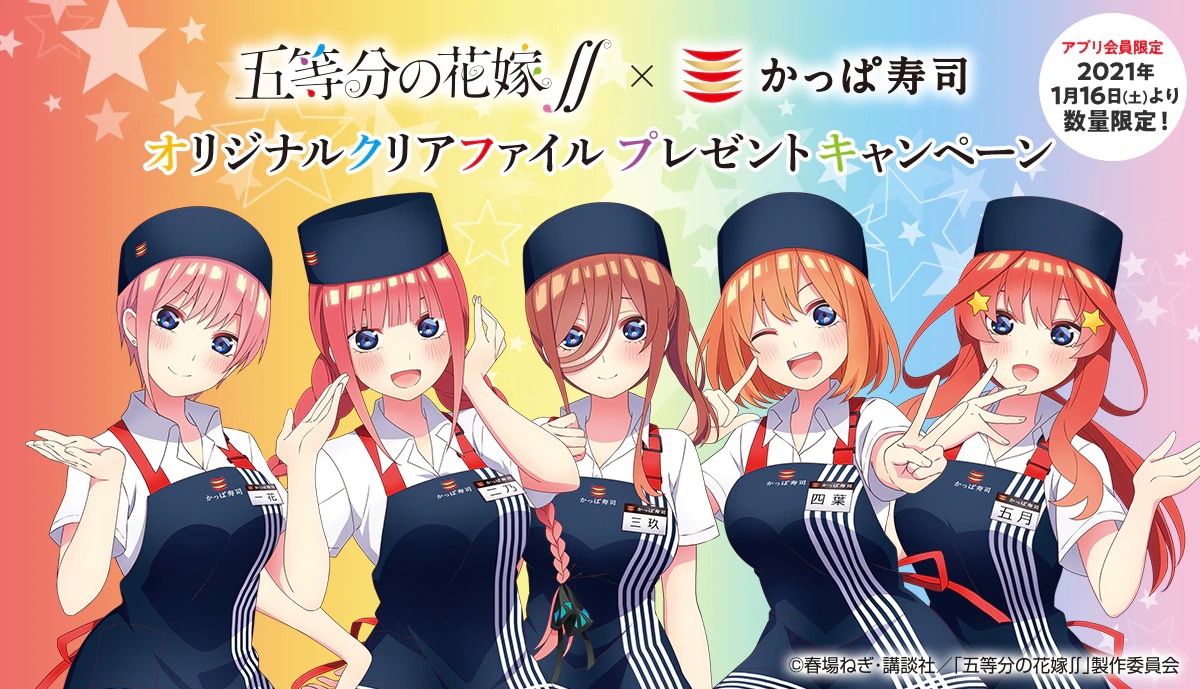 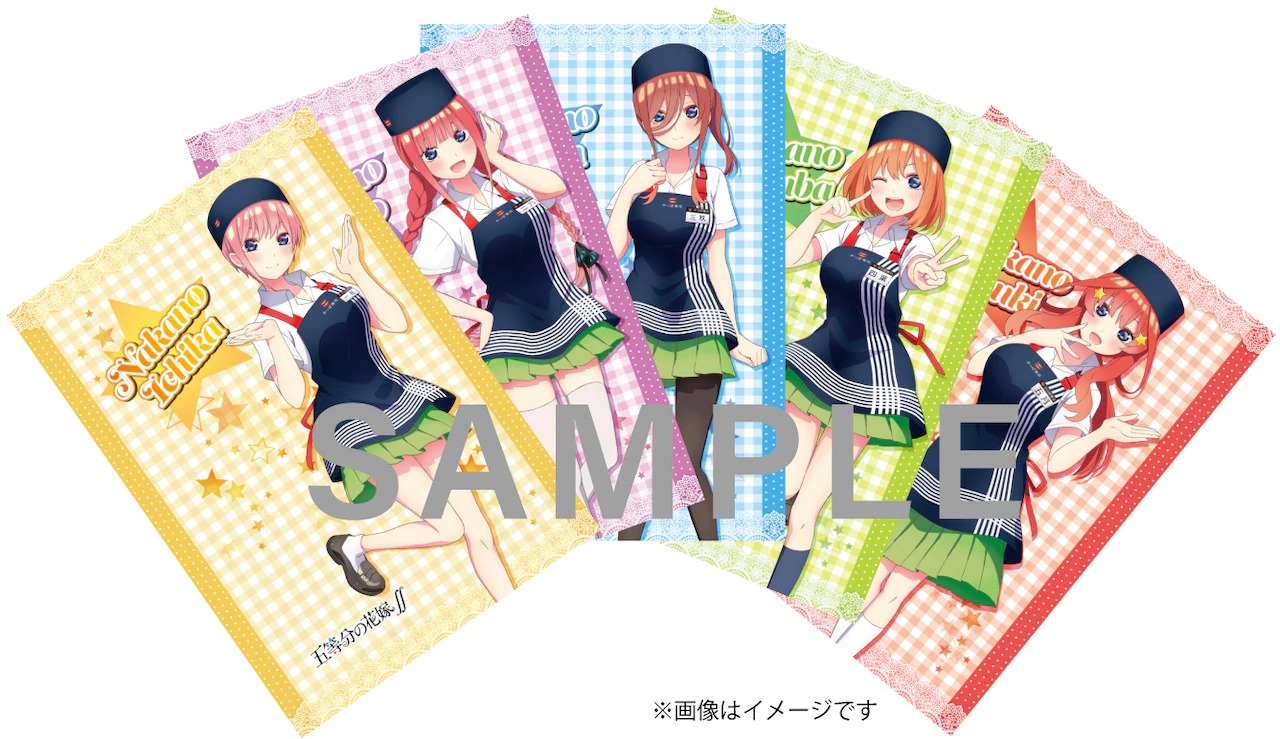 For every 2,000 yen (US$19.20) spent at any Kappa Sushi restaurant around Japan, visitors get one random clear file (above) of one of the girls. The clear files show each girl donning the Kappa Sushi uniform. A retweet campaign has also started where if you follow the account and retweet the campaign Tweet that will go out on January 16, you can go in the running to win a special clear file that features all the girls.

Due to the current State of Emergency to combat the coronavirus in Japan, stores in the Greater Tokyo Area will be closing at 8 PM. The campaign will also be available for take-out orders, as long as the Kappa Sushi app is used at checkout.

The Quintessential Quintuplets 2 TV anime is currently streaming weekly on Crunchyroll as it airs in Japan.