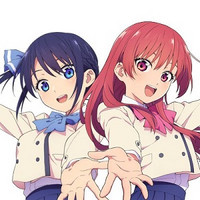 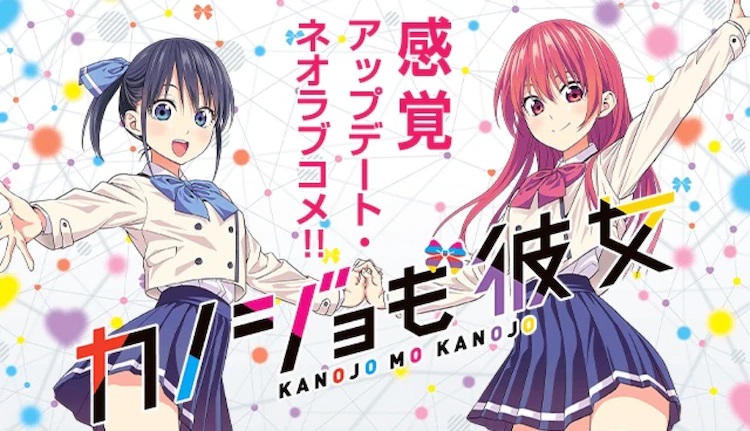 Good news for fans of slightly more complicated romantic comedy relationships! The main staff and a new teaser visual (below) have been revealed for Kanojo mo Kanojo ("Girlfriend and Also Girlfriend"), an upcoming TV anime based on the "neo-standard romantic comedy" manga by Hiroyuki (AHO-GIRL) about a capable young man who has his hands full when he can't decide between two girls who are both interested in him. The main staff for the series includes: 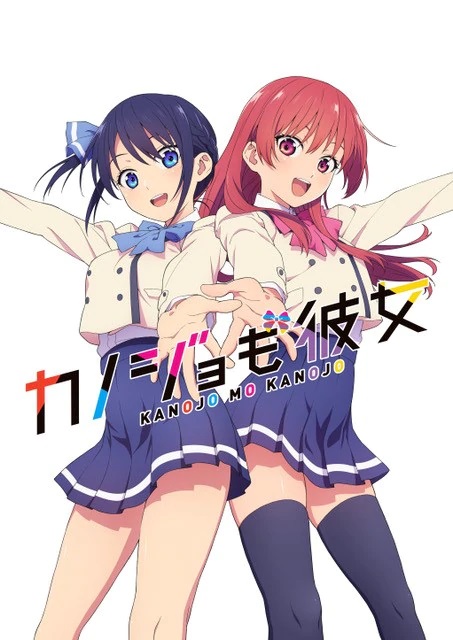 Kanojo mo Kanojo follows the romantic adventures of Naoya Mukai, a first year high school student who is serious but indecisive. When his classmate, Nagisa Minase, confesses her feelings to him, Naoya is conflicted, because he is already dating his childhood friend and nextdoor neighbor, Saki Saki. Rather than reject Nagisa outright or break up with Saki, Naoya proposes that he, Nagisa, and Saki all enter into a three-way romantic relationship, and hijinks ensue.

The Kanojo mo Kanojo TV anime is scheduled to begin broadcasting in Japan in 2021.