Check out the latest visuals for the March cinema release 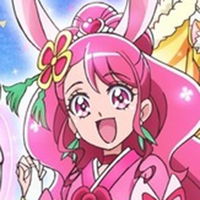 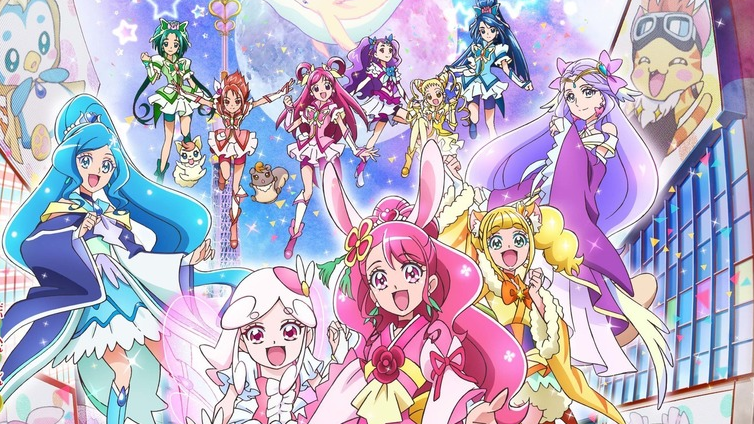 Due to COVID-19 delays, the Pretty Cure film schedule we've known for more than a decade has been knocked slightly off its orbit. Fortuantely, anyone hoping to see the new Tropical Rouge team in cinemas this March will have the chance, thanks to a short attached to the upcoming film.

The incumbent Healin' Good team gets their next cinema outing this spring in the upcoming Healin' Good♥Pretty Cure: Yume no Machi de Kyun! tto GoGo! Daihenshin!! The film sees the girls going to Tokyo in possession of an item known as the "Dream Pendant," which allows them to see a fantastical holographic version of the city. When danger strikes, they get assistance from the Yes! Pretty Cure 5 GoGo! team. Initially thought to be a secondary short release alongside the main film, the 2008 team's involvement will be part of the core movie.

The latest key visual shows the Healin' Good and GoGo! teams in a fantasy version of Tokyo, along with film-original character Kaguya.The Healin' Good Cures also sport their movie-specific Partner Forms, which include aspects of their respective animal mascots. 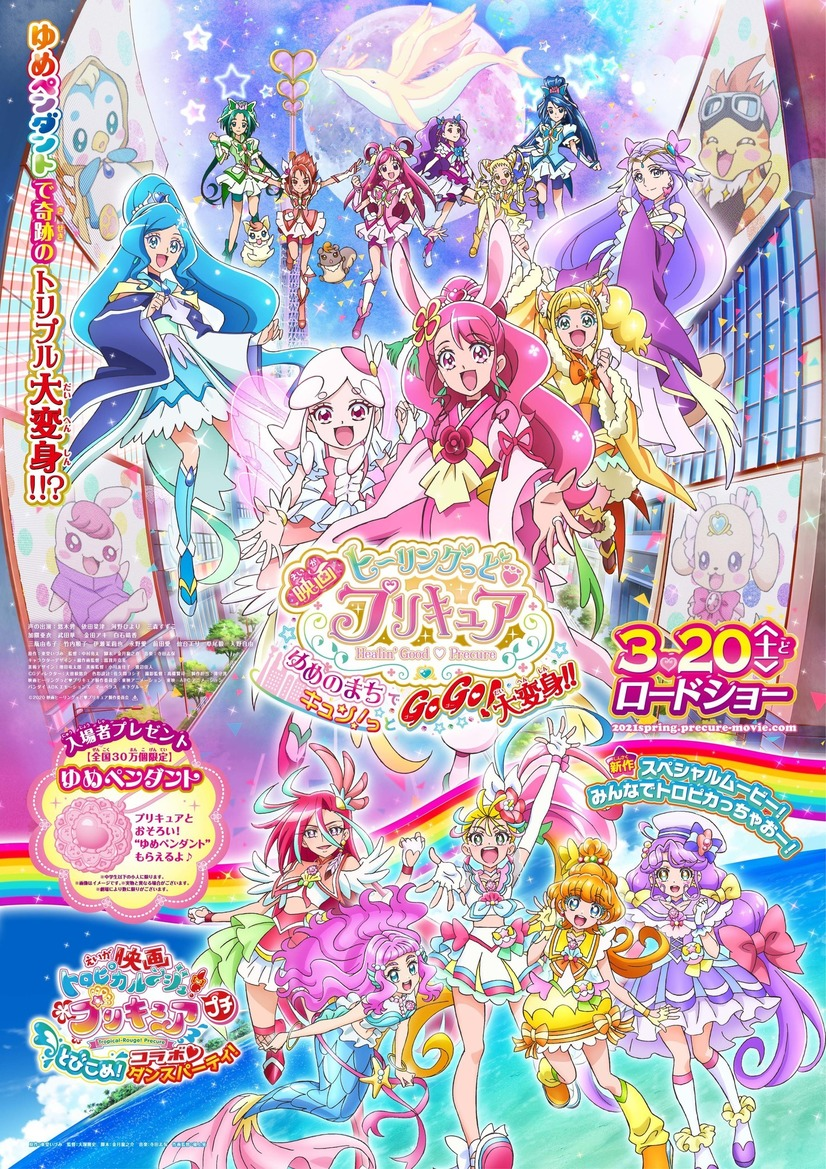 The GoGo! team won't be the only Cures making cameos in the film. A 3-minute short will also be screened. Eiga Tropical Rouge Pretty Cure Petit: Tobikome! Collab Dance Party! will feature the stars of the upcoming 2021 season. The girls receive a party invitation, but the start time is only three minutes away. When unexpected complications arise, the girls have to fight their way through to the dance party. 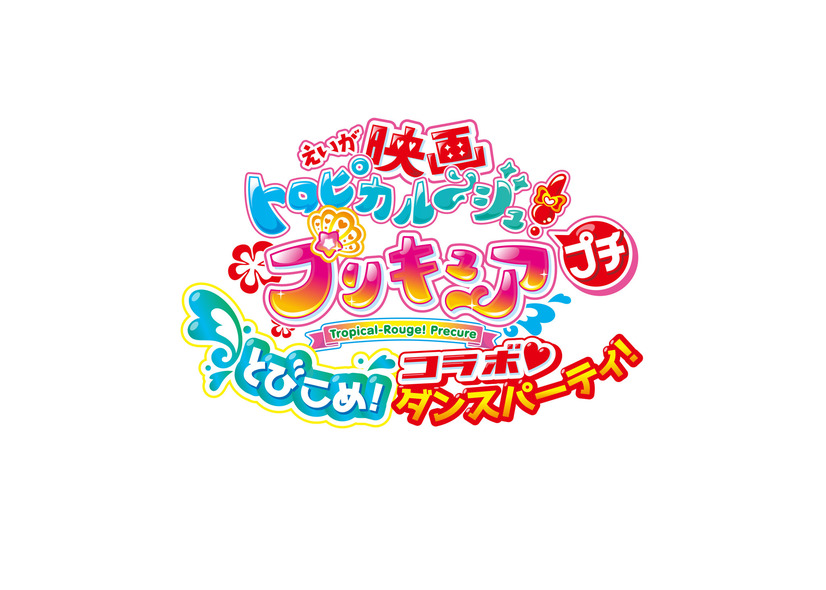 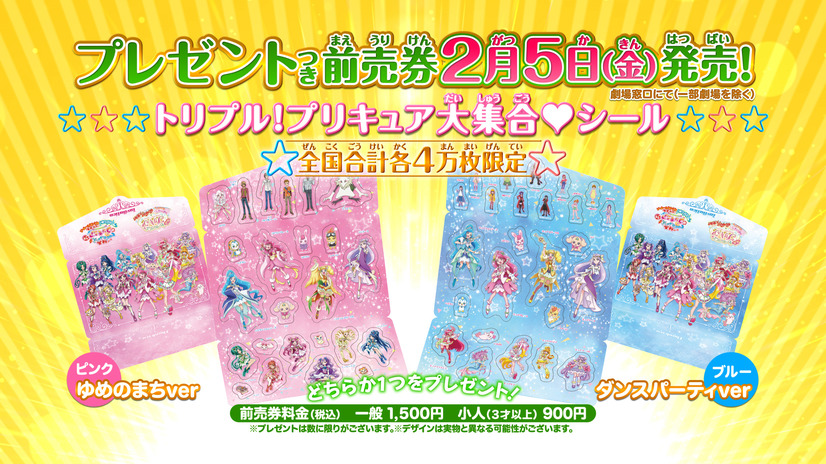 Attendees will also receive their own Dream Pendant, with an image of Cure Summer and Cure Grace: 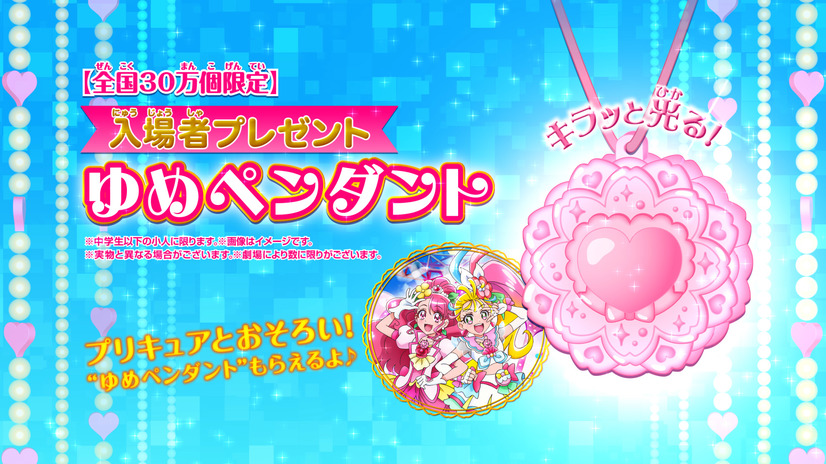 The Healin' Good Pretty Cure movie premieres in Japan on March 20. Tropical Rouge Pretty Cure will premiere in Japan — and right here on Crunchyroll — next month.